Montcalm Co. intersection where baby was killed has history of crashes 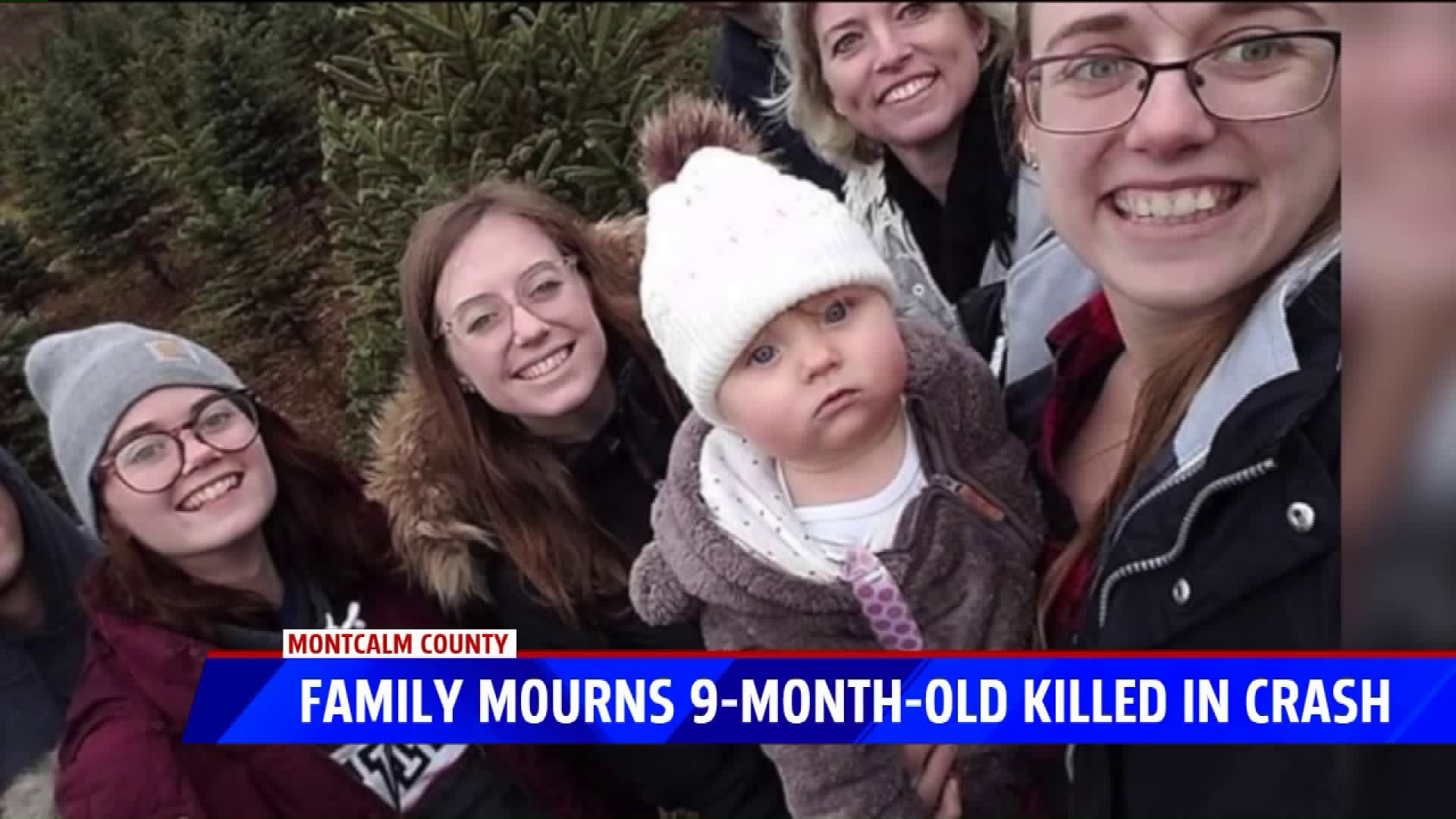 MONTCALM COUNTY, Mich. — A 9-month-old has died after a three-car crash Sunday on a busy road in Montcalm County, a family car ride home from church ending in tragedy.

Neighbors and state police say this isn't the first time a crash has happened at this intersection.

In the last year, the intersection of M-46 and Amble Road has seen three major crashes, with Sunday’s crash leaving many members of the Baker family in the hospital and 9-month-old Annalee Baker dead at the scene. On Monday, 18-year-old Samantha Baker died from injuries sustained in the crash.

"When they called, we all had a little tear to share," says family member, Curtis Boerema. "Everyone is hurting."

Four people were inside the vehicle that was rear-ended.

"They were just driving home from church," Boerema said. "They were on their way home, and they got to their corner, and they were waiting to turn, and that's when it all happened."

The intersection has seen three serious crashes in the last year and nearly a dozen in the last five.

"The way the semis go through here because of the truck stop, it's two, three crashes at least a season," said Toby Adams, who lives near the intersection.

"On M-46 it's a wide open road," said Kevin Sweeney, MSP Lakeview Post commander. "The shoulders are pretty wide, so it's easy for people to get a little bit over the speed limit."

Though many of the crashes are minor, this weekend’s crash has left the family and this community reeling.

"We're very close here at church as a family, everyone," says Boerema. "Through this whole trauma thing, everyone is hurting. It's hard. I think that our whole church is a very close-knit family, and when one hurts, we all do."

The family now has a GoFundMe page.

Investigators say the drivers in the other two cars were hospitalized with minor injuries and that it is too early to tell if alcohol or speeding was a factor.