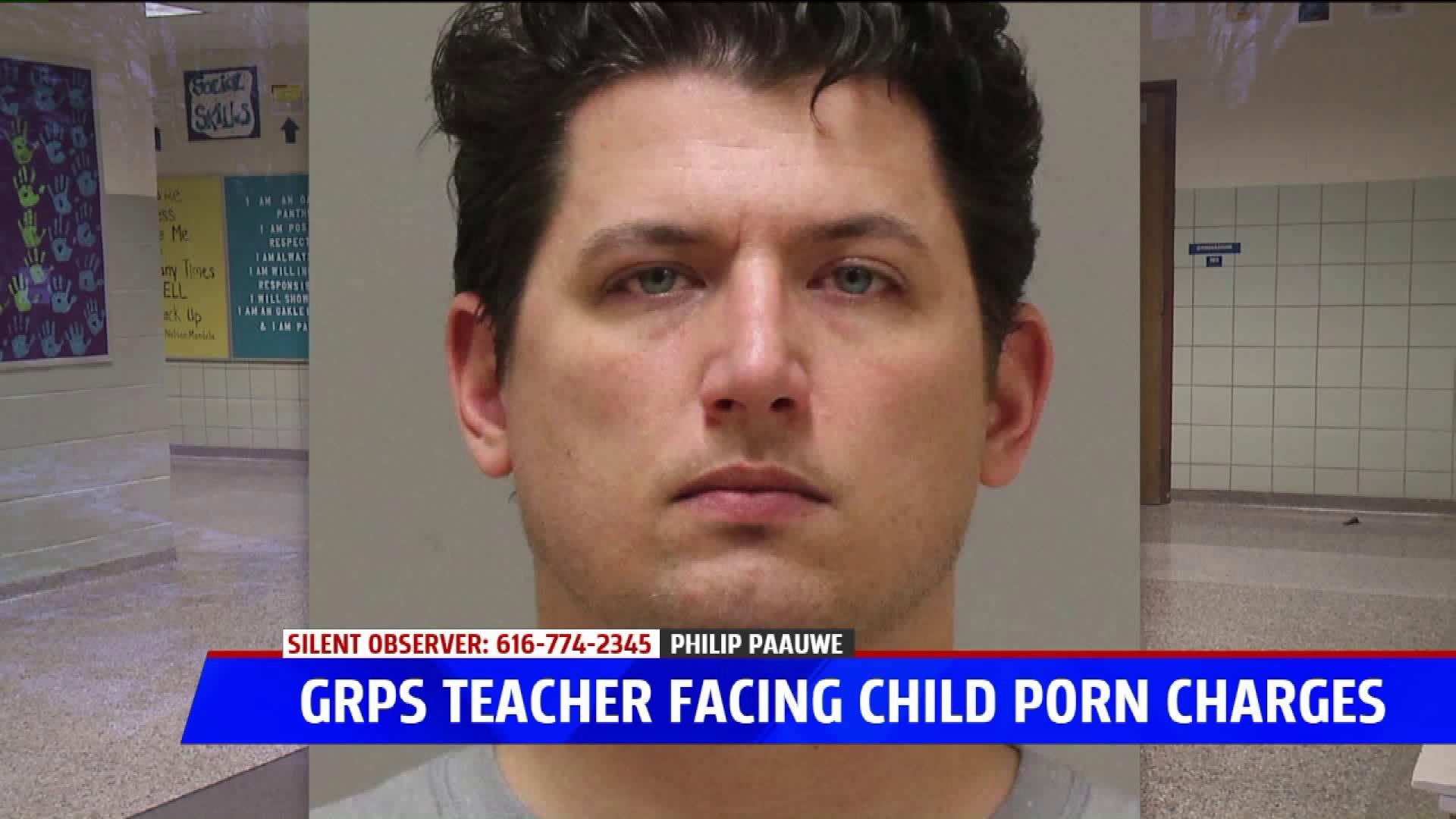 Philip Paauwe, 32, of Grandville, was arraigned Wednesday on charges of Possession of Child Sexually Abusive Material and Using a Computer to Commit a Crime.

Kent County Sheriff investigators say that they conducted an operation in November 2018 where an undercover officer chatted online with a person who they say expressed interest in having sexual contact with an underaged child. Investigators say that person was Paauwe and he was arrested on Tuesday.  They say they found that he was in possession of child pornography.

The investigation that brought Paauwe's alleged behavior to light is part of the West Michigan Based Child Exploitation Task Force, or WEBCHEX.

“Protecting our kids is the most important work we will ever do as police officers. The decision to dedicate someone full-time for a task force like this is an easy one for the sheriff’s office to make,” Kent County Sergeant Joel Roon said.

The Grand Rapids school district has confirmed that Paauwe is a teacher in the district and has been on the job for less than a year. He taught special education at KEC Oakleigh. He has been placed on unpaid administrative leave.  District officials say they do not believe that any GRPS students were involved and that they are cooperating with authorities.

“That element, the fact that he is a teacher and has access to kids…that adds a whole layer to this,” Roon said.

Sergeant Joel Roon says they are thankful at this point there are no real victims known to authorities.

“To have a proactive result, to actually drag what this guy’s doing out into the light, so it can be dealt with, without having a real victim in play, is a huge feat, and were proud of that,” Roon said.

But Roon adds that they are still investigating.

“We cannot rule out the possibility that there is not a victim out there at this point,” Roon said.

Anyone with further information should contact Kent County detectives at 616-233-0234.