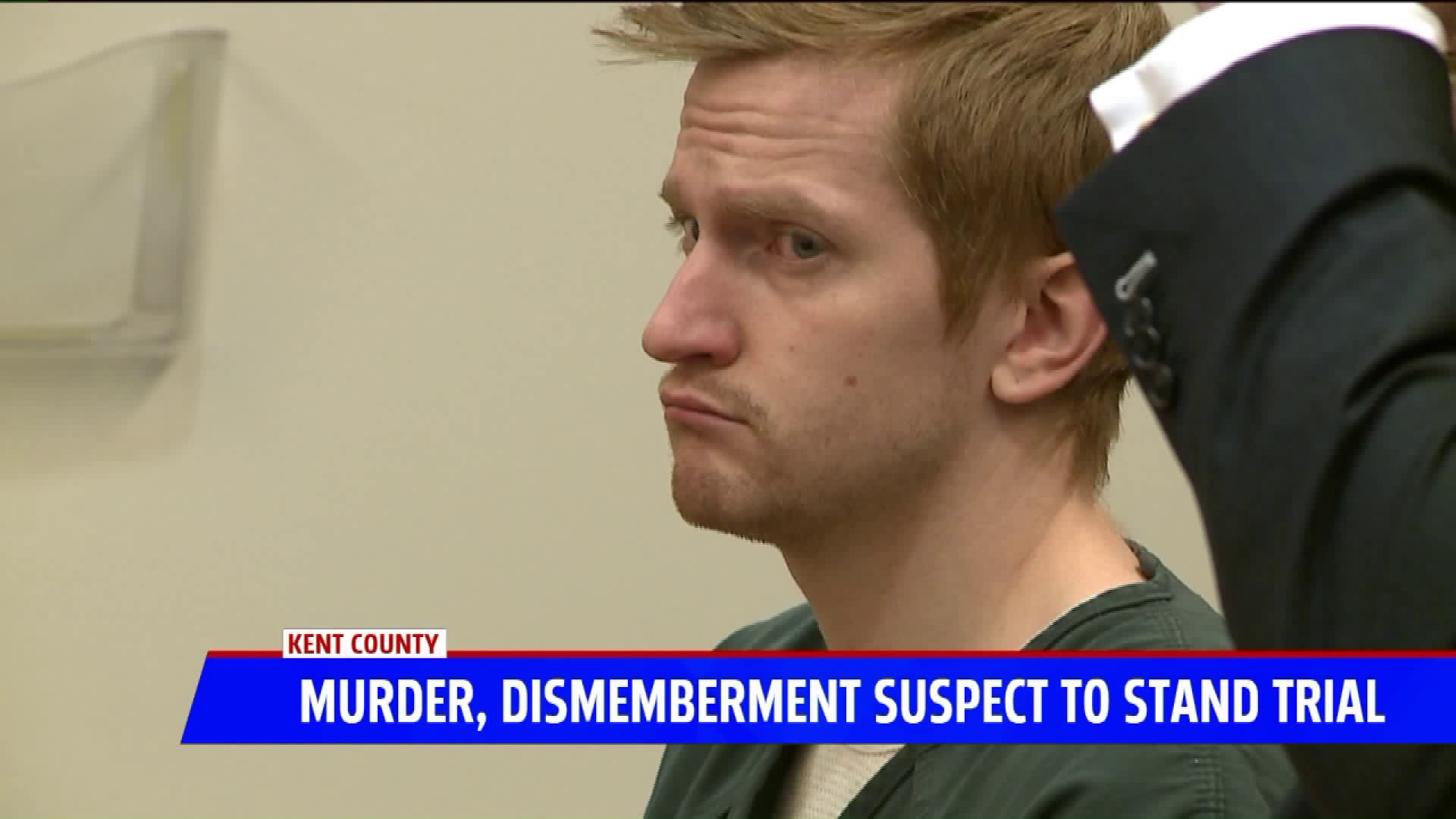 GRAND RAPIDS, Mich. -- Jared Chance is headed to trial for allegedly murdering and dismembering Ashley Young's body. Today's testimony convinced the judge a jury should hear the case. This decision came just one day after Chance's parents were bound over to circuit court on perjury charges, as well as charges of accessory after the fact.

Today's hearing shared similarities with yesterday's hearing. Some of the same witnesses testified. One key difference was Ashley Young's mother taking the stand. At times, Kristine Young became emotional but kept it together as she gave a timeline of the desperate search for Ashley.

"Ashley was my daughter," Kristine Young expressed with great difficulty.

Just moments before the heartbroken mother testified, her and Ashley's supporters said a prayer prior to Chance entering the courtroom for his preliminary examination. Late November, Kristine Young was supposed to meet with Ashley to co-sign on an apartment and became concerned when she didn't hear from her about scheduling.

By Friday, November 30th, Kristine said she threatened to call the police. She hoped that would encourage her daughter to respond. However, there was no response. She said several friends also hadn't heard from Ashley. Kristine said Grand Rapids police told her they couldn't do anything at that point since the 31-year-old left on her own free will. So the concerned mother did some investigating of her own and learned from friends Ashley had been with Jared Chance. She said Jared told her Ashley lost her phone.

The tipping point to get authorities involved came from Mario Nelson's disturbing discovery on Sunday, December 2nd. Nelson is Jared’s downstairs neighbor in his duplex. The two units shared a basement.

"I don't know if it's normal for anybody else, but there's not supposed to be blood in my basement," Nelson said to the prosecutor.

He said he was already concerned about his neighbor and said Chance had bragged about knowing how to cover up a murder. Nelson testified that he'd seen him behaving strangely with a revolver. However, when he smelled a weird, sewage-like smell coming from the basement and found blood he had his girlfriend call 911.

Detectives recovered parts of Ashley Young's dismembered body from a tarp and bag in a box in the basement.

Video surveillance from the day before the discovery shows Chance allegedly throwing away Ashley's purse outside of a liquor store on December 1st. Investigators said that's where he also bought ammonia and the black bags he allegedly used to store parts of her body.

Chance’s attorney, Andrew Rodenhouse, addressed news media after the hearing. He said he still does not believe there is enough evidence to convict his client of murder.

"At the end of the day, it's about evidence," Rodenhouse said.

He continued, "The prosecution has the burden to present evidence beyond a reasonable doubt of murder, and so at this point in time we don't know what the murder charge is going to be still. It's just open murder."

More than a dozen other witnesses took the stand, including Jared's brother and detectives. They took the stand yesterday as well. Investigators, once again, discussed Young's body being dismembered and a blood-stained saw found under a couch at Chance's parents home.

The medical examiner also testified that he believes Ashley died from trauma to her head or neck. However, because some of her remains have not been found, an exact cause of death has not been determined. He did say alcohol was found in her system, but no drugs.