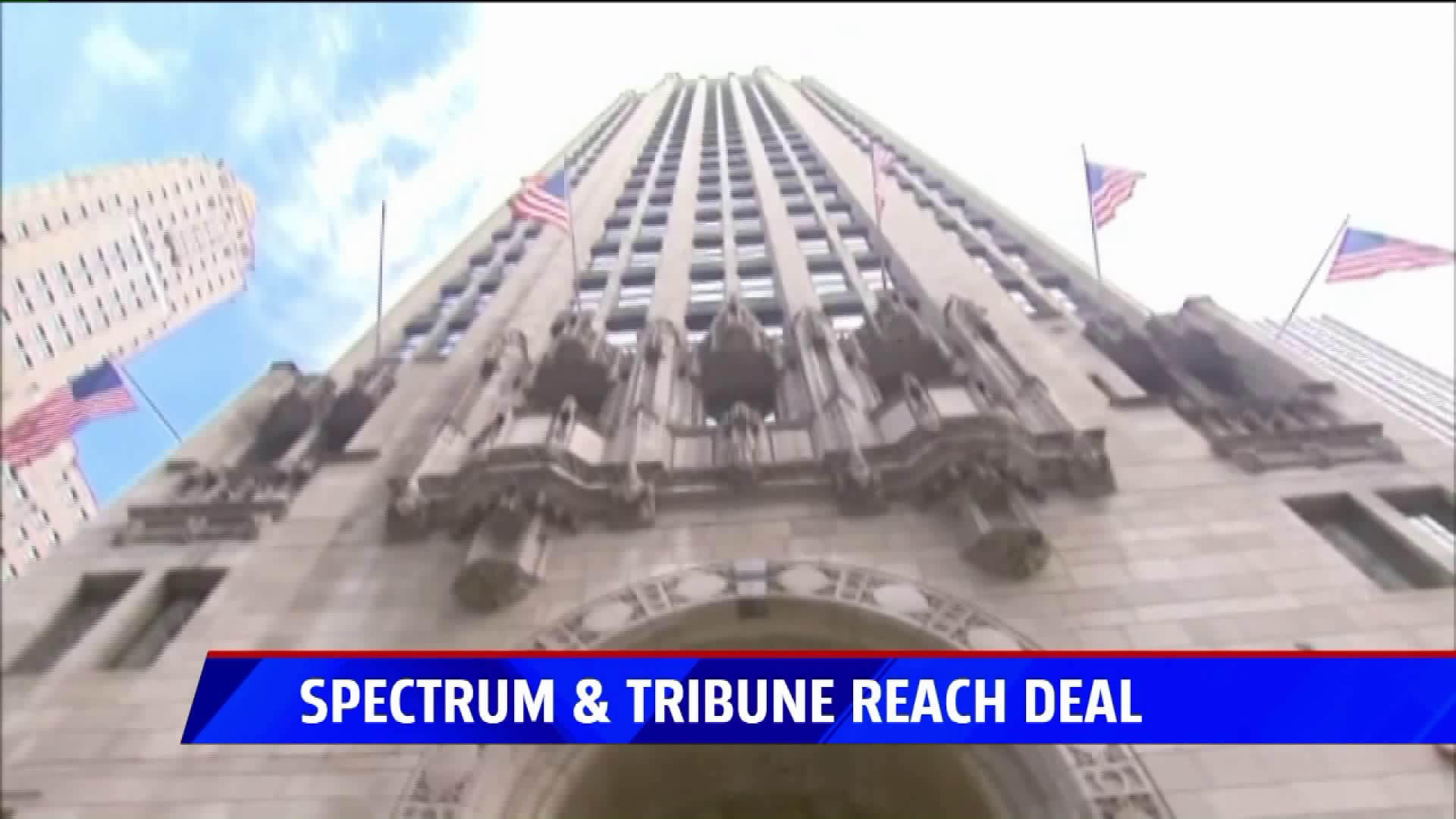 The contract between Tribune Broadcasting and Spectrum had expired on Jan 2, in a dispute over “retransmission fees” — a fee providers (cable, satellite, etc.) pay to television broadcasters to include channels in their broadcast lineup.

The agreement reached on Friday restores the signal of 24 of Tribune Broadcasting’s local television stations and carriage of the company’s cable entertainment network, WGN America, to Spectrum’s cable systems.

The companies issued the following joint statement regarding the agreement:

“We are pleased to have reached this agreement that will return Tribune Broadcasting’s local television stations and WGN America to Spectrum customers and Tribune’s viewers.”