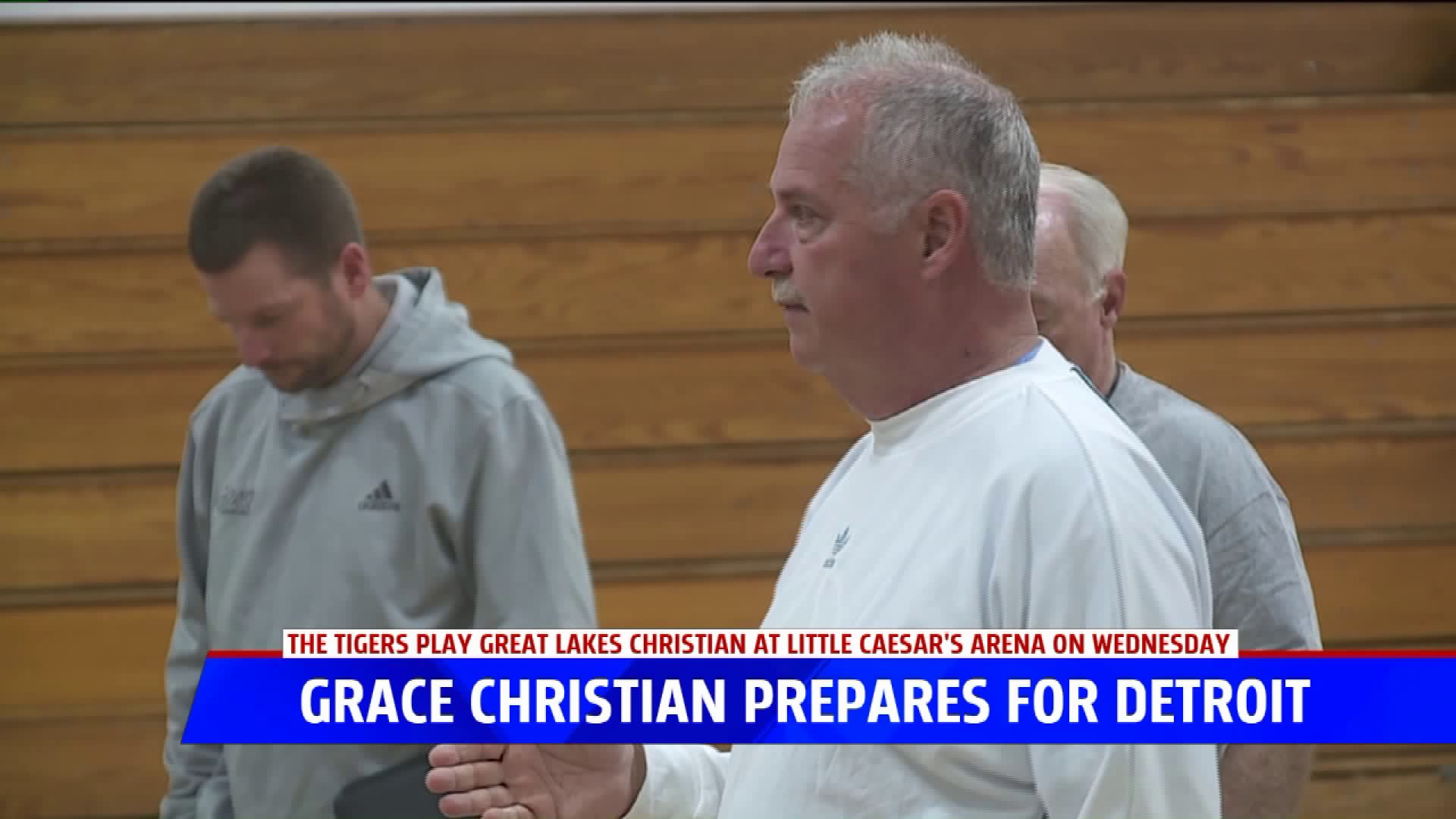 GRAND RAPIDS, Mich -- The Grace Christian men's basketball team has gotten off to a hot start this season, as they recently improved to 9-0 in the NCCAA. The team just returned from a three-game tournament in Kissimee, Florida where they won all three games. Now, they're preparing for Wednesday afternoon's tilt against Great Lakes Christian College at the home of the Detroit Pistons, Little Caesar's Arena.

The Tigers have played at the Palace of Auburn Hills a few times before but this will be their first game at LCA.

Guard Brandon Winchester-Jones is coming off of a Johnson University South Classic MVP award from his performances in the three games in Florida, he's now ready to get to Detroit.

"It is exciting playing on that floor," Winchester-Jones stated, "the three point line is a little bit different and court is bigger. It's a good experience, I did it my freshman year and it's really fun."

Kelloggsville alum Austin Jackson is another Tiger looking forward to the experience.

"It's great being part of a little school who travels very far," Jackson stated, "when you first look at Grace, you think 'they probably stay local and play local schools,' but we travel around the country and make our name known. It's cool to go to the East side and play in a big arena like that, especially coming from a small school," he added.

Florida, Detroit, even the Virgin Islands. Yes, the Tigers will be traveling to the Virginia Islands for the Virgin Islands Classic at the beginning of February. Despite not being able to offer scholarships for their basketball players, Grace Christian is making up for that with a first-class traveling experience for their athletes.