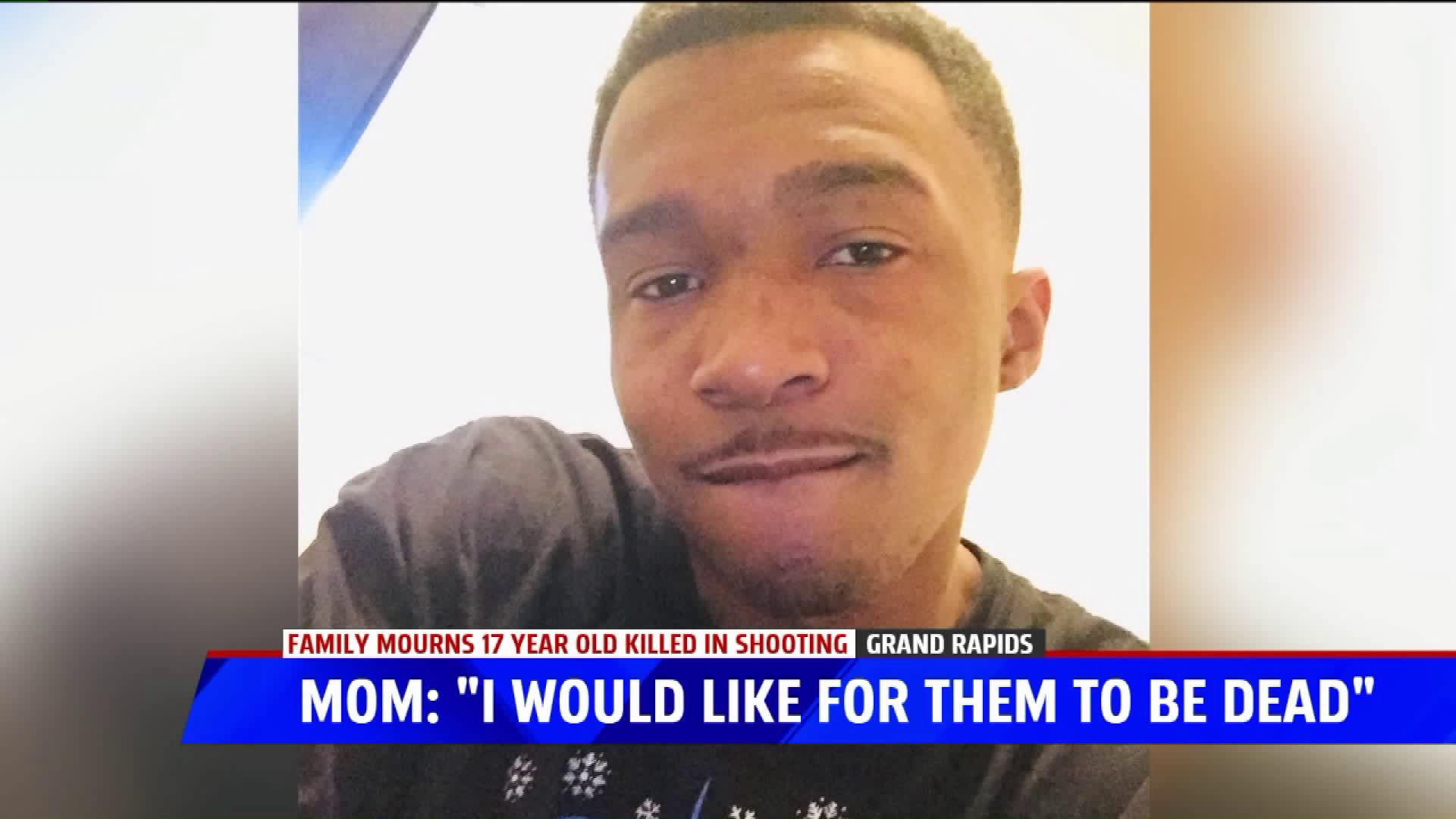 GRAND RAPIDS, Mich. — A mother is mourning the loss of her son after he was shot and killed Sunday in a strip mall parking lot near 44th Street and Kalamazoo Avenue.

On Monday, Grand Rapids police announced a 17-year-old is in custody in relation to the deadly shooting, but didn't say what the expected charges will be at this point. That person is scheduled to be arraigned Tuesday.

Grand Rapids police also impounded a vehicle they believe is connected the case.

Meanwhile, a family and a community are trying to come to terms with the loss of 17-year-old James King.

“My son is gone he’s not coming back. He was never into no mess. He wasn’t a bad person. It’s just crazy how a good person can turn out to be dead. At 17 years old,” said Toshia Williams, James King's mother.

King was about to graduate from East Kentwood High School, and his mom says he had aspirations of becoming an architect.

“He had dreams coming. It was his last year of high school. James was a good kid he never bothered anybody, wasn’t mean to anybody he was a sweetheart," Williams said.

Williams says King was with his cousin when he was shot and killed, and his death is a crushing blow that's leaving her outraged and in search of justice.

“But for the dudes that did it, I would like for them to be dead just like my son is dead,” Williams said.

East Kentwood High School released a statement saying their hearts and prayers go out to King's family and friends and that trauma counselors are available.

For those who would like to help the family pay for funeral expenses, a GoFundMe account has been created.