Kent County program getting kids to read 1,000 books before kindergarten 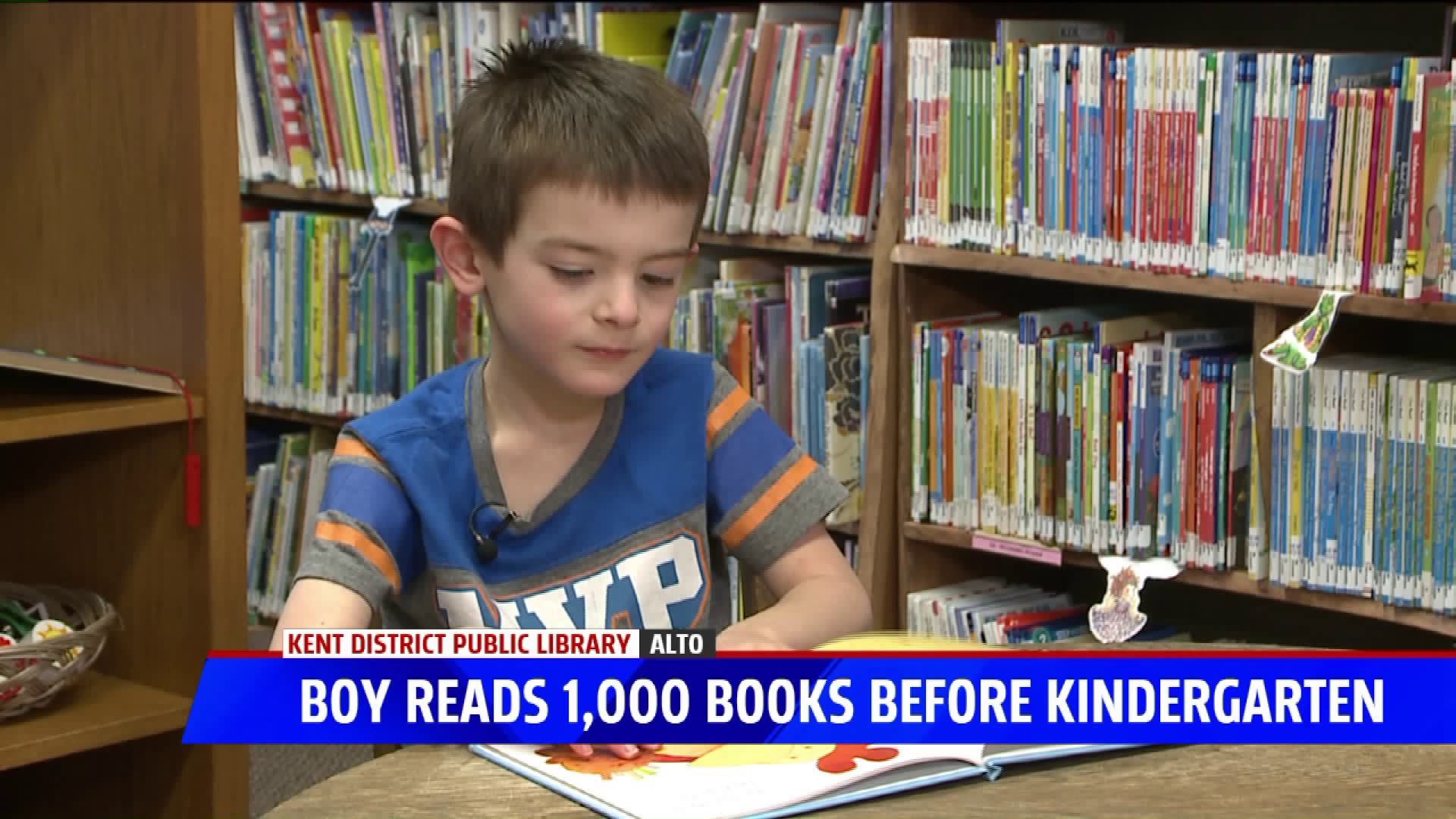 BOWNE TOWNSHIP, Mich. — A program at the Kent District Library is working to get kids reading earlier in life and more often.

The program is called "1,000 Books Before Kindergarten," and that's exactly what kids have to do.

It sounds like a pretty daunting task. It’s probably more books than a lot of adults have read, but there are also nearly 1,000 kids who’ve completed the program since its inception, which they say gives these children a huge edge before even starting school.

He read at least 1,000 books before starting kindergarten, and, believe it or not, he’s not uncommon in Kent County.

"Starting young is so important, and establishing that love of reading and that love of literacy," said Sarah McMullen, youth librarian at the Kent District library's Alto branch.

McMullen says the 1,000 Books Before Kindergarten program has been around for three years. Kids up to age five keep track of their progress, whether it’s their caregiver reading to them, reading with them, or reading on their own.

"That might sound like a lot of reading, it might seem really intimidating, but if you read three books a day, you can finish that goal within a year," said McMullen.

That’s what George and his mom, Shannon Walter, did.

"At that time, he was just consuming books, close to 10 a day, actually," said Shannon Walter. "He would just sit, and we would just read and read and read. He loves books. He loved to learn all the different things he could from all the pictures and books we would read.”

Shannon Walter says she has noticed a huge difference in George, who now loves to read on his own. Her 2-year-old daughter is also in the program now but moving a little bit slower.

"Honestly, I don’t think he would enjoy books had we not sat down and read so much together," she said. "It’s a good way to bond with your kids, and it helps them for their future, and it gets them started reading and learning early.”

Once the kids finish, they get a certificate and a few other prizes so they can say they read 1,000 books before kindergarten.

For more information on the 1,000 Books Before Kindergarten program and other reading programs at the library, visit their website.