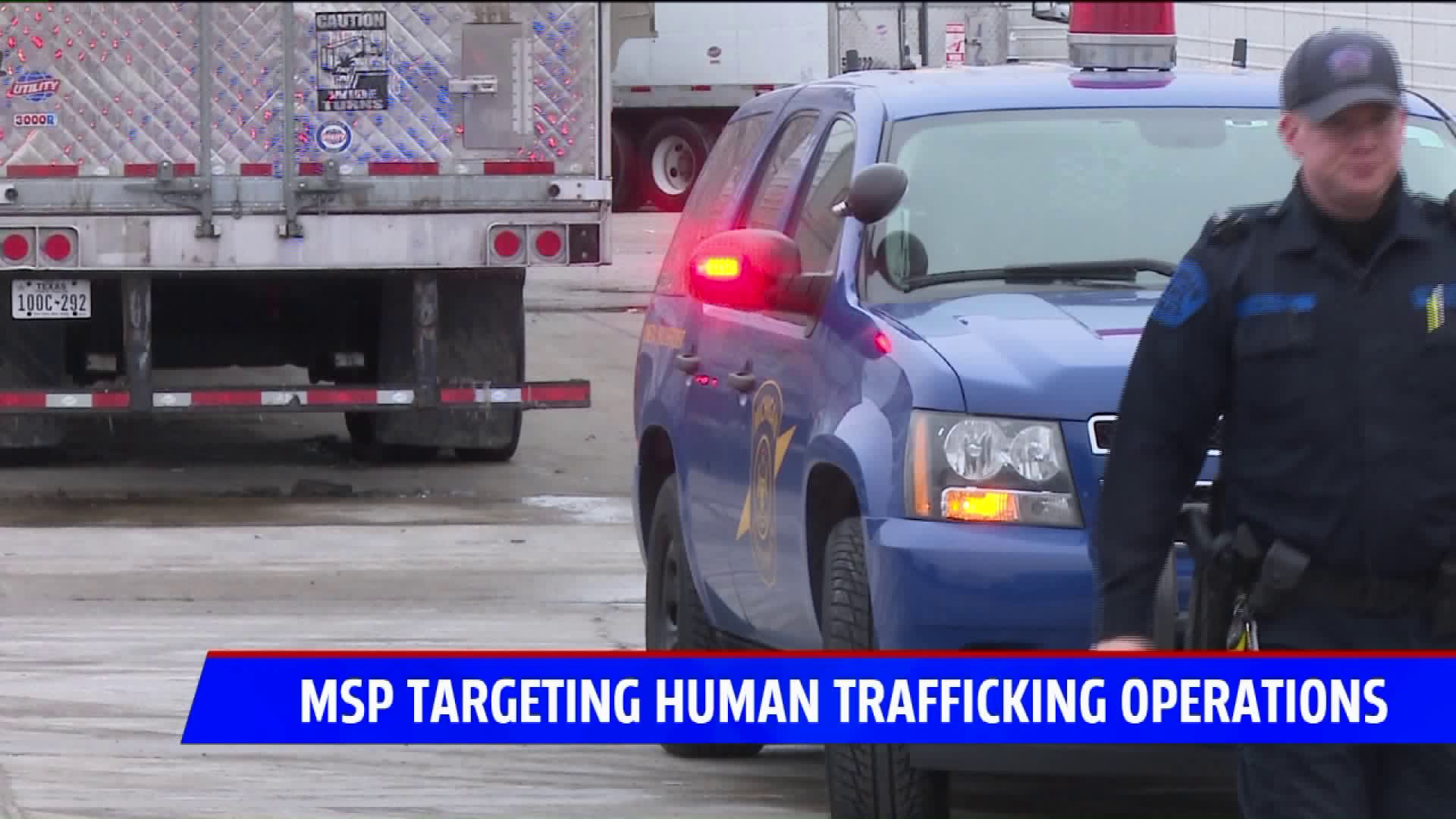 WEST MICHIGAN -- Michigan State Police are continuing the fight against human trafficking by enlisting the help of commercial truck drivers. January is Human Trafficking Awareness Month. So MSP along with officials in Ohio and Indiana are taking this week especially to alert truck drivers about human trafficking and asking them to keep an eye out for anything that seems out of the ordinary.

Motor carrier officer Jason Zylstra said, "They give us a lot of good tips about accidents that happen, about damage to the roadways, the 100 street bridge."

Zylstra said he spreads the word about human trafficking through an initiative and organization called "Truckers Against Trafficking" during routine inspection stops and at rest areas. MSP dubbed truck drivers the eyes and ears along highways, rest stops, and parking lots across the country.

“You see things, and you just don’t think twice about it. [Whereas] trucker drivers... they know that common environment," he explained.

Zylstra said, "So when they see something and they’re like why is this person…. it’s 10 degrees and that girl looks like she’s 15. She’s dressed in a miniskirt. What is she doing here?"

To know where to look for and who to call, the officer hands out cards and pamphlets to drivers. If you'd like to learn more about the program you can click here. The help line number is 1-888-3737-888.