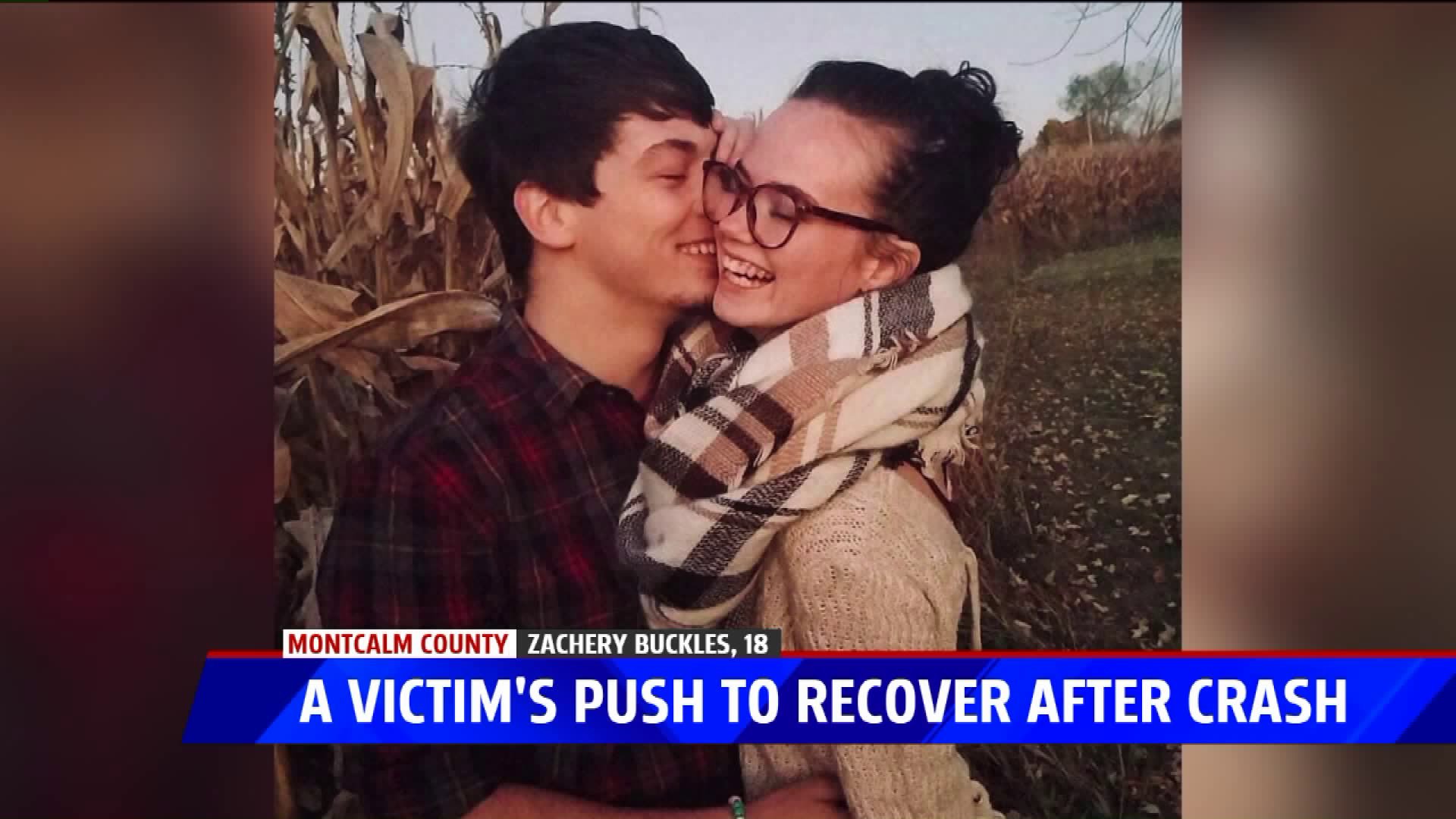 MONTCALM COUNTY, Mich-- An 18-year-old is struggling to recovery, following a crash that killed his girlfriend and her 9-month-old niece.

Zachery Buckles suffered severe head trauma, a broken jaw and several cuts and bruises following the January 6 crash. During the incident, police say the car he was in was making a turn onto Amble Road from M-46 when it was rear-ended and sent into the path of a third vehicle.

In that car that was rear-ended: Zachery, his 18-year-old girlfriend Samantha Baker, her 9-month-old niece, Annalee and her mother, Michelle Baker. Samantha and Annalee both passed away from injuries sustained in the crash. Michelle was hospitalized but expected to recover.

"They're really really good people and for something like that to happen to good people you end up asking yourself 'why?'" said Kate Cowles, a friend of Zach and Samantha.

Michigan State Police is still investigating the crash and exactly what caused it. Investigators say the drivers in the other two vehicles were hospitalized with minor injuries.

"He's just got his mouth wired shut and things that are going to prevent him from going to work," said Cowles. "Then losing basically the love of your life that's a lot of emotional damage. I couldn't imagine it myself."

Because he doesn't have insurance, family members say Zach's recovery time may be shortened. If you'd like to help with those costs, a GoFundMe page has been set up.