Father: Wife charged with murder of Army sergeant ‘deceived us all’ 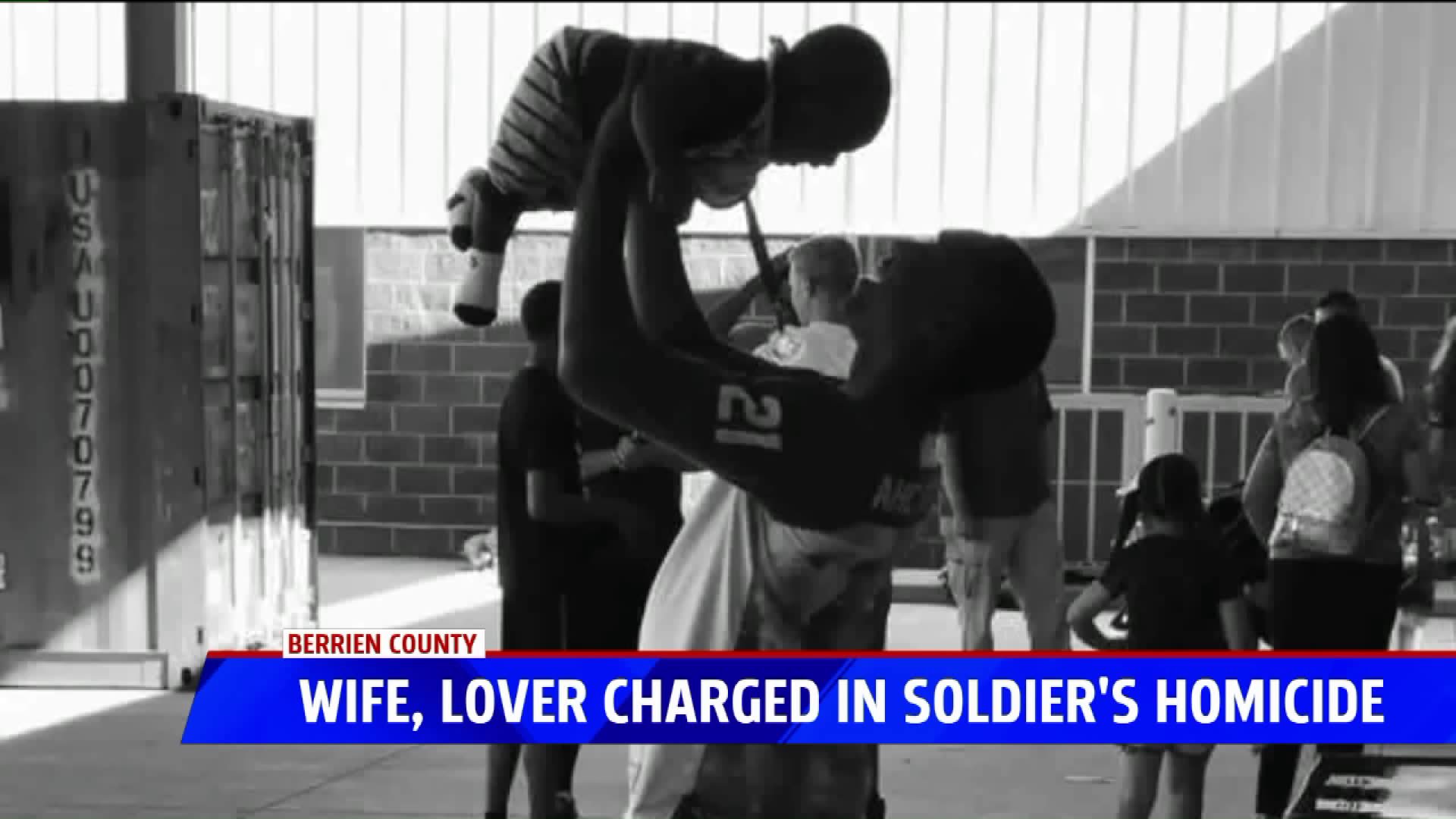 BERRIEN COUNTY, Mich. — The wife of an Army sergeant and her alleged lover are charged with plotting the murder of her husband.

“I’m wondering what was going through her mind," said Tyrone Hassel Jr., the victim’s father. "Actually ,I’m trying to understand it all,.

Berrien County prosecutors say Kemia Hassel was having an affair with Jeremy Cuellar, also an active-duty soldier at Fort Stewart in Georgia, and they planned to kill Tyrone Hassel to take the Army’s death benefit.

“It’s a lot of anger, because, you know, it seems like it boils down to — it was over money,” Hassel Jr. said.

Investigators say Cuellar traveled from Fort Stewart to Chicago several days prior to the murder, waited for directions from Kemia Hassel, and finally shot and killed Tyrone Hassel Dec. 31.

Authorities arrested Kemia Hassel and Jeremy Cuellar last week, and on Monday charged both with first-degree premeditated murder. Cuellar has also been charged with felony firearm.

“She deceived us all,” Hassel Jr. said. “I thought she was a completely different person than who she really is.”

If found guilty, Kemia Hassel is looking at life in prison without parole. A preliminary exam is scheduled for Jan. 23.

Cuellar is being held in a Georgia jail awaiting extradition.