Brandon Bussi continues to be a game changer for the Lumberjacks 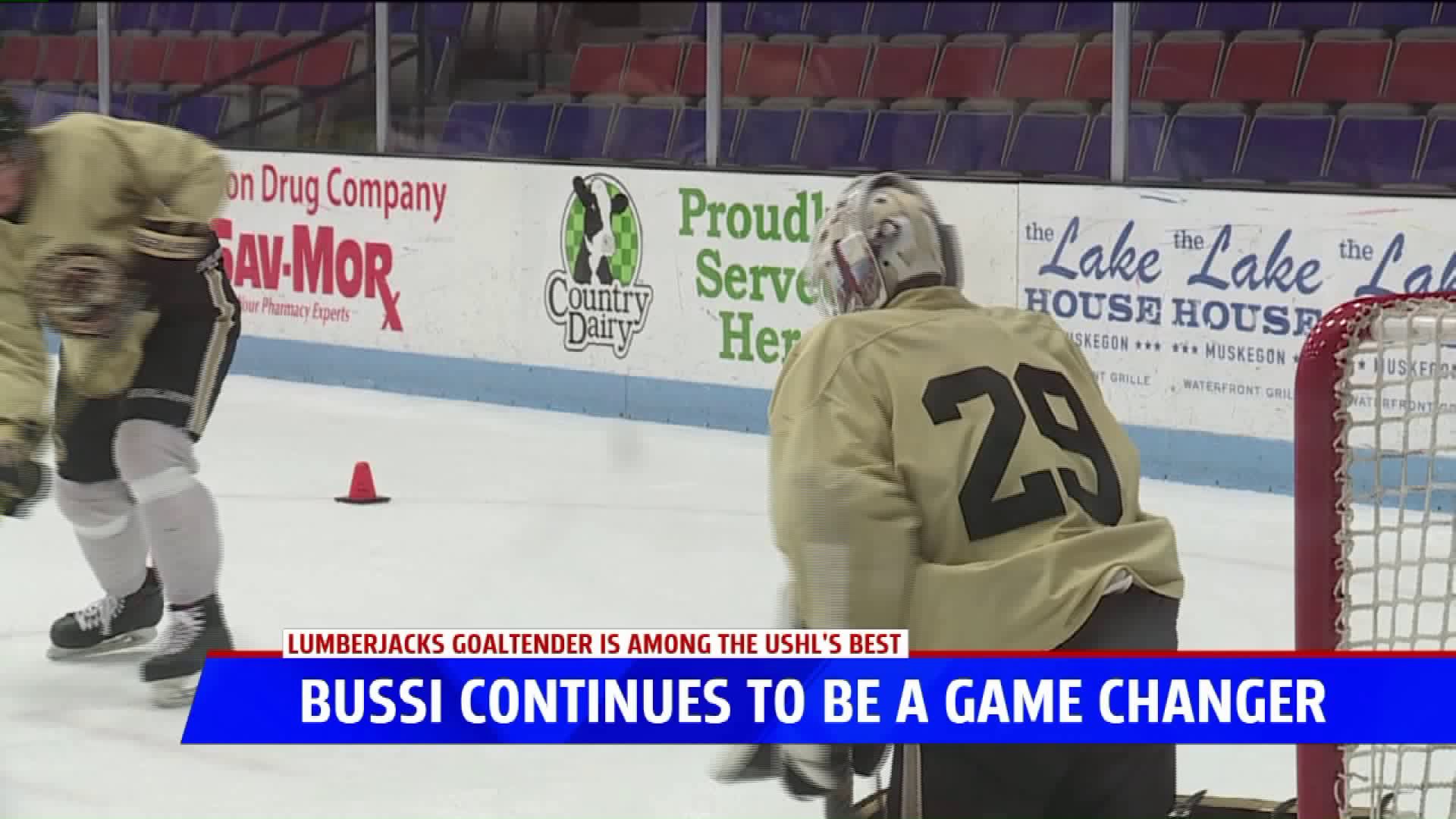 MUSKEGON, Mich -- New York native, Brandon Bussi has had quite the journey to Muskegon. The 20-year old goaltender has been released by some teams and has made his way to Muksegon to play in the USHL with the Lumberjacks.

"I wouldn't trade it for the world," Bussi said on his journey.

Bussi has settled into a groove in Muskegon, leading the Lumberjacks to a 23-5 record when in net, the most wins the league and he's also second in the lead in goals against average with a 2.28.

"I'm just working really hard to be honest," Bussi told us, "I know it's a really cliche answer with most athletes but really just working hard. I've been coming to the rink and trying to get better every day, when you get some confidence and have a team playing this well in front of you, it's easy to do well."

"Brandon is just a hard working kid since the day he showed up here," Hamilton said, "he was one of those guys that took the opportunity. We were working with an injury internally so the net wasn't necessarily his but he earned it from day one, he's been a game changer for us."

Of course, being just 20-years old and hours away from family in New York is a little bit of an adjustment.

"It's a little bit colder here than New York but I've loved it," he laughed, "I feel like the town has embraced me."

Bussi is also a Western Michigan hockey commit and will be sticking around our area for the foreseeable future.

"I get to be here for a few more years," he smiled.