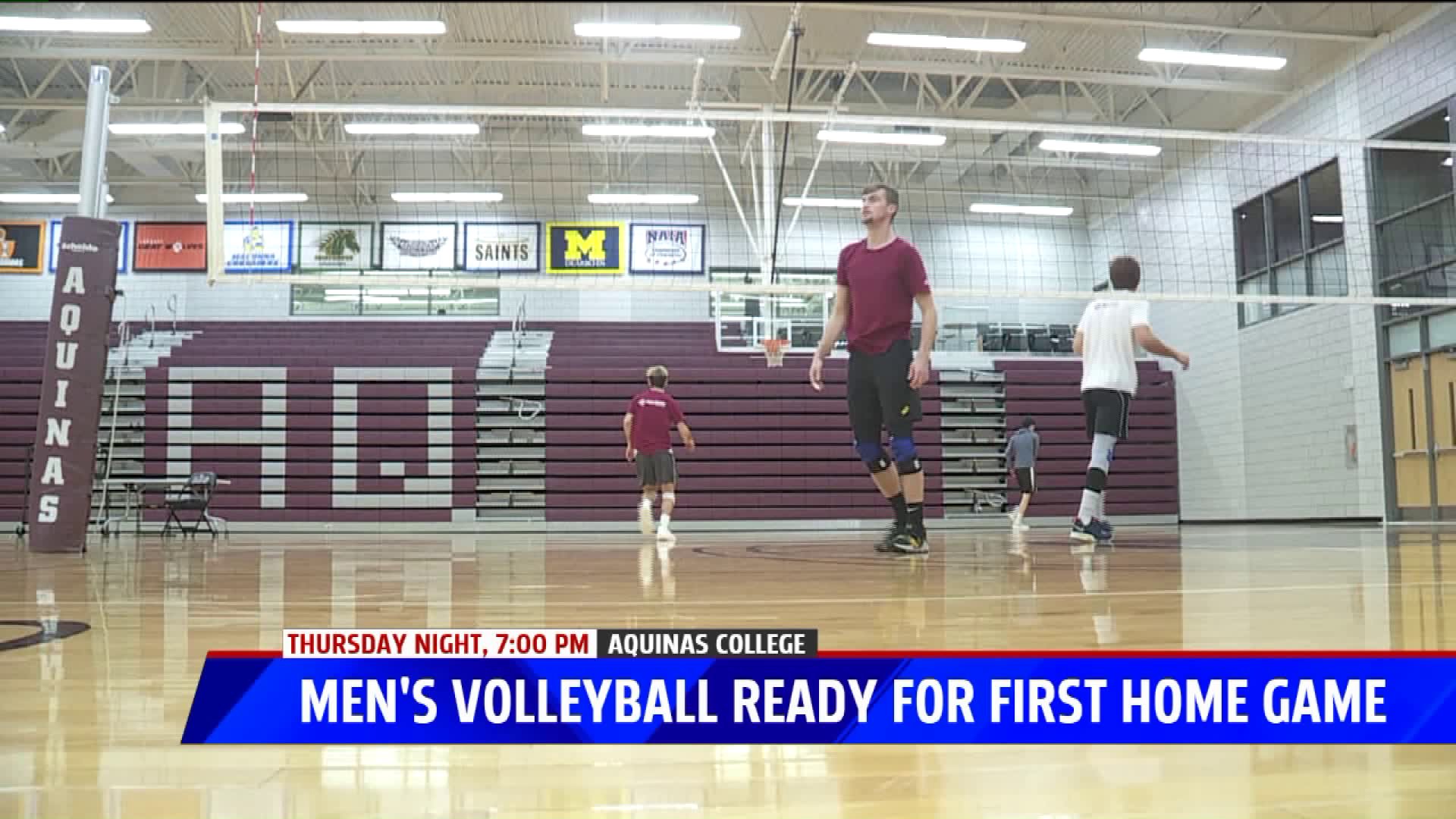 GRAND RAPIDS, Mich. -- Rick Schroeder has built an impressive volleyball program at Aquinas College, and now he'll look to the same with a men's volleyball team.

The Saints launched their program after Coach Schroeder had a conversation with Aquinas athletic director Nick Davidson.

"I had the idea a couple years ago when I got hired as the women's coach," Schroeder explained. "I went to the athletic director as kind of a joke and said, 'Hey, I'm from California, I'm going to bug you until this happen,'s and a week or two later he called me into his office and said 'Can you make it happen?' He said he'd give me a little over a year [to build the program]."

The 19-player roster consists of players from seven different states, mostly from California, where men's volleyball is a more popular.

"I wasn't sure what to expect," Saints junior and Mission Viejo, California, native Colby Elder said, "I had a couple of other offers, but the more I talked to (Schroeder) and learned about the school, it sounded more and more appealing, and everything just fell into place."

The Saints will host Olivet College on Thursday night at the Sturrus Athletic Center at 7:00 pm and are excited for the opportunity to draw a crowd.

"We're super stoked," junior middle blocker and Huntington Beach, California, product Will Donald said. "It's a great opportunity for us to build a new culture here at Aquinas and even here in Michigan, with men's volleyball starting to become a much bigger thing."