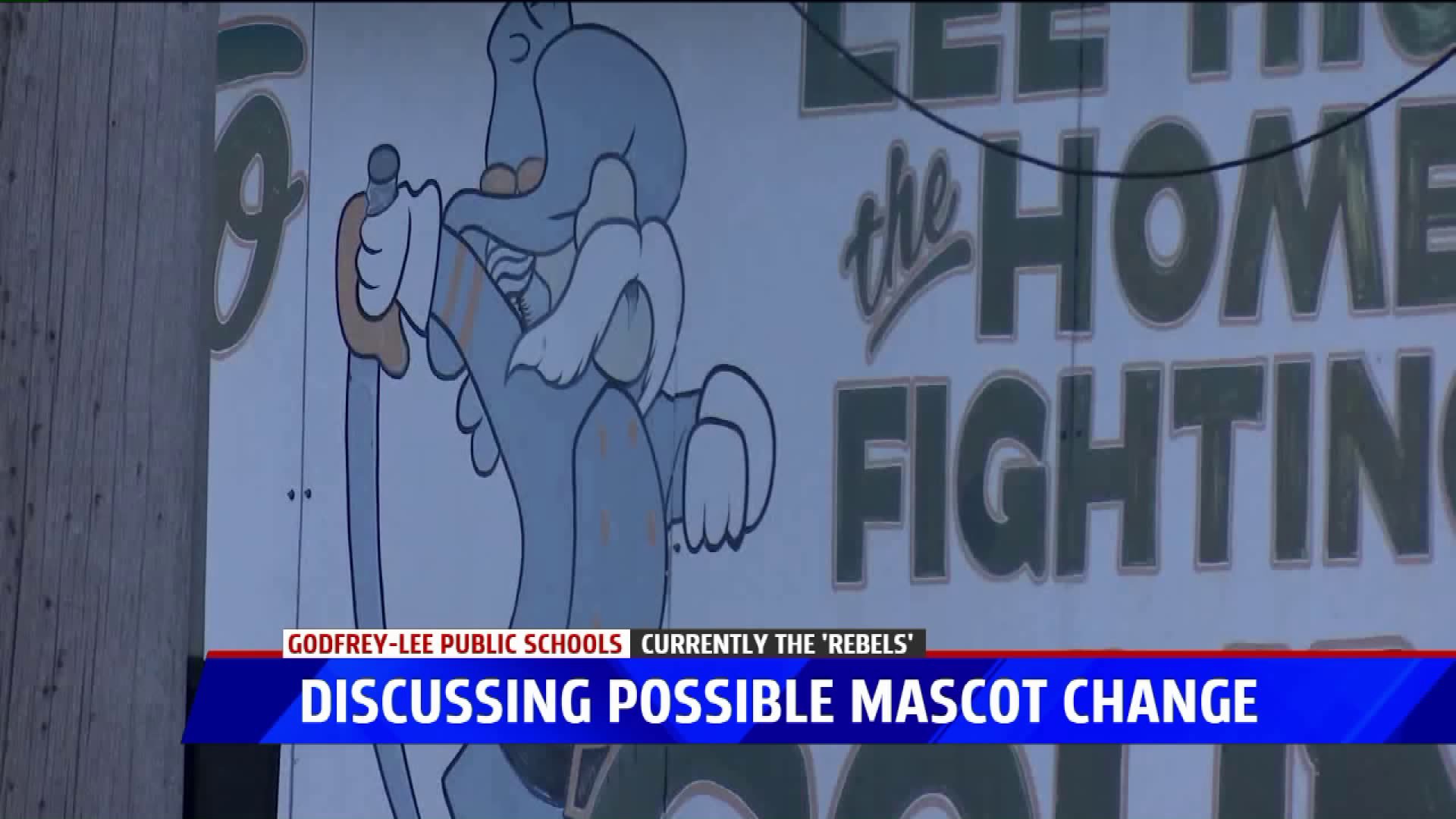 WYOMING, Mich. -- Godfrey-Lee Public Schools is discussing possibly changing its mascot. For years, they've been known as The Rebels, but recently the potential connections the mascot has to the Confederacy have brought up talks about coming up with a new name.

On Thursday, a community forum was held at the high school to discuss the matter. It wasn't open to the media, school officials told FOX 17, because they wanted those in attendance to be able to freely express their opinions without public scrutiny.

The Rebels logo, a soldier, can be seen throughout the district and all over athletic facilities.

The school board president explains that the district's new strategic plan prompted officials to look into the possibility of changing the mascot.

"We are the Lee Rebels” said board president Eric Mockerman. "The topic has come up a few times with the connection to the Confederacy, When this question came up again, we said, 'Okay maybe it’s time to have a conversation about it, and does it still fit with our strategic design and the pillars of what we stand for?'”

No decisions were made regarding the mascot after Thursday's meeting.

Mockerman says a proposal could be seen at the next board meeting in February.