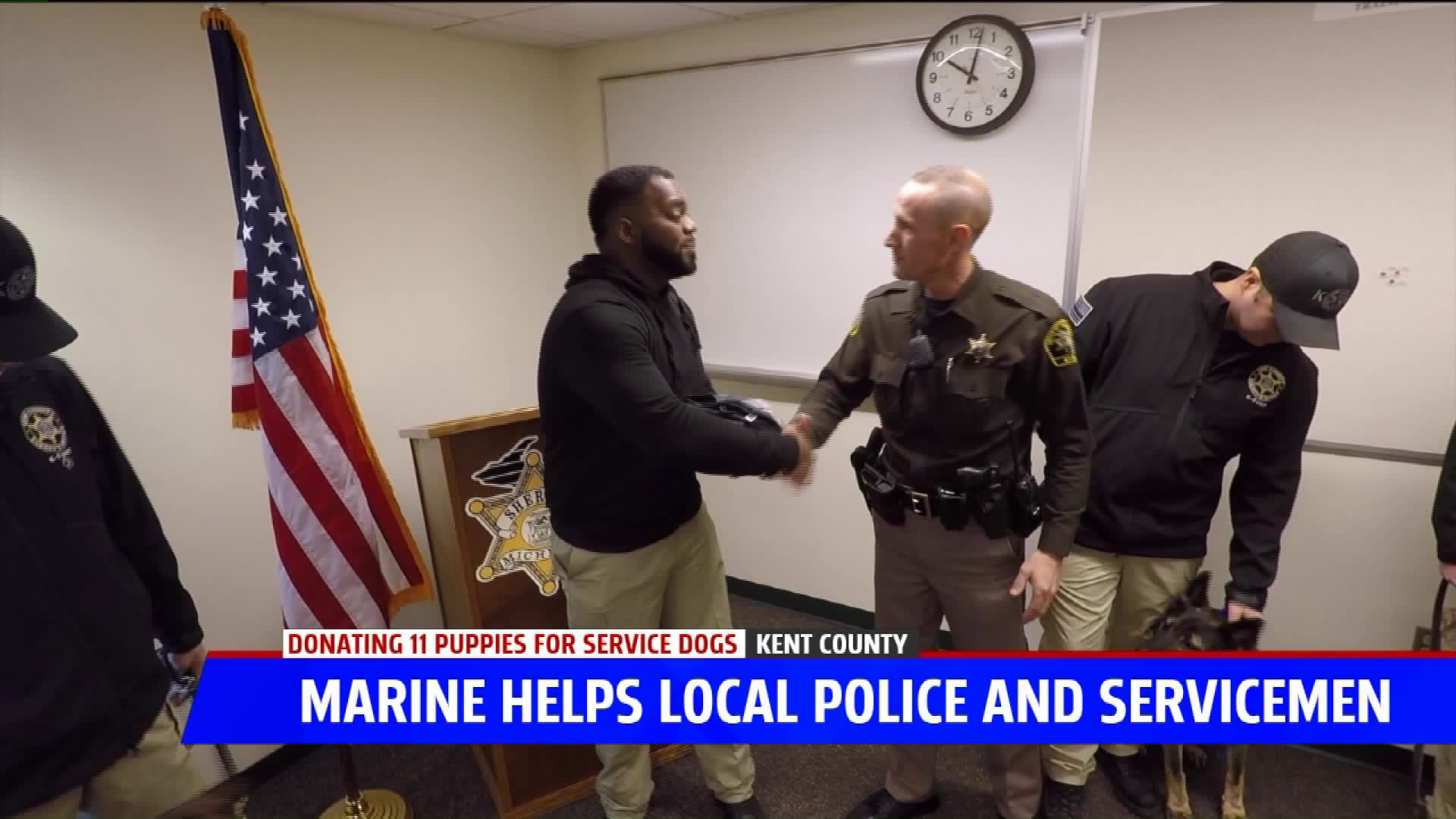 GRAND RAPIDS, Mich. — A retired Marine is being honored by the Kent County K-9 Unit for his work in raising puppies for police and service members.

FOX 17 first reported about Omar Taylor on Jan. 6. When staff at the Kent County Sheriff's Office saw the story, they decided to express their appreciation for Taylor's efforts.

“I think with all the negatives things we see in the news between military and law enforcement, when we saw his story it was kind of a nice, positive aspect toward both those professions," Deputy Eric Toonstra told FOX 17.

Taylor served in Afghanistan and Djibouti in 2002 and 2003. When he returned home, he struggled with things that haunt many veterans home from war, he says.

Raising dogs has helped Taylor overcome his struggles while helping other men and women in uniform. The dogs he breeds are given to current and former police and service members. Some of his dogs have even gone to work with military police in the Middle East.

On Thursday morning, the Kent County K-9 Unit formally thanked Taylor by presenting him with a check for $100 to help with puppy expenses, such as dog food. “The mother alone, I think, eats six cups a day on top of raw meat with her diet, and then the puppies, they feed endlessly, non-stop," Taylor says.

Taylor has also set up a GoFundMe page to raise money to care for 11 bull mastiff puppies he currently has that are less than a month old.

The officers were eager to show Taylor how impressed they are with his work, especially after he's already sacrificed so much for his country. Which is why they also presented Taylor with a challenge coin in honor of Joe, one of their former K-9s.

“The challenge coin itself is kind of a tradition both in military and law enforcement," Toonstra says.

Taylor also spent the morning watching the K-9 officers train with their dogs. He says it gave him ideas for how to better prepare his puppies that might be placed with officers. "Having the insight of what the K-9 unit does here specifically in Kent County, it’s just amazing," Taylor said.

Taylor adds that the department's gesture is something he'll carry with him as he continues to raise puppies.

“Knowing the community’s out there, and Kent County’s out there, police officers are out there supporting, it makes a big difference. It helps a lot," he said.