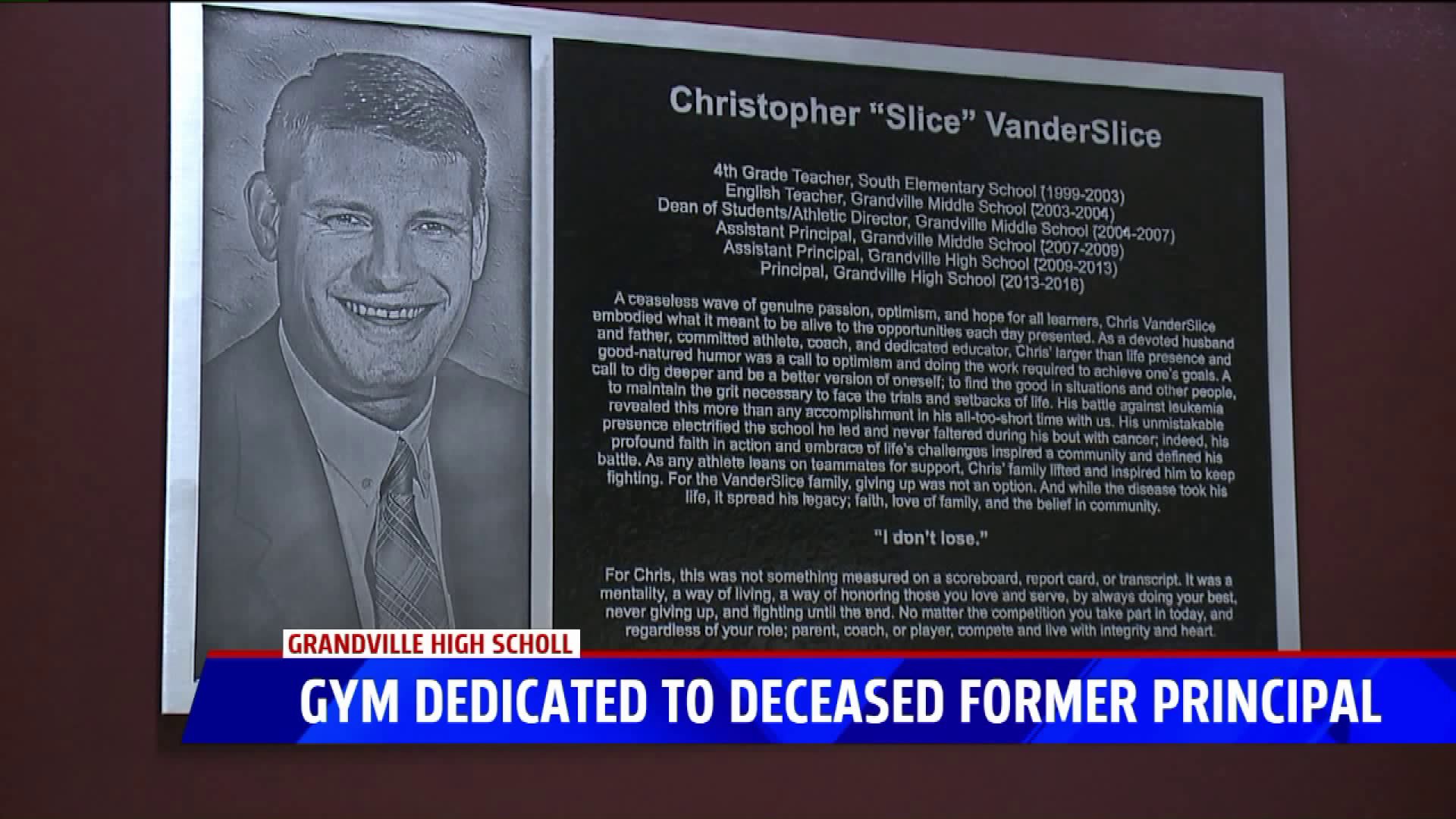 GRANDVILLE, Mich. — The Grandville community remembered one of their own Friday night at a high school basketball game.

Grandville High School dedicated its gymnasium to Chris Vanderslice, who passed away last year after a four-year battle with leukemia at the age of 40, leaving behind a wife and two daughters.

Vanderslice worked in the district for 17 years and on Friday, had his memory permanently attached to a feature of the school.

There was a sea of school spirit at Grandville High School with people there to remember former Vanderslice.

"Chris meant so much to this community," said superintendent Roger Bearup. "He really epitomized what Grandville’s about: about grit, about people that work hard, people that build connections and relationships and are always trying to service others and help others.”

In between the girl’s and boy’s basketball games against Grand Haven, a dedication ceremony was held, revealing the new Vanderslice Gymnasium along with a plaque and mural.

Vanderslice loved basketball; he played at Hope College, and his daughters played, as well.

"It definitely was a no-brainer and we’re just happy to honor somebody who really left a legacy here in Grandville," said Bearup. "I believe his name and what he represented will be here forever.”

Vanderslice’s wife spoke to the crowd to say thank you, followed by a standing ovation from the crowd. Those in attendance say they could feel the former principal there in spirit.

"He was always the brightest most positive person in the room," said Bearup. "We loved him dearly. We really miss him.”

Chris Vanderslice coined the phrase "Got grit," which is seen on the mural outside of the gymnasium.

He also helped design the gym when it was being built a just a few years ago. His name will now be permanently above the entrance in his memory.