Sheriff: Kent Co. will only hold detainees for ICE after federal warrant issued 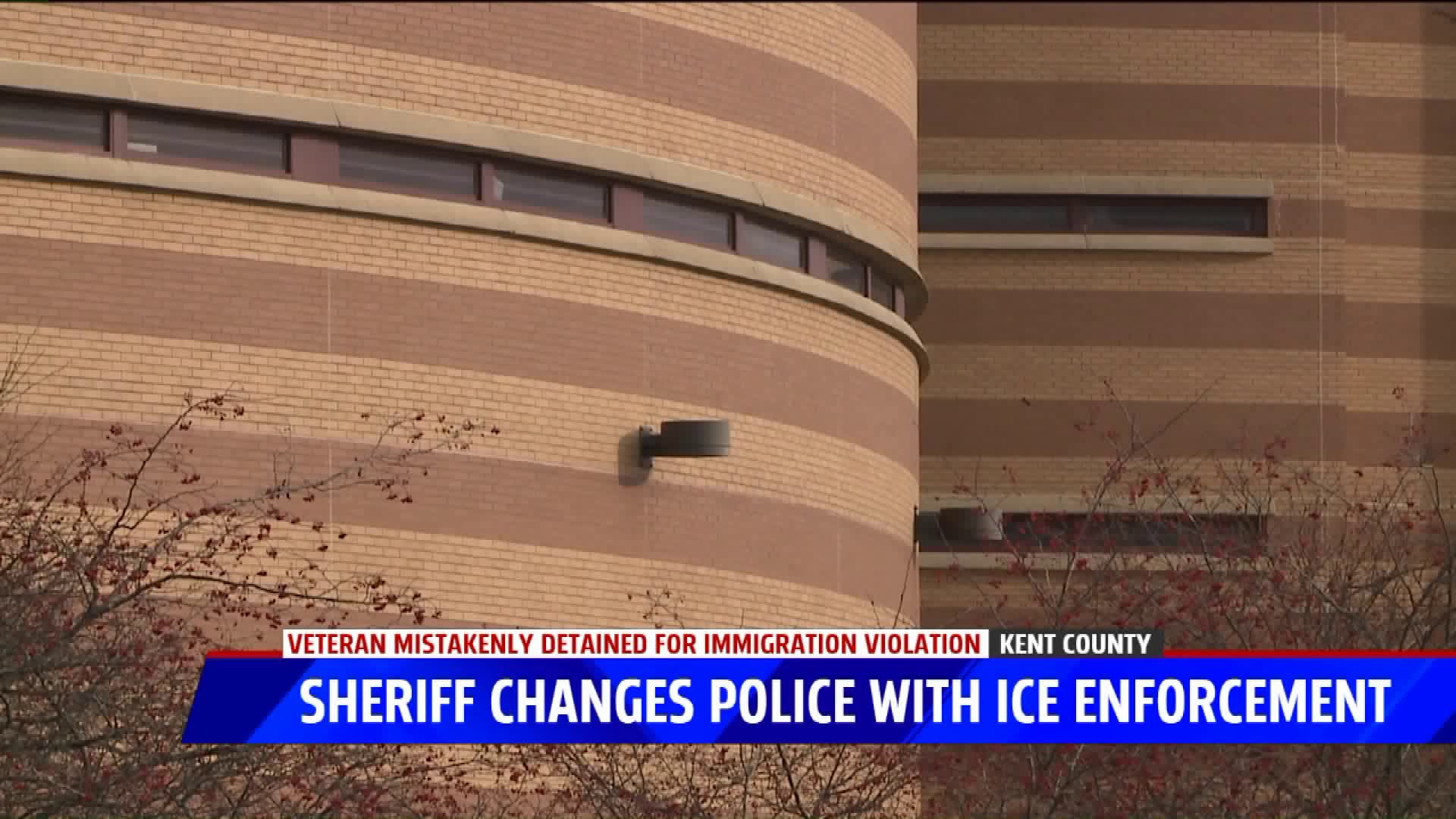 GRAND RAPIDS, Mich. - The Kent County Sheriff has responded to the detention of a Grand Rapids U.S. Marine who was sent to an ICE detention center and held for three days after being released from Kent County Jail on other charges.

Jilmar Ramos-Gomez, 27, lives in the Grand Rapids area.  He is Marine with post-traumatic stress disorder and had been taken to Kent County Jail on trespassing and damaging a fire alarm charges at Spectrum Health. After his release from Kent County on bond, Immigration and Customs Enforcement took Ramos-Gomez to a Battle Creek detention center to determine if he would be deported.

Ramos-Gomez was born in Michigan and is a U.S. citizen.

Friday, Kent County Sheriff Michelle LaJoye-Young said that she has notified ICE that Kent County will only hold detainees for ICE only after ICE presents an arrest warrant issued by a federal judge or magistrate.

LaJoye-Young said "ICE detained Mr. Ramos-Gomez on the basis of either incomplete or inaccurate information - information that is their duty to collect and verify."

Both the sheriff and the Grand Rapids Police Department, which contacted ICE originally, say that enforcing immigration laws in not in their jurisdiction, but is the role of ICE.