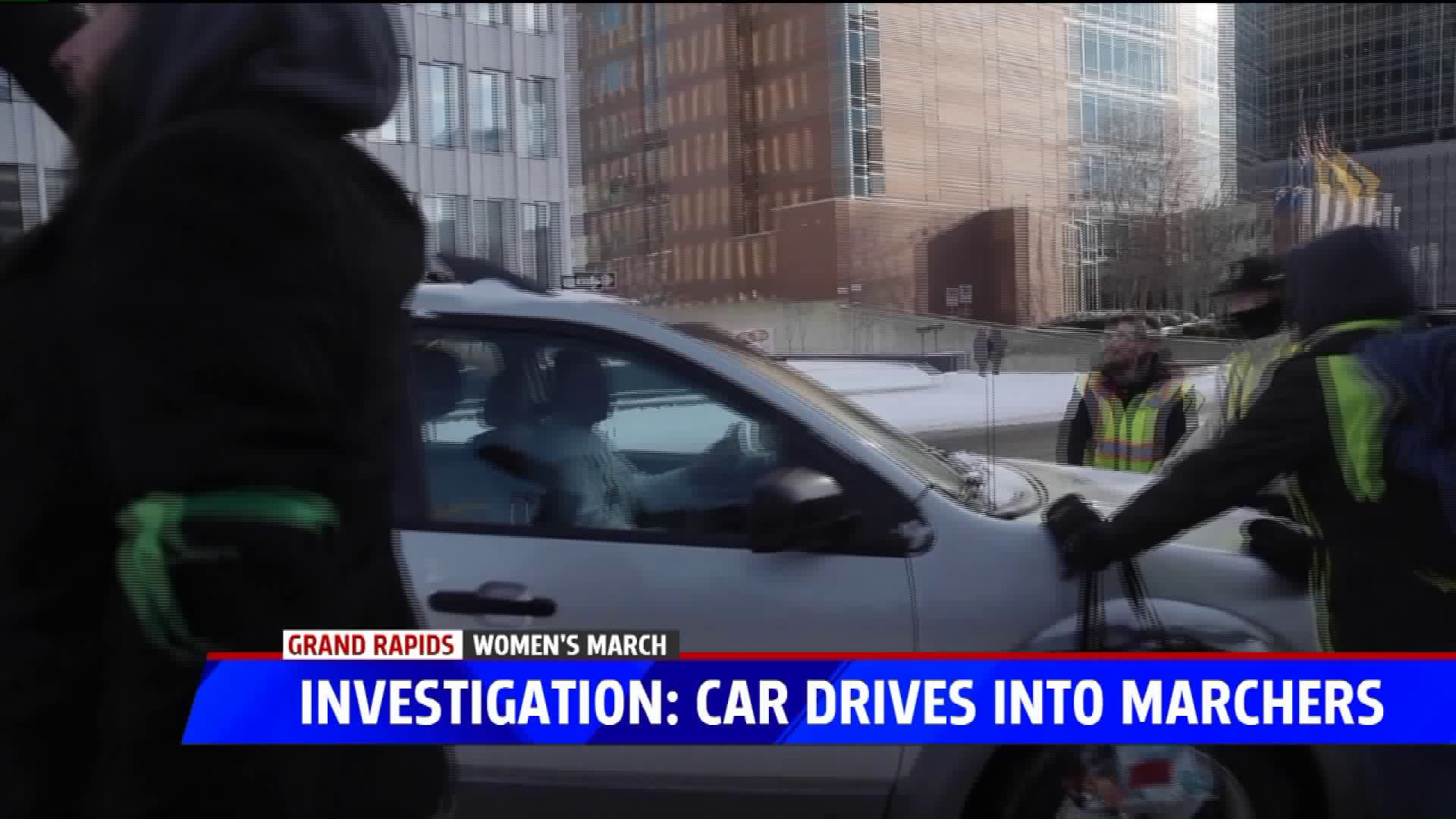 GRAND RAPIDS, Mich.--Marches were held across the nation over the weekend, including in West Michigan, with the March in Grand Rapids seeing a serious safety concern for some who were participating.

The intent of the driver in the video is certainly in question after their vehicle is seen lurching towards part of the crowd, nearly missing a child in the process. Though no serious injuries were reported, the investigation into what led up to this scene, isn’t over.

Witnesses tell us the Grand Rapids Women's March was underway when a car lurched into the back of the crowd.

"There was tons of people in front of him telling him to stop and he still kept inching forward and he just decided to step on the gas and hit people," says marcher, Amy Jimenez.

Jose and his wife Amy captured the incident on camera and believe the driver's actions in this video were intentional.

"What matters most is that they find this guy. How are people going to feel safe marching," says Jose Jimenez.

The incident shocked marchers nearby and many chose to head home early.

"We went home after that, we just felt kind of shocked. Fortunately, the marched continued," Jimenez says.

We’re told up to three hundred people were in attendance at the march and while organizers tell me it was a scary moment, they say the march went on without other issues.

The marchers who caught the incident on camera tell me they hope marchers won’t sway from sending their message.

"Go out be strong, be loud, and look out for each other, and keep each other safe," Amy Jimenez says.

Grand Rapids police tell FOX 17 the incident did not appear to be intentional and no one was injured. The traffic unit will be reviewing the incident. We will let you know what develops.