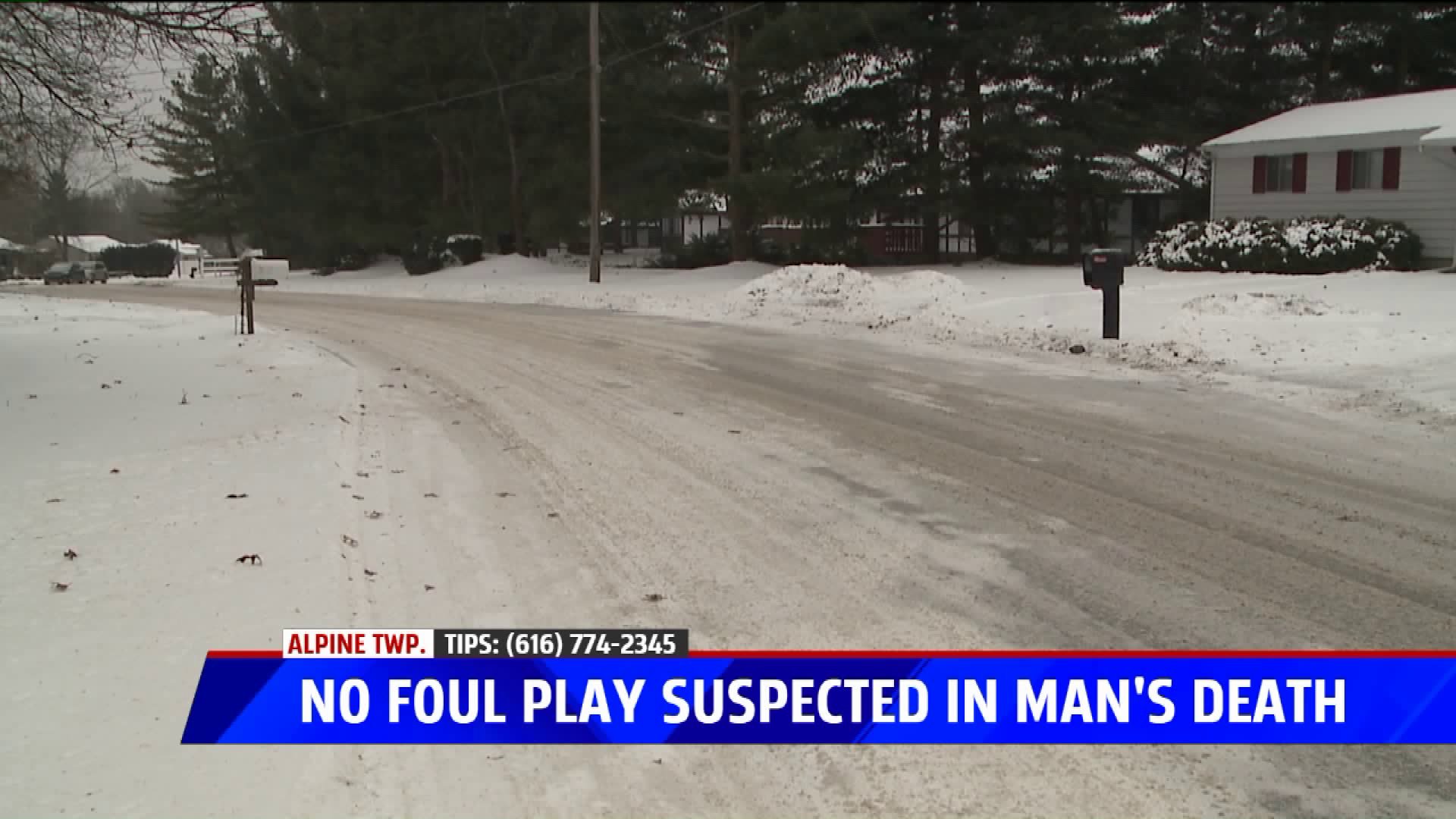 ALPINE TOWNSHIP, Mich. - Kent County deputies are investigating the death of a Grand Rapids man over the weekend.

Investigators say that Gregory Gietzen, 57, was found dead outside of a home in Alpine Township Sunday morning. They say that Gietzen had plans to visit a friend in Comstock Park on Saturday night, but he never arrived. Gietzen's body was found outside that friend's home Sunday morning.

Investigators say the Gietzen was last seen Saturday night about 8:30 p.m. at a restaurant near West River Drive and Four Mile Road in Comstock Park. They believe that Gietzen was given a ride from the restaurant to an address on Bekinshire Drive NW, which was about two miles away.

But as of now deputies don't believe foul play was involved.

"We're not calling it a suspicious death investigation, this is a death investigation. So we're trying to follow his timeline. Foul play does not appear to be a factor here, we can't rule it out. So once the autopsy results are final and they come back, we have some preliminary results and again that's why we can say that foul play doesn't really appear to be a factor here however we're not going to rule it out at this point. We still want to know what happened between the last person at 8:30 saw him and the time that he ended up in that driveway," says Kent County Sheriff Dept. Sgt. Joel Roon.