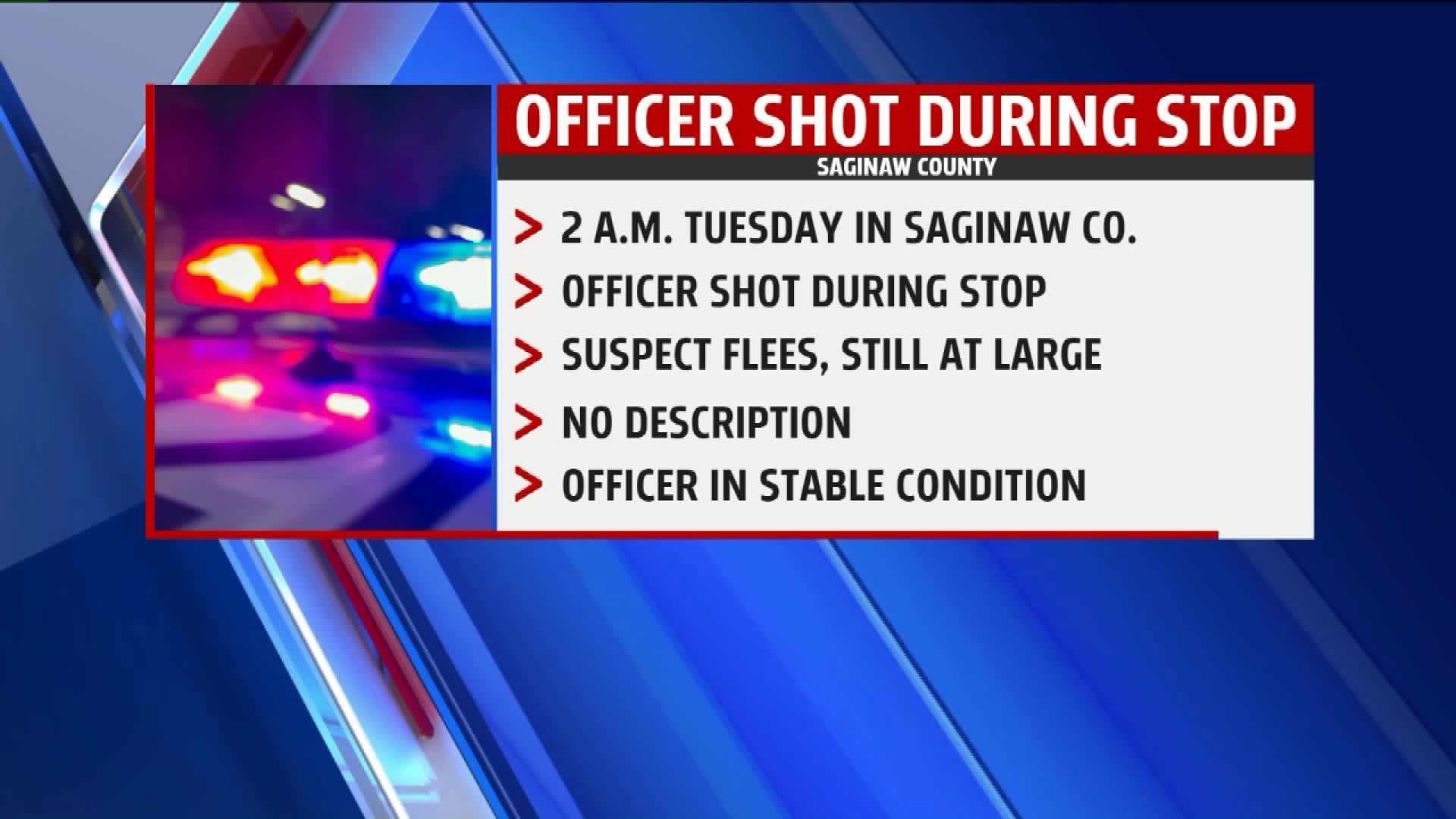 KOCHVILLE TOWNSHIP, Mich. (AP) — Authorities say a police officer has been shot and wounded during a traffic stop in mid-Michigan.

Pussehl says police are searching for the motorist, who fled. The officer's name has not been released.

Police say the suspect may be Joshua Rosebush. The suspect is believed to be driving a stolen white 2013 Ford F350 Super Duty Truck, which has black and yellow pinstripes on the side, with an AIS Construction sticker in the rear window. The license plate is MI DB60703.