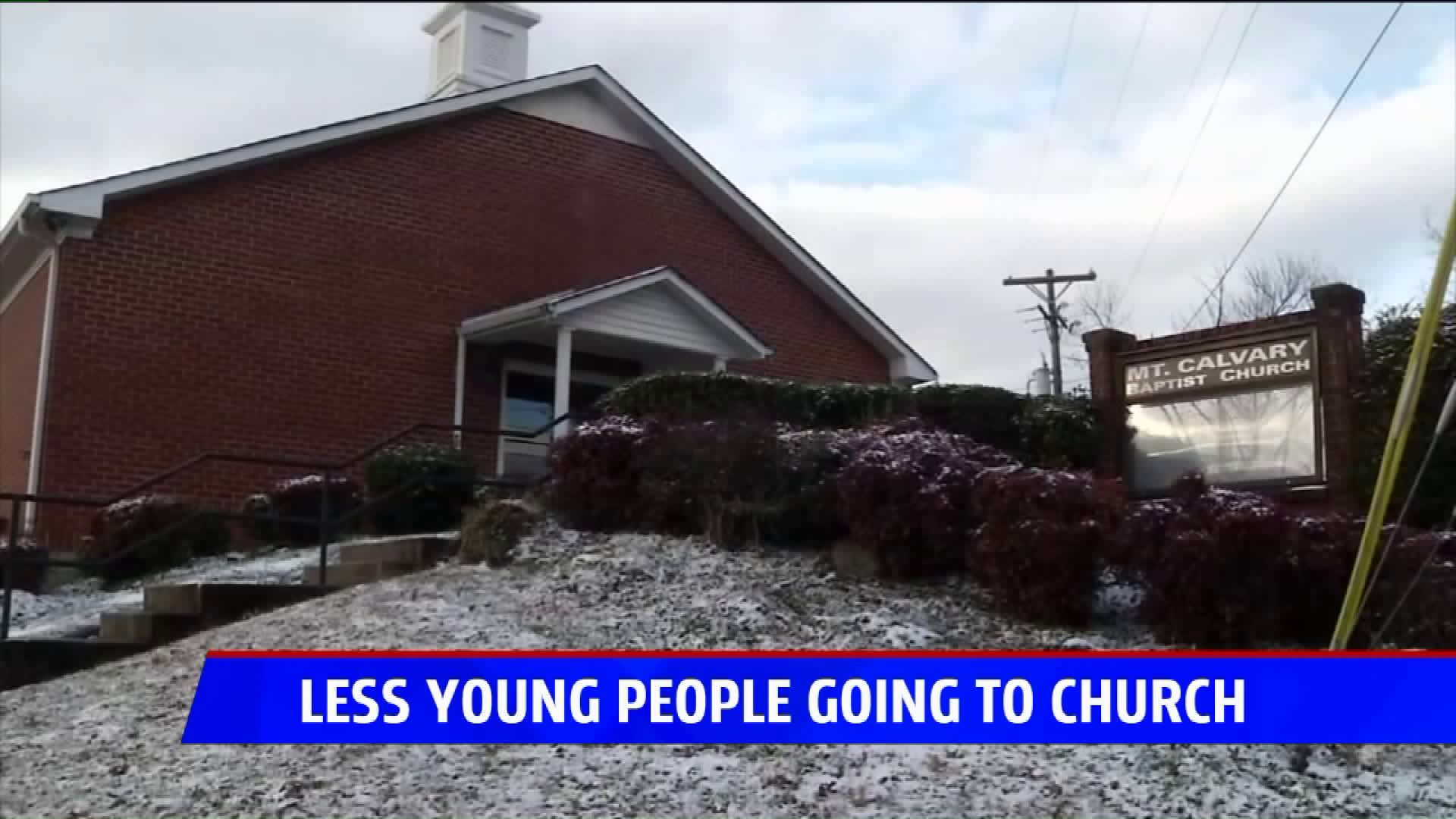 TENNESSEE-- New research finds that young people aren't attending church as much as they used to and those who are still going are choosing a more contemporary feel. The trend is especially apparent among college students.

Pastor, Sandy Mcclain, of Mt. Calvary Madison Church has noticed the change and says though young people are still craving God many aren't finding what they are looking for in a church.

A recent survey found from 2007 to 2017 the number of young adults (ages 23-30) attending church dropped by four percent.

Almost half (47 percent) of those who dropped out and attended college say moving to college played a role in their no longer attending church for at least a year.

The data from LifeWay Research found that some believe church members are judgmental, others disagreed with the churches take on politics, or they didn't feel connected to people in the church.

"I notice that the young people have a hunger that I haven't seen in years. They have a hunger and a desire because they face so much pressure, than we ever did when we were younger, so they are looking for a God that they can understand," Mcclain said.

The new trend is starting to have an economic impact. Some churches are seeing fewer attendees and Pastor Mcclain says fewer people, in general, are giving back.

"Now, more people are giving to organizations instead of their local church, because they see them meeting needs and making an impact on everyday lives," Mcclain said.

Mcclain hopes churches can come together and meet the needs of the entire community, including young adults.