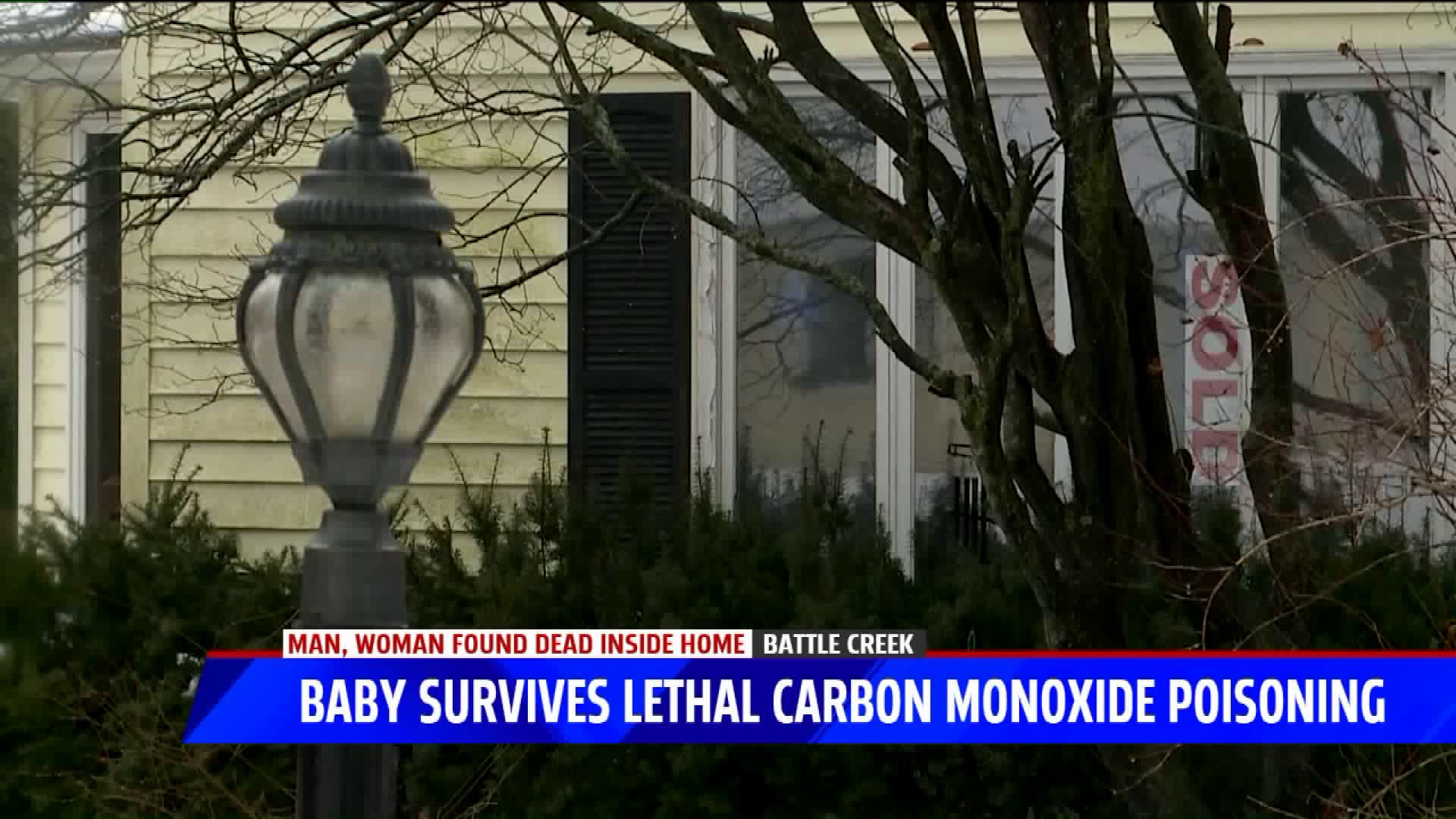 Police and fire crews were called to a home in the 2000 block of SW Capital Avenue about 8:00 a.m. Wednesday where two people were found unresponsive.  The adults, a 19-year-old woman from Coldwater and a 19-year-old man from Bronson, were pronounced dead at the scene. The couple's five-month-old son, who was found lying next to them on the air mattress, was alive and treated at a local hospital.

"This is unfortunately a tragic reminder of a reason not to run a generator without proper ventilation," said Det. Sgt. Todd Elliott during a press conference at BCPD headquarters.

Inside the house, crews also located a generator and a kerosene heater. The fire department detected high levels of carbon monoxide throughout the house: 700 parts per million on the first floor and 900 upstairs.

Police said that the friend of the Bronson man was remodeling the home. He drove down to Coldwater to pick the family up on Tuesday with the intention that the man was going to help him with the project. The family was supposed to stay somewhere else for the night.  However they decided to stay.

"They had arrangements to stay someplace else in town and he just told them ‘make sure you lock the house up when you leave,'" Det. Sgt. Elliott said. "It was understood that they weren’t supposed to stay there."

Police said that the couple had no mode of transportation and that they may have stayed because of the bad weather. However, it appears that they let the generator run all night and that may have been what killed them.

"At this point, the investigation doesn’t show any signs of foul play," Det. Sgt. Elliott said. "It doesn’t appear that there was anything intentional done in this. This is just a terrible accident where two young people died."