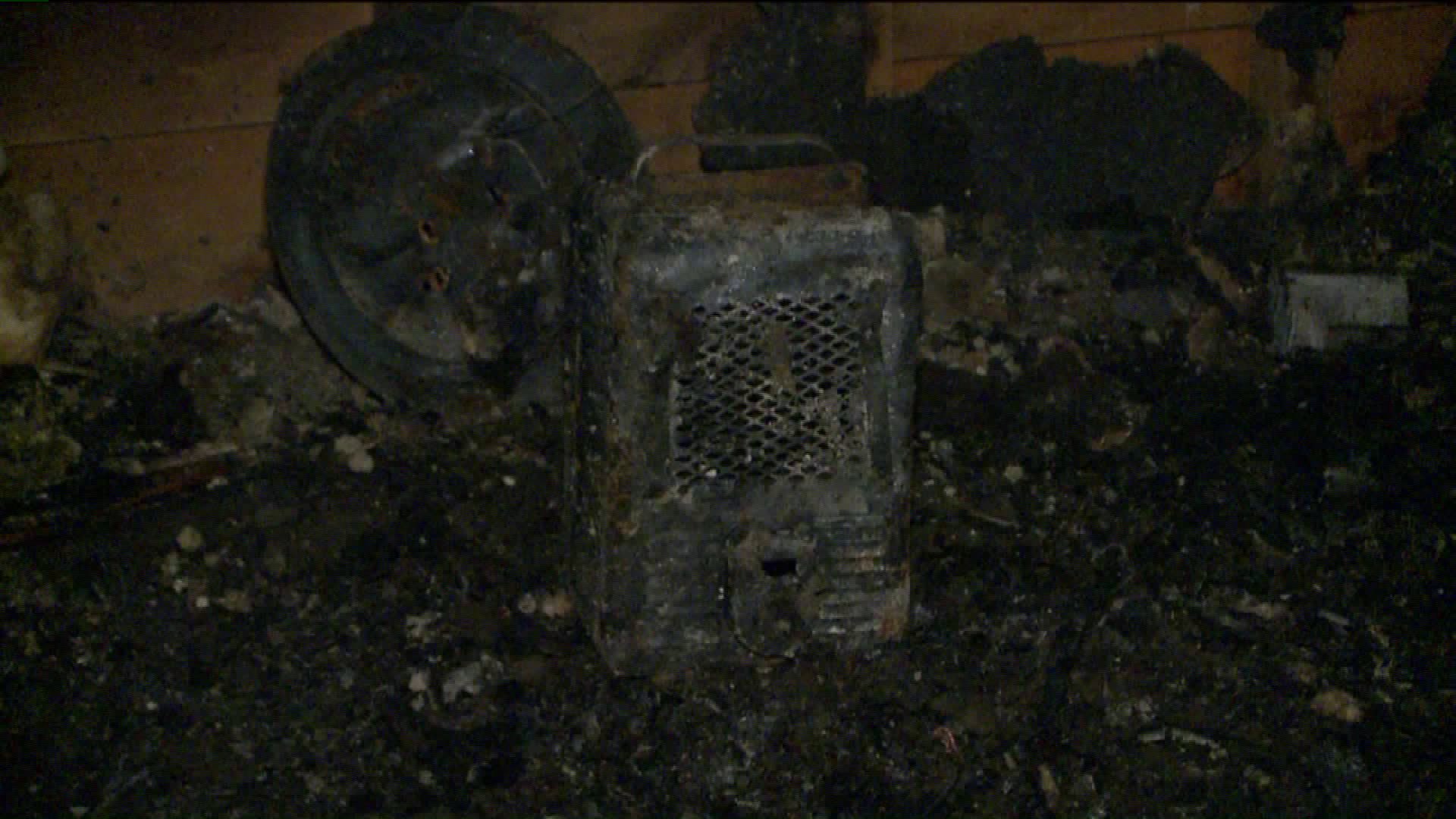 FREMONT, Mich. -- Julie Miller is thankful to be alive after a fire displaced her from the place she's called home for three years.

"If I would've not plugged that [space] heater in there, I'd have a house right now. I do know that," she said.

The home on 48th Street in Fremont is full of soot and smoke damage after Wednesday morning's incident.

"I hurried up and I got up and I looked over there, and there was a three foot flame up against the corner of the wall," Miller recalled.

She woke up her brother Tim, who has mild cerebral palsy, and told him to get out of the house.

In the rush, Stein said he ended up outside with no phone or shoes. Fortunately, the family said their snow plow driver was in the driveway at the time and called 911. The family's attempt to extinguish the flames proved futile.

"You have to be careful with those things," Miller said of space heaters.

Fire departments always warn to keep space heaters away from flammables like furniture, blankets, curtains, and don't overload circuits and extension cords. It's left Miller and her brother salvaging what they can. However, she said she's thankful for all the help she's received.

Miller said, "Luckily, I've had a lot of friends that have done good things for me knowing that I'm not focused. Picking me up."

She added, "The Red Cross... very very helpful. You know, they help me out with all kinds of stuff, at least have a place to stay, some clothes, free store."

No one was hurt. Miller, who cares for her brother, has been separated from him while they wait to find new housing. They did not have renter’s insurance. So if you want to help you can click here to check out their GoFundme.