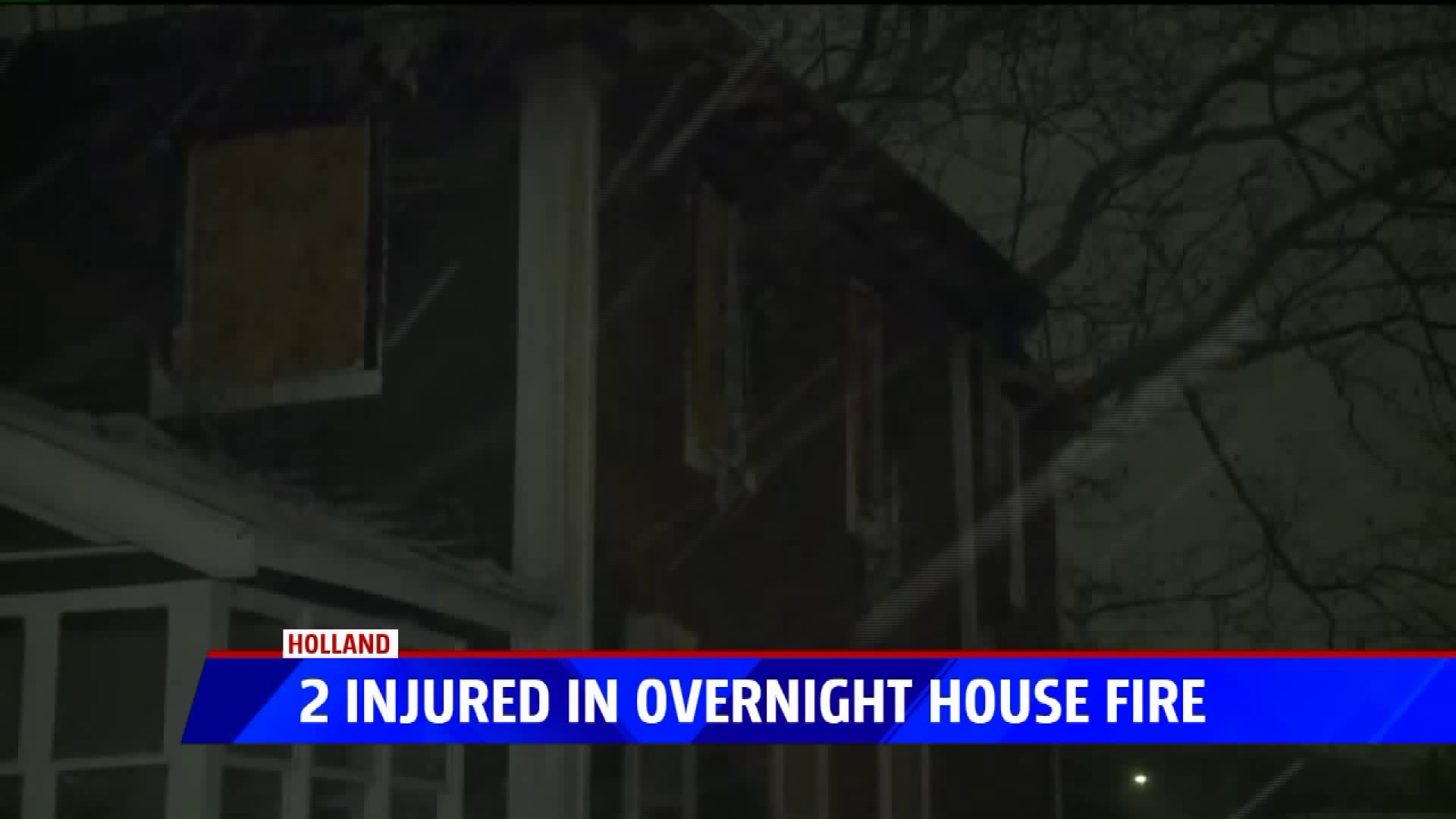 HOLLAND, Mich. -- Fire investigators are working to figure out what sparked a house fire that injured two people Friday night.

The Holland Department of Public Safety says they responded to reports of a bedroom on fire at a home on East 18th St. near Columbia Ave. at about 8:40 p.m.

All five people at the home made it out safely, but two had to be treated for smoke inhalation. One of those victims was taken to a nearby hospital while the other was treated at the scene.

Crews managed to contain the fire to the second floor, though it is not currently known how badly the home was damaged.