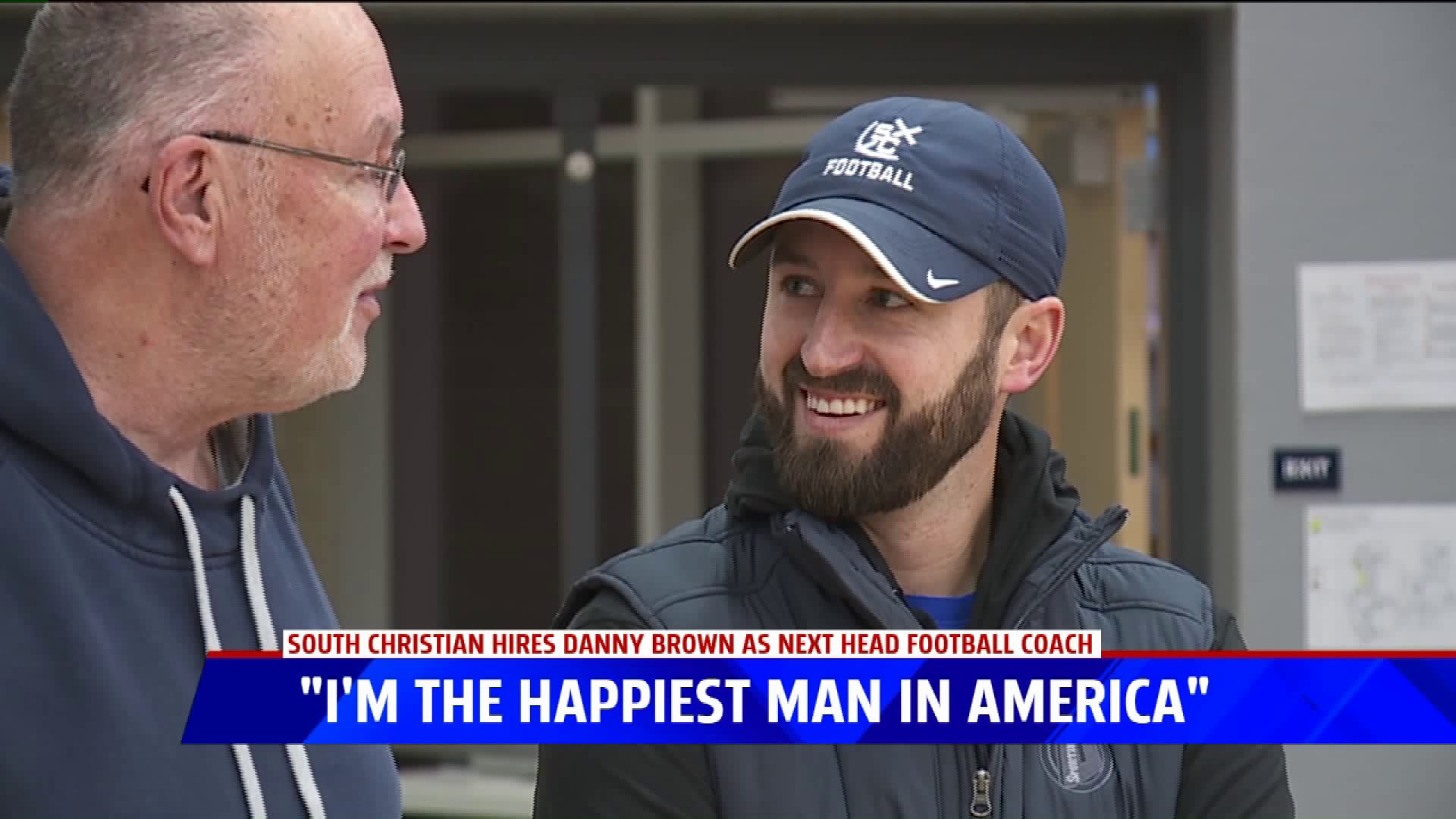 GRAND RAPIDS, Mich -- On Friday afternoon, South Christian named their sixth varsity football coach in alum and longtime assistant, Danny Brown. Brown won a state championship in 2002 as a wide receiver and defensive back on the football team and also won a state title on the basketball court with the Sailors. He served as the Sailors' defensive coordinator for the past five years under Mark Tamminga, who recently retired.

"This is the best job in the world," Brown said, "I couldn't be happier, I said to someone at work today that I'm the happiest man in America. I'm just glad I could come back to my alma mater and coach here."

Brown also tells us his entire coaching staff will remain the same as he assumes the role of head coach.

"There's not much to change as far as philosophy and who we are," he added, "I mean I might be more charismatic than him [Mark Tamminga] but he and Bob left a legacy that I'm going to try to live up to."