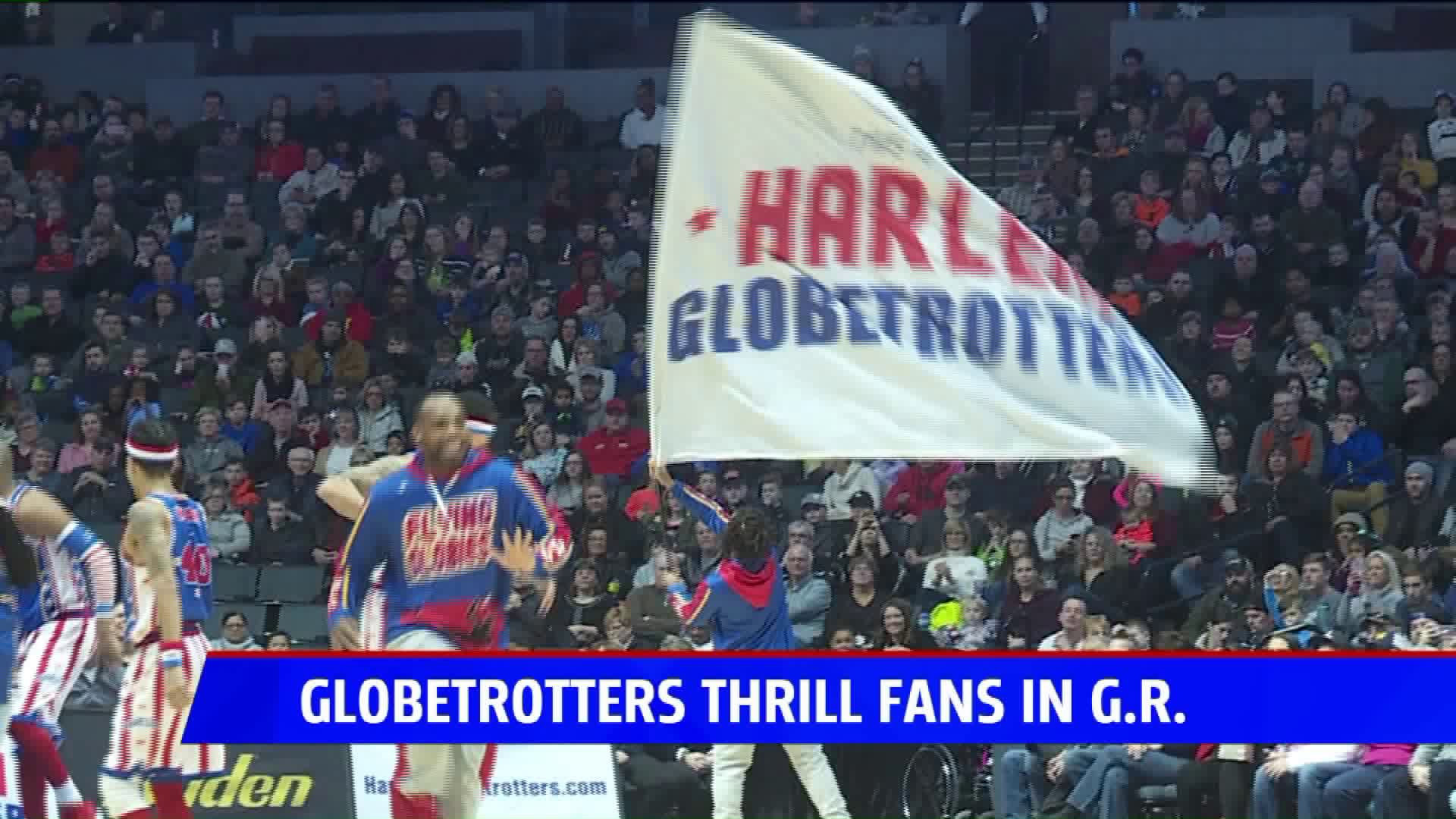 Tor'i Brooks says "It's the best feeling in the world, ever since i was a kid i dreamed of playing professional basketball" Brooks said.  "To be able to do it in front of my hometown of Grand Rapids and give back to the community that has given me so much means so much."

Brooks was under the weather and did not play on Sunday.  The Globetrotters are scheduled to be in Madison, IN on Tuesday.