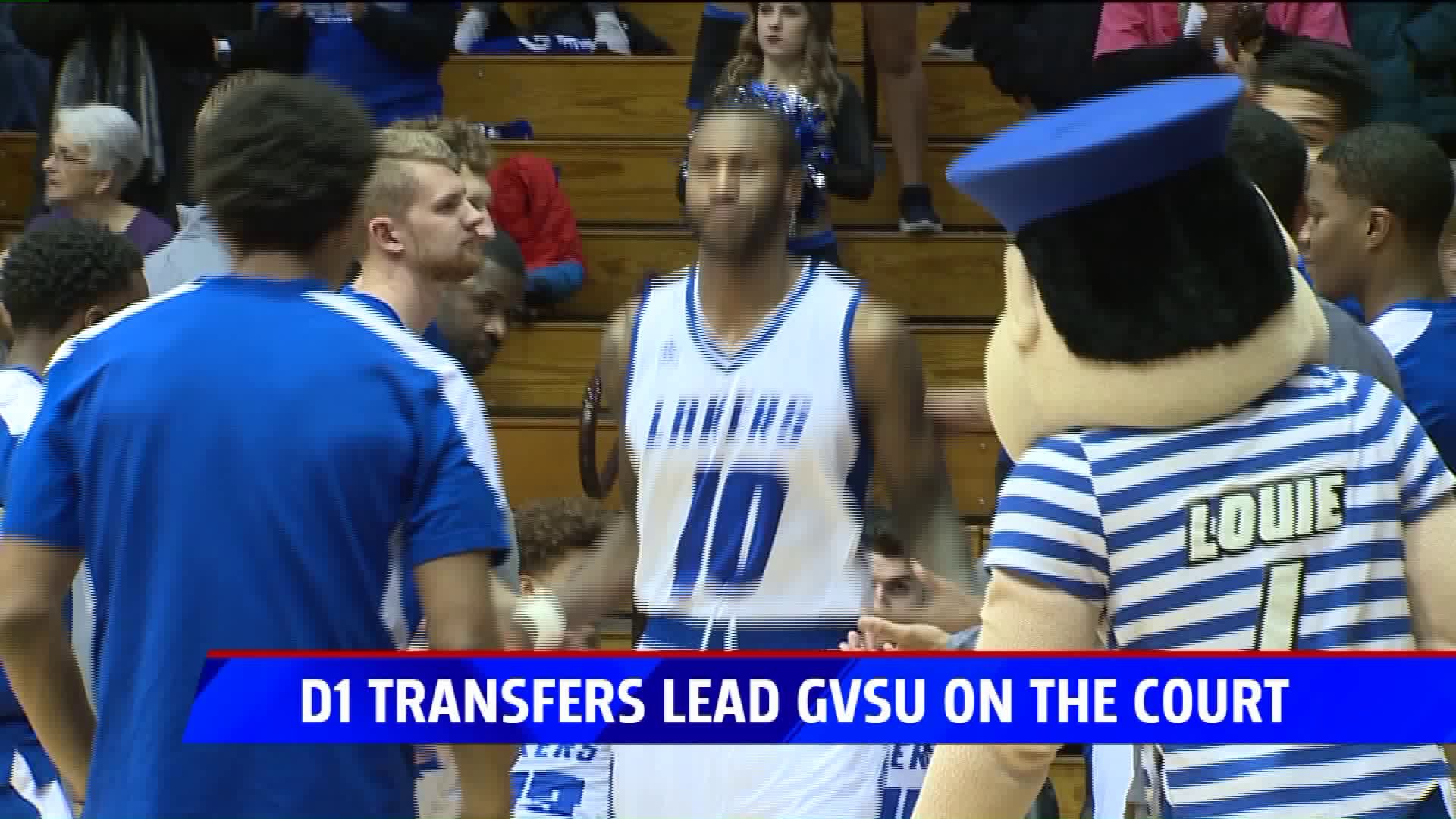 The Lakers have 8 transfers on their roster

ALLENDALE, Mich --  Isaiah Brock was looking for a better culture.

"It has worked out good." Brock, who transferred from Oakland, said.  "I feel like I get along well with all the guys on the team and we just gelled from the start and definitely looking forward to the rest of the season."

Jeremiah Ferguson wanted to be closer to home.

"I love it here, both on and off the court." Ferguson, a transfer from Youngstown State, said.  "I have met a lot of great people plus my teammates so it has been a good decision."

Transfers are becoming a larger part of the college basketball story every year.

"I don't like that our sport has become so transfer oriented." Lakers head coach Ric Wesley said.  "It is sort of a sad commentary on our sport but it is a market that is now out there and we have a good school, guys coming from division one I think view our school as a sideways lateral move and these guys both have fit in very well from day one they have been two of our starters all year we are excited to have them, they are both good guys, good kids and real leaders in our program."

Besides Brock and Ferguson, GVSU has also brought in Demetrius Lake (Schoolcraft CC), Shaquan McArthur (Embry-Riddle), Chris Gilbert (Oakland), plus Kindred Williams (St. Joesph's, IN) sat our last season after transferring and leading scorer Hunter Hale cam over from Central Michigan prior to the 2017-2018 season.

Despite all the news faces, the chemistry is good according to Brock.

"It's great honestly." Brock said.  "I look at them all as brothers and even though I haven't known them that long I still feel like I would go to war with any of them and I would do anything for them so it is really great being a part of this team."

GVSU (11-8) will be at Wayne State on Thursday night and Ashland Saturday afternoon.  The Lakers next home game will be Thursday February 7th against Purdue-Northwest.