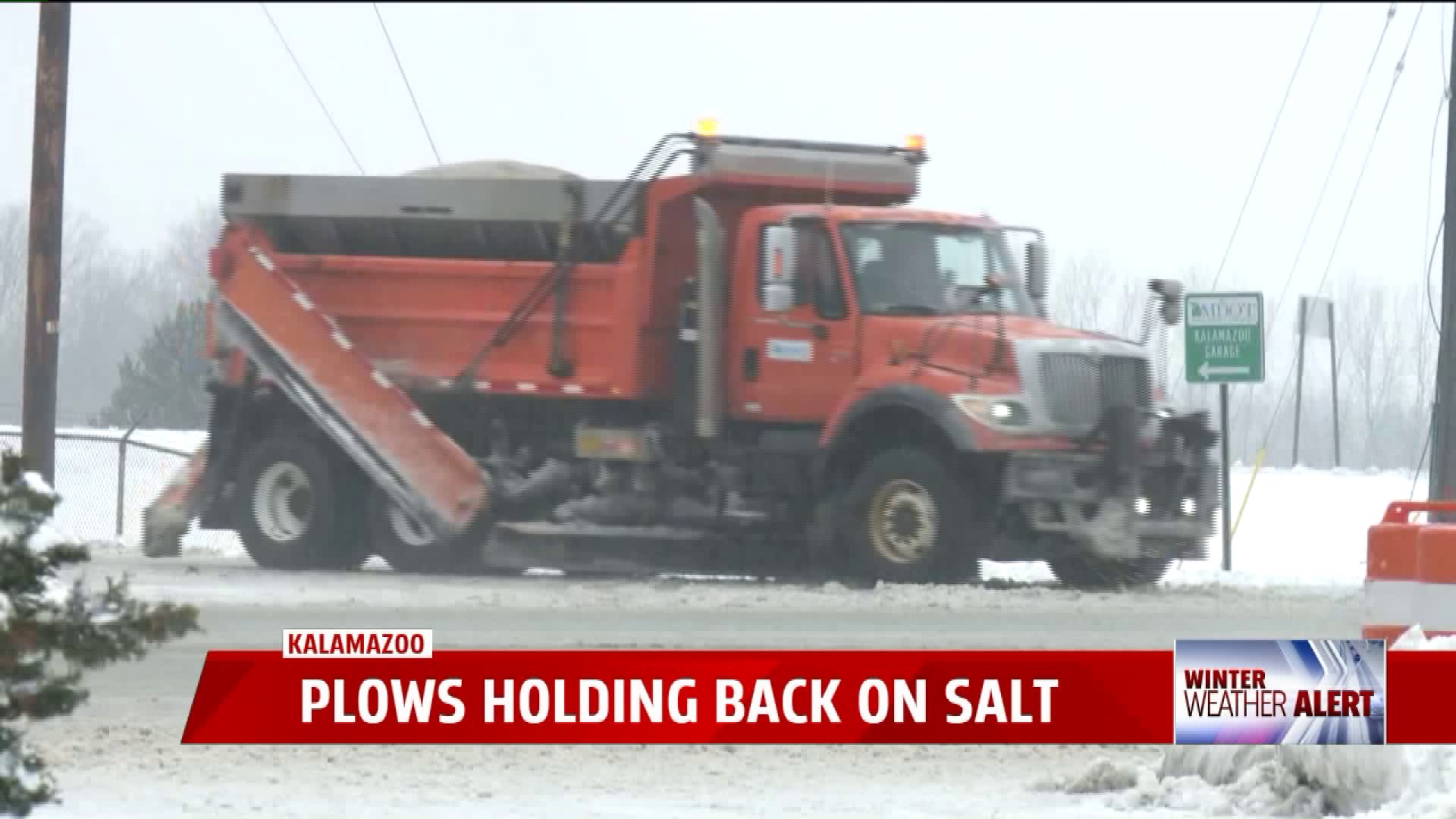 KALAMAZOO, Mich. — As southwest Michigan continues to be under a winer storm warning, the Michigan Department of Transportation is deploying all 85 of its plow trucks to clear the roads.

Spokesman Nick Schirripa said their drivers are working 24 hours a day this week.

“There’s really no way to thank them enough for what they do,” Schirripa said during an interview at the MDOT office on Kilgore Road. “They certainly are putting their lives on the line everyday for every motorists in Michigan to make the roads as clear and safe as possible.”

As long as it’s snowing, the trucks will be out, he said. However, one of their biggest challenges is keeping the roads clear. High winds continue to push the snow onto the roads.

“As soon as we get through a couple of lanes, start to  make some progress on it, the wind is just drifting everything back over,” Schirripa said. “Right now we’re really batting the cold temperatures and the drifting."

According to the National Weather Service, temperatures are expected to dip into the single digits with a wind chill of 14 blow zero. Schirripa said when temperatures go below 20 degrees, the salt becomes ineffective.

“What’ll happen is the salt hits a hard patch of snow, or maybe some slush or whatever it is, starts to break that up,” Schirripa said. “But because it’s so cold, it re-freezes before the plows can come back and remove that melted material, that melted snow, that melted ice.”

Sand is out of the question, he said.

It's "abrasive," causing more damage to the roads and costs more to cleanup in the spring.

He said drivers can expect to plow trucks everywhere including I-94, US-131, M-43, M-89, and M-139. Even though they're out, he recommends all drivers take it slow in this weather.

“Driving in the winter is not easy,” Schirripa said. “It takes all of your focus and all of your attention. So put your phones away. Really focus on what you’re doing. Leave lots of room between you and the vehicle in front of you.”