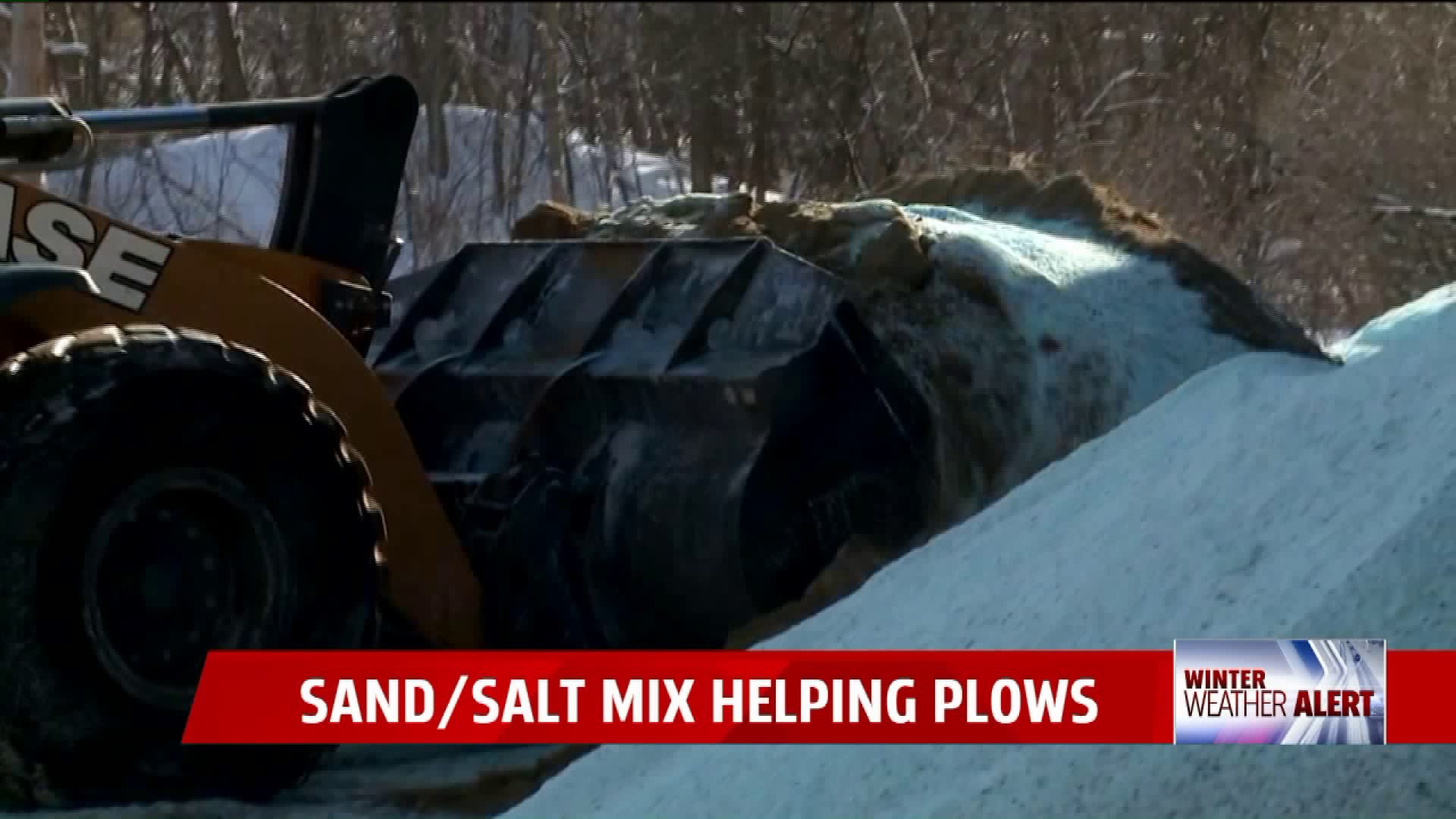 However, the plow trucks were in operation.

“The roads, you know, remain slick,” said the Director of Emergency Management Durk Dunham with the Calhoun County Sheriff’s Office. “It is not a snow issue as much as it is trying to treat the roads.”

Dunham said typically during the winter, plow trucks use salt to break up the ice on roads and highways. However, when temperatures dip below 12 degrees, salt is useless.

“It’s just not effective in the de-icing of the road,” Dunham said. “It just doesn’t have an effect. The temperatures are too cold for the salt to actually have a reaction.”

So officials have started using a new mixture that contains salt, sand and a de-icer that’s environmentally-friendly, he said. The combination allows for better distribution on the roads.

“The compounds they use are organic,” Dunham said. “It is green. They are user-friendly chemicals certainly but the main thing is they are not harmful to the environment.”

Dunham said plow trucks have been using the mixture this winter and will continue to do so during temperatures lower than 12 degrees. It’s been proven to be more effective. Nevertheless, he asked that all drivers take it slow to make the roads even safer.

“Certainly no drinking and driving,” Dunham stated. “No texting and driving. No distracted driving. That should go without saying, although it needs to be mentioned. The main thing on these roads during winter is please slow down.”