From Philadelphia to Grand Rapids: How Dyllon Hudson-Emory landed at Davenport 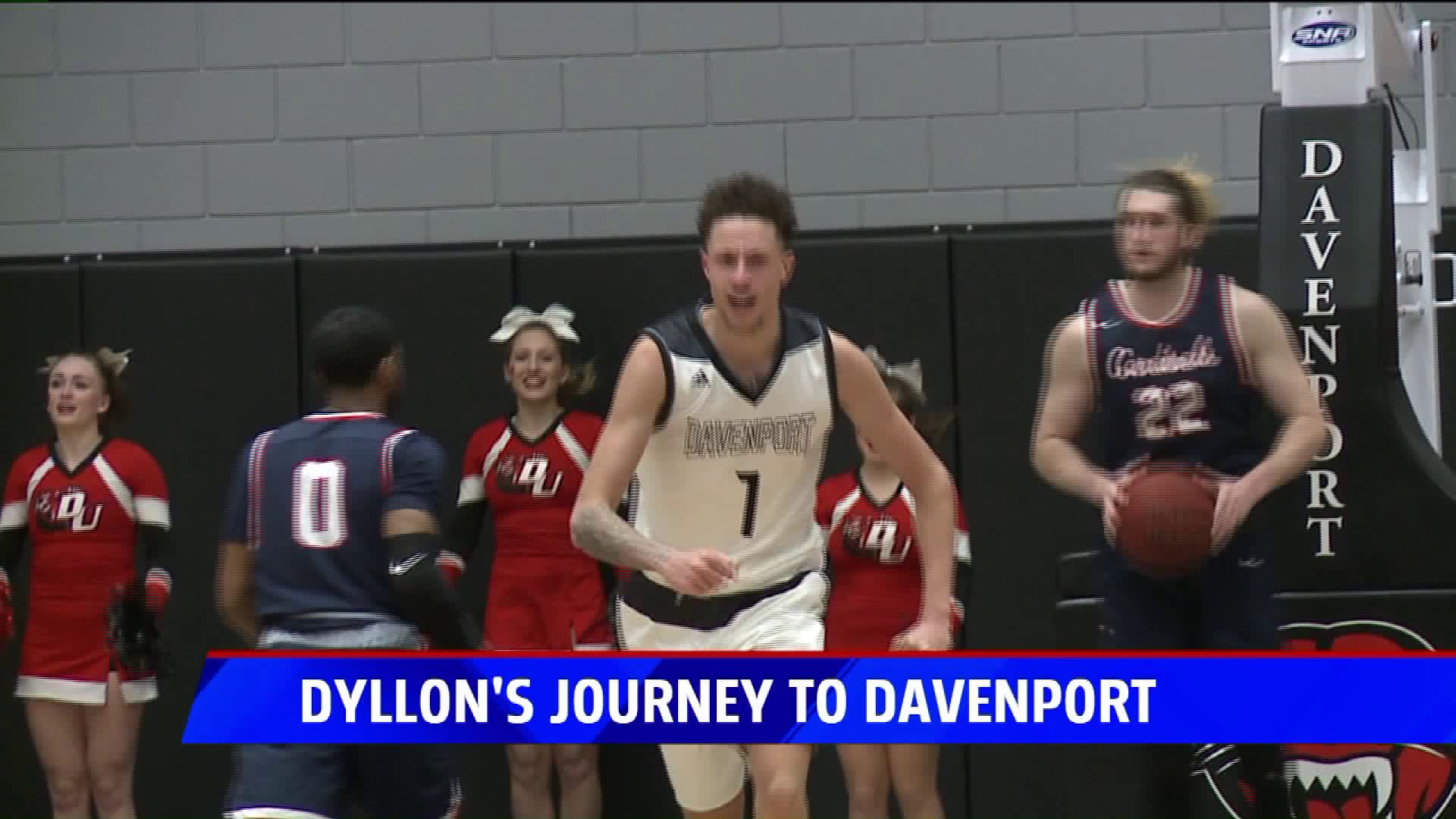 The Panthers leading scorer transferred from Holy Family in Pennsylvania

GRAND RAPIDS, Mich. --  The Davenport University men’s basketball team has gotten off to an impressive start this season, and a big reason for that is senior Dyllon Hudson-Emory.

“He’s been a major reason for our turnaround this year and for our successes we’ve had so far," head coach Burt Paddock said.

Hudson-Emory took an interesting route to Davenport. The Harrisburg, Pennsylvania, native enrolled at Holy Family University, a Division II school in Philadelphia, where he averaged more than 22 points per game two seasons ago. However, Hudson-Emory asked for his release from Holy Family and looked for a new program to play for. That’s when Davenport found him.

“It was real late in the game when I got my release," Hudson-Emory said.   "(In) August, Coach Paddock and his staff called me and said,, 'We have a scholarship, do you want to take it?' And I said, Why not?”

So what did a kid from Philadelphia know about Grand Rapids, Michigan, and his new university? “Nothing at all," Hudson-Emory said.

The coaching staff didn’t know too much about Hudson-Emory, either, other than his ability to score as he racked up 30-point games seven times in the 2016-17 season.

“You know very little, you get the NCAA transfer portals," Paddock said,  "you’re looking for certain players to fit certain voids that you’re losing to graduation or what not.”

Now Hudson-Emory has helped take the Panthers program to the next level as they continue to climb up the GLIAC standings.

"I’m blessed for the coaches for believing in me," Hudson-Emory added. "Great teammates great coaches that push me every day to make me the player I am.”

The Pennsylvania native misses his hometown, but he has found a second home in Grand Rapids.

“Of course I miss being home," Hudson-Emory said. "The weather is different, wind chill, lake effect, all of that stuff. But it’s not bad. I enjoy it. Summers here are really great, It’s pretty much the same, just miss being home around my family, but I have a second family here."

Hudson-Emory has fit seamlessly into the program. The Panthers are ranked in the Division II Top 25 for the first time in school history at number 25.