Snowblower stolen from home of good Samaritan in GR 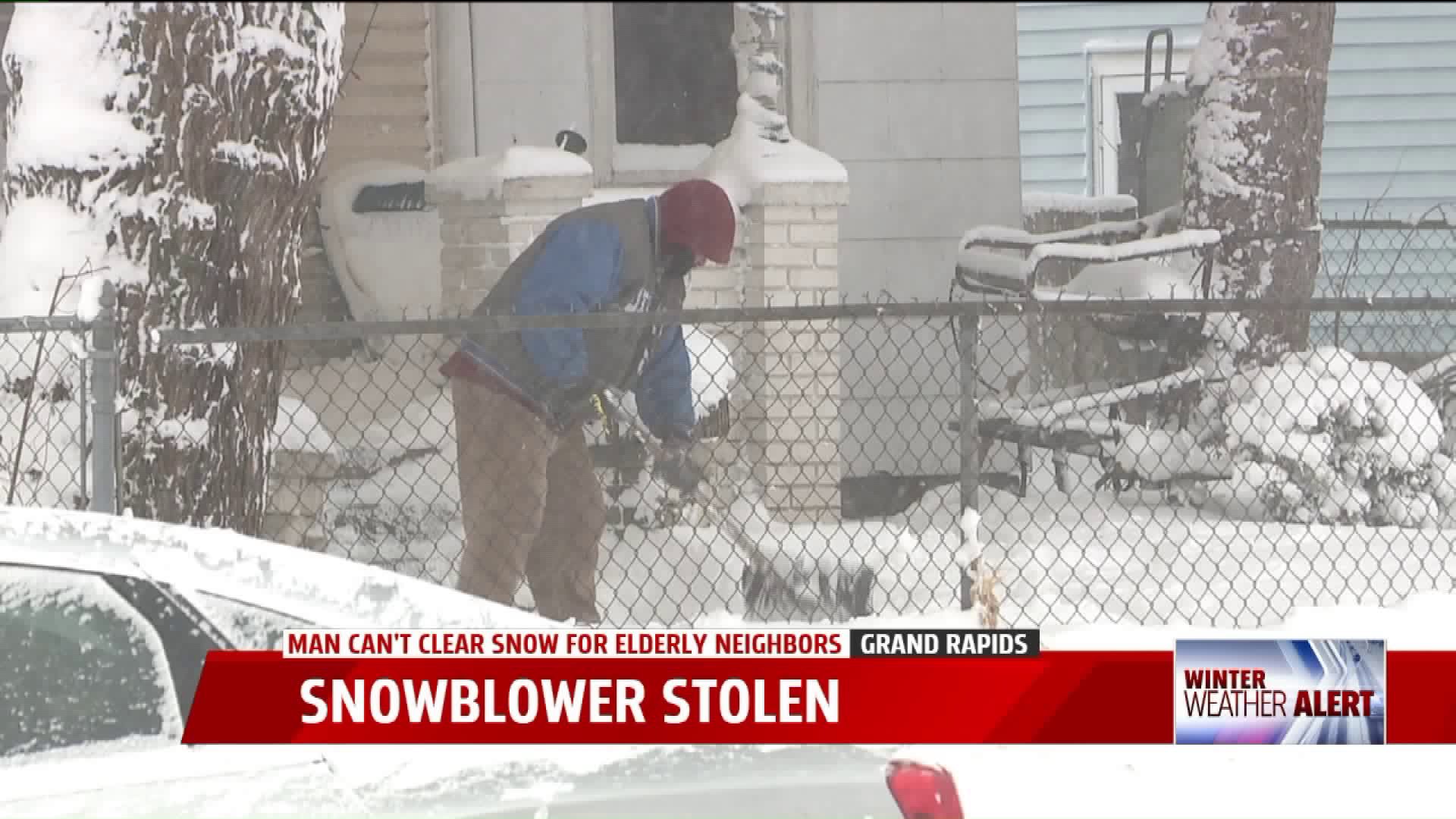 GRAND RAPIDS, Mich. — A Grand Rapids man is asking for help after a thief took his snowblower in the middle of a winter storm that has shut down schools, businesses, and government offices.

Danny Newland regularly uses his snowblower to clear pathways for his entire neighborhood.

“I snowblow the sidewalks all the way from one end down to the other on my block here and on the other side of the road, for some of the elderly that can’t get out and do it themselves,” he said.

But two days ago, the snowblower went missing. Newland says he thinks it was taken around 1 a.m. Monday night.

He has a camera on the front porch of his home on Woodlawn Street, but internet service got knocked out, so he can’t see the footage.

“Please, if you would give it back, I’d appreciate it,” Newland said. “I hold no ill feelings towards them.”

In the meantime, Newland is clearing off sidewalks with a shovel and a neighbor’s snowblower when he can get it. He says he filed a police report, but has little hope of seeing it again.

A family member has created a GoFundMe page to help replace his loss.