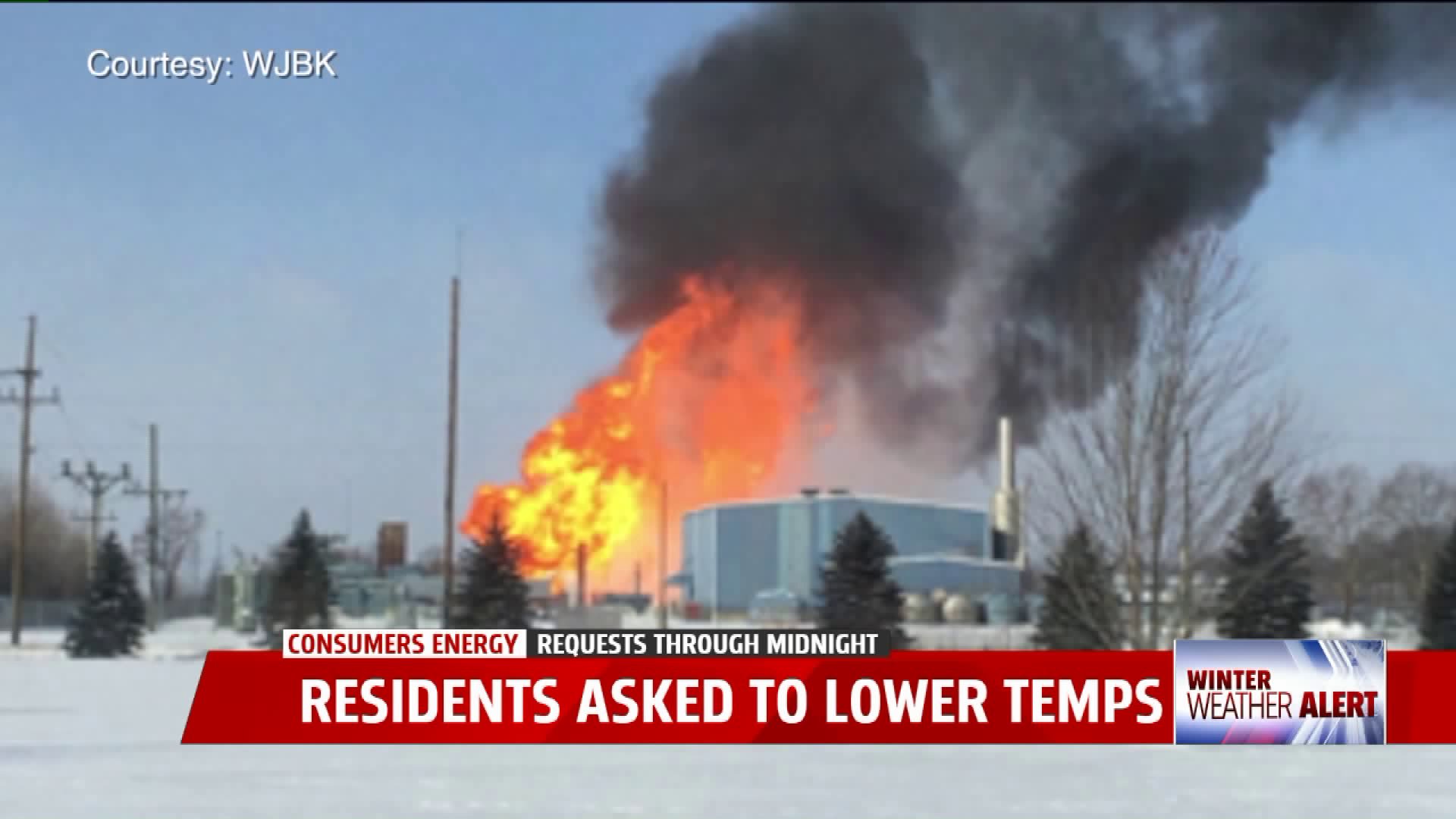 The company revised the end time for the conservation period late Thursday afternoon.

The company says that Michigan residents have been conserving gas since their request on Wednesday and the State of Michigan's alert Wednesday night.  Conservation by residents who receive their gas service from companies other than Consumers Energy is also helpful and has been making a difference.  They say they are "cautiously optimistic" that the requests to reduce gas use are having a positive effect.

A fire broke out Wednesday morning at the Ray Compressor Station in Macomb County. Consumers says that the site is a combination compression and storage field where they store natural gas until it is needed. That station is now partially in service and repairs at the facility are continuing.

Consumers Energy President and CEO Patti Poppe says that the company has also received notice from a major area manufacturer that they will stay closed Thursday to help drop demand for natural gas.  The company is also lowering temperatures in their own offices to 58 degrees.

The Associated Press is reporting that at least 18 factories and other facilities run by General Motors, Ford and Fiat Chrysler were affected Thursday.

Auto plants and other big energy users throughout Southeast Michigan are shutting down or limiting operations due to a natural gas shortage caused by a fire and frigid weather.

The call for conservation is in effect through midnight.