MSP: 6 cruisers hit while responding to crashes in West MI this week 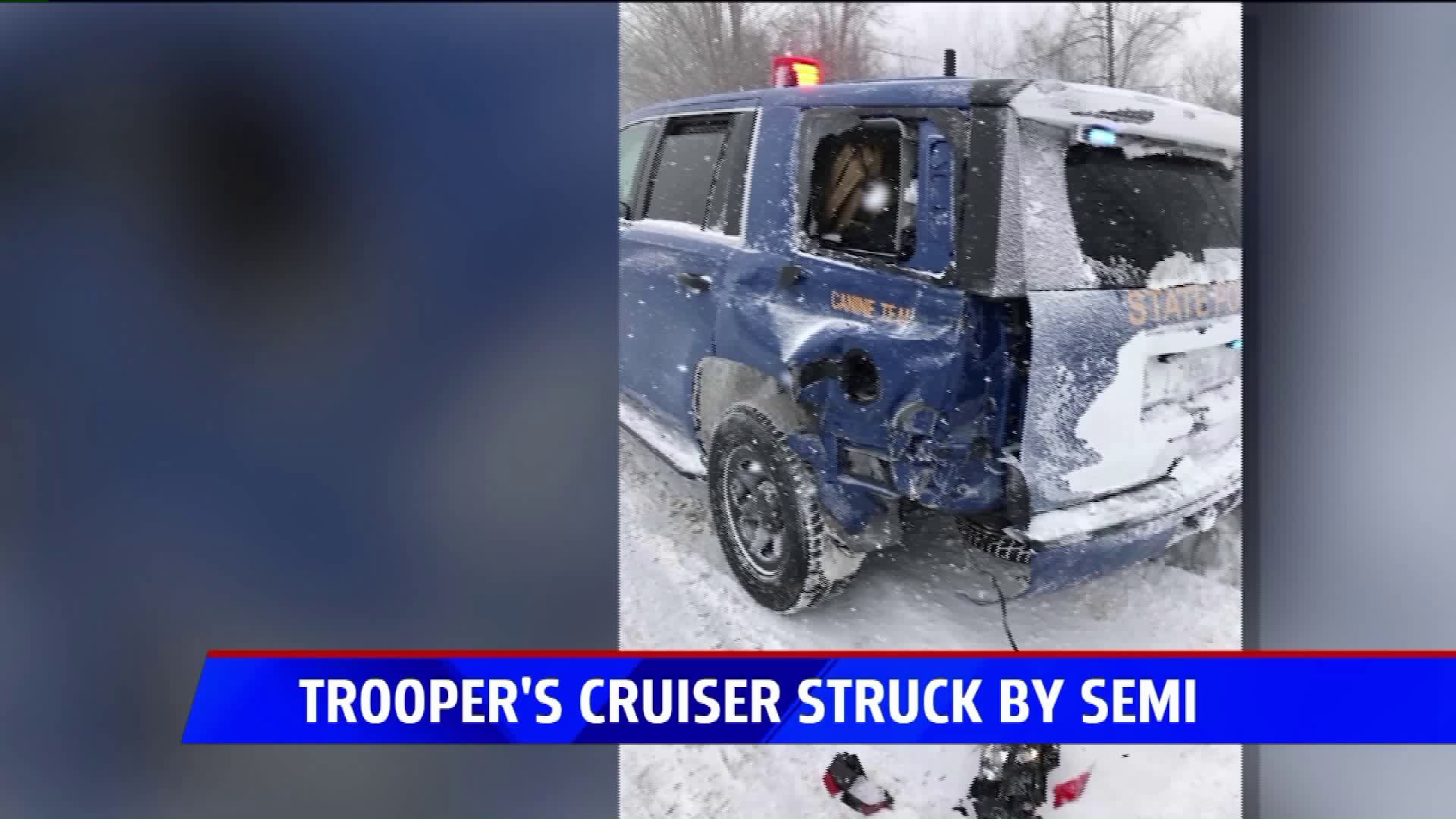 PAW PAW, Mich. - Michigan State Police troopers responded to hundreds of crashes around Michigan this past week, and sometimes they were even involved in them.

Police say that six cruises were damaged in crashes just this week in West Michigan.  One officer from the Paw Paw post and his K-9 companion were grateful to be able to walk away from one of those crashes unharmed.

Bryon Bierema tells FOX 17 that motorists should consider how they would drive if they thought a friend or family member was at an accident scene as they drive by.  He and his K-9 partner Hank have been handling weather-related crashes and slide-offs this week.

On Wednesday, Bierema and Hank were assisting another officer at a crash on I-94 when his cruiser was hit from behind by a semi-truck. Bierema still had his seatbelt on and Hank was in a kennel, which offers protection, but doesn't have a safety harness.

Motorists are asked to simply "slow down" and "move over" when passing an accident scene. If you can't move over, at least slow down enough to allow for two vehicle lengths between you and the vehicle in front of you.

State law requires motorists to slow down if you can't move over for emergency vehicles. A new amendment to that law goes into effect this month requiring you to slow to at least ten miles an hour under the posted speed limit at a crash site.