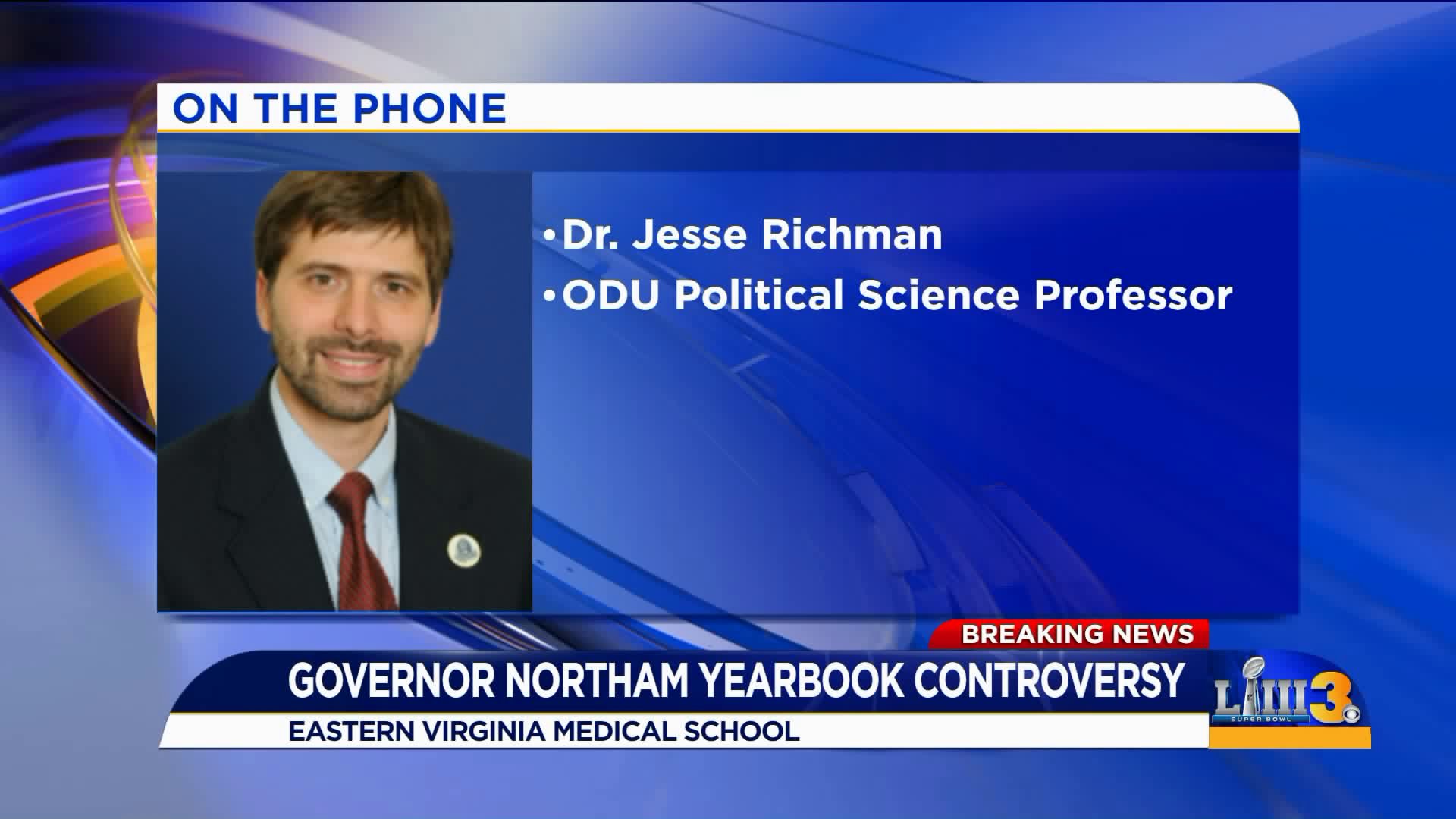 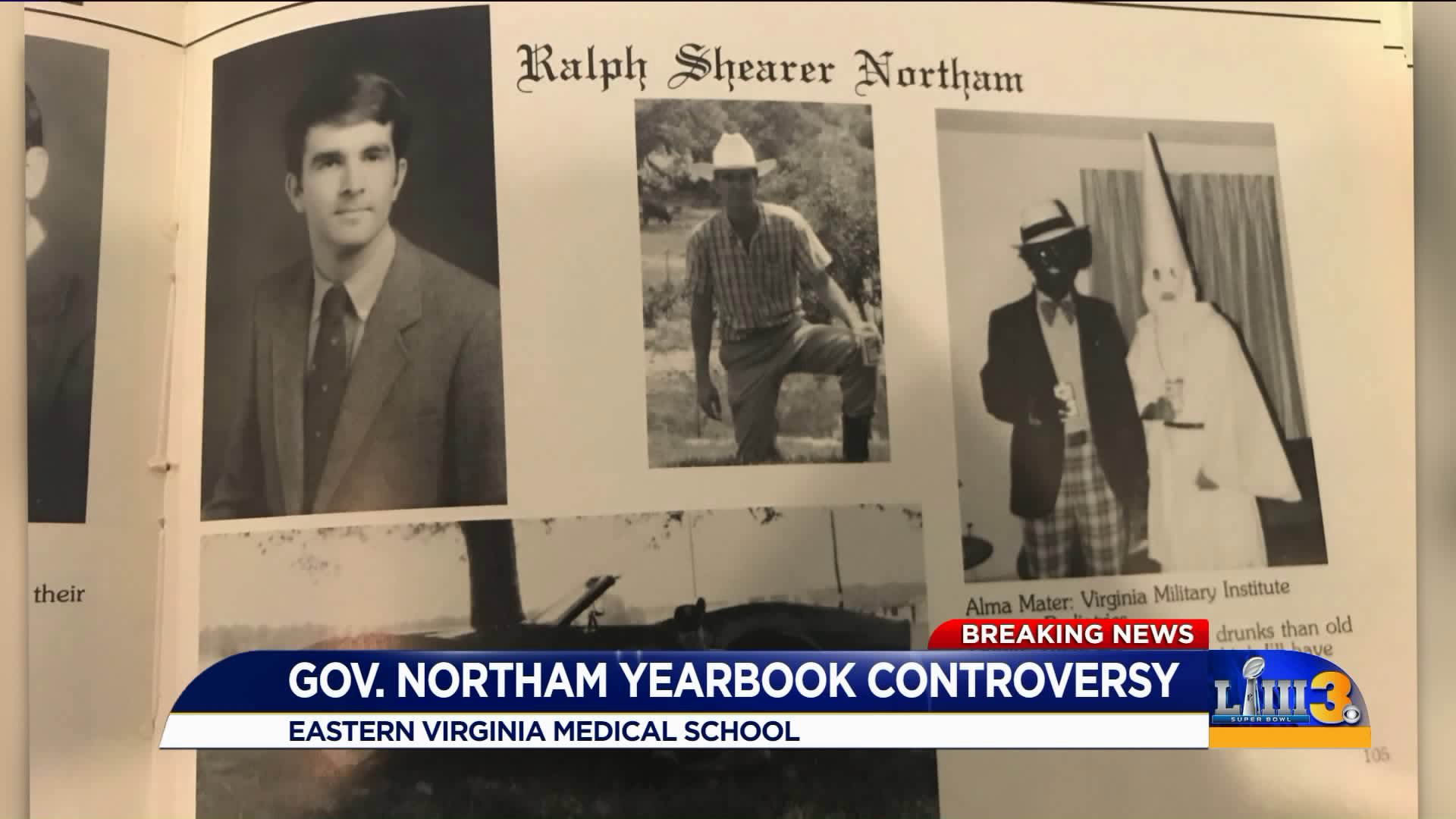 NORFOLK, Va. - Virginia Governor Ralph Northam medical school yearbook page includes an image of one person in blackface and another wearing a Ku Klux Klan robe, according to WTKR.

The photo, which appears on his page in an Eastern Virginia Medical School yearbook from 1984, shows two people but it's not clear whether either one is Northam.

An accompanying quote under the photo reads: "There are more old drunks than old doctors in this world so I think I'll have another beer."

A WTKR reporter went to the EVMS library in Norfolk Friday afternoon and found the page on which the photo appears.

Northam released a statement on the photo:

“Earlier today, a website published a photograph of me from my 1984 medical school yearbook in a costume that is clearly racist and offensive.

“I am deeply sorry for the decision I made to appear as I did in this photo and for the hurt that decision caused then and now.

“This behavior is not in keeping with who I am today and the values I have fought for throughout my career in the military, in medicine, and in public service. But I want to be clear, I understand how this decision shakes Virginians’ faith in that commitment.

“I recognize that it will take time and serious effort to heal the damage this conduct has caused. I am ready to do that important work. The first step is to offer my sincerest apology and to state my absolute commitment to living up to the expectations Virginians set for me when they elected me to be their Governor.”

I have reached out to Northam’s staff multiple times. So far - no response https://t.co/fidcNZzZAf

There were roughly 95 other students who appeared to be in Northam's graduating class.  Most of the pictures showed graduates with their spouses, loved ones and friends. Some of them have poems, words of inspiration and information about their personal likes and where they are from.

"This is a deeply disturbing and offensive photograph in need of an immediate explanation by the Governor."

The latest controversy comes one day after his office addressed backlash for supporting a state measure that would significantly loosen restrictions on late-term abortions in Virginia.