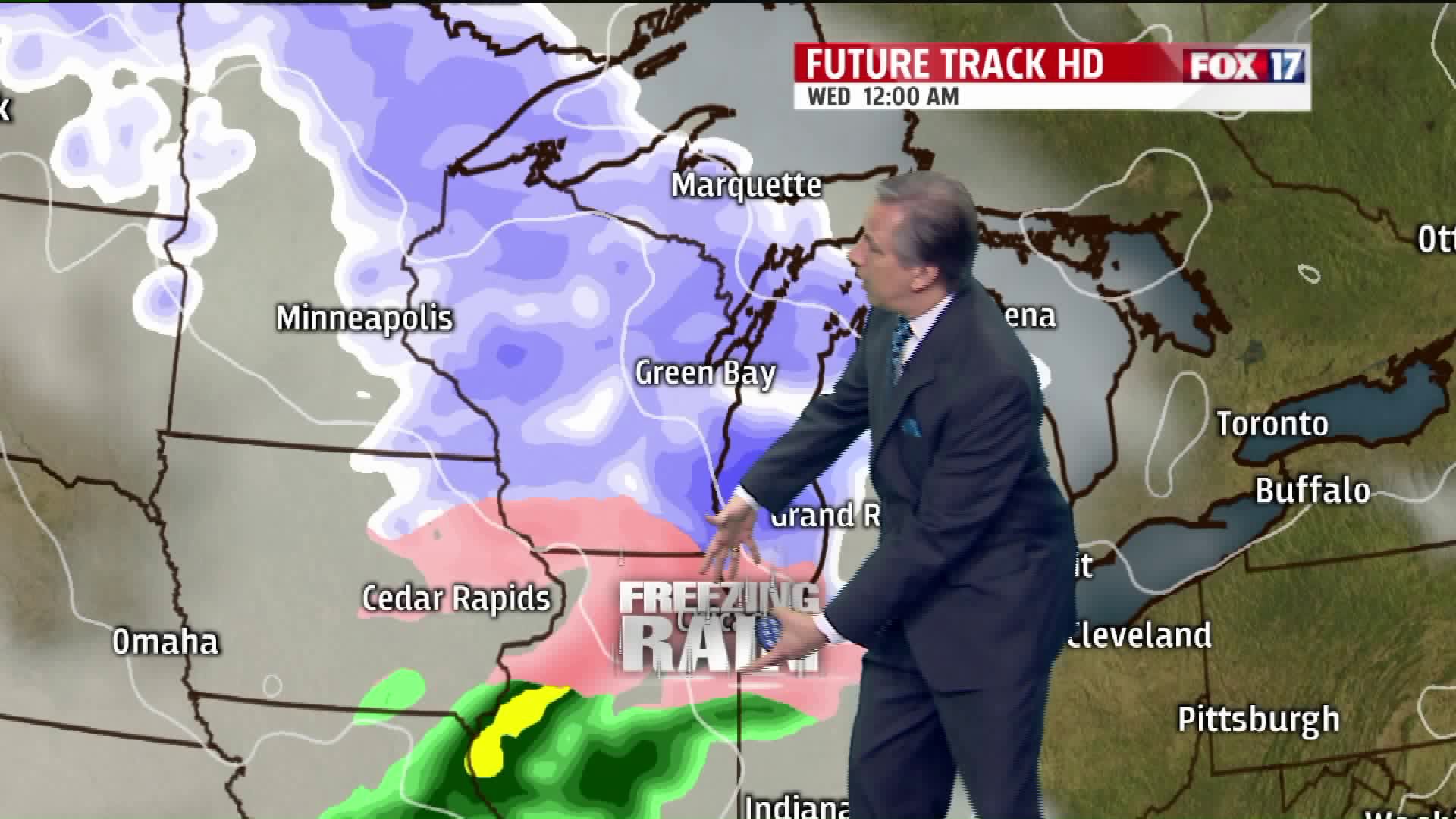 The record high temperature on Monday February 4 for Grand Rapids is 53 set in 1962. I'm not expecting to break that one. It's 49 in Muskegon...also set in 1962. In Holland it's 48 set in 2012, and it's 51 in Battle Creek set in 1952. Some of these will be close or broken. In winter with a fresh snowpack and warm air pushing up from the south, it's hard to determine exactly where we'll end up with high temperatures...but I know we'll be close!

Look for clouds/fog/rain and mild temps on Monday before they start to slip by early/mid afternoon behind the cold front. The other concern will be the possibility of ice jams on area rivers. Temperatures will cool significantly on Tuesday with daytime highs only around 30/32.

Our next weather concern arrives Tuesday night/Wednesday morning. Some of our forecast models are showing the possibility of an icing event, perhaps significant, during this time frame...especially from Grand Rapids southward. Take a look at two of our forecast models below. The first one is our EUROPEAN model that shows about .25" of icing possible into Wednesday morning. This was an earlier model run from Sunday afternoon. The latest Sunday evening model runs are attached in the video above...showing a bit more freezing rain possible. So yes...the forecast models are trending upward for more ice accumulation.

The next forecast model below is our in-house RPM model which is a bit more aggressive with ice amounts. Suffice to say...and icing event...perhaps significant is possible Tuesday night into Wednesday morning with anywhere from .2" to .3" of an inch of ice.

Make sure to stay up on later forecasts. Get more at www.fox17online.com/weather.