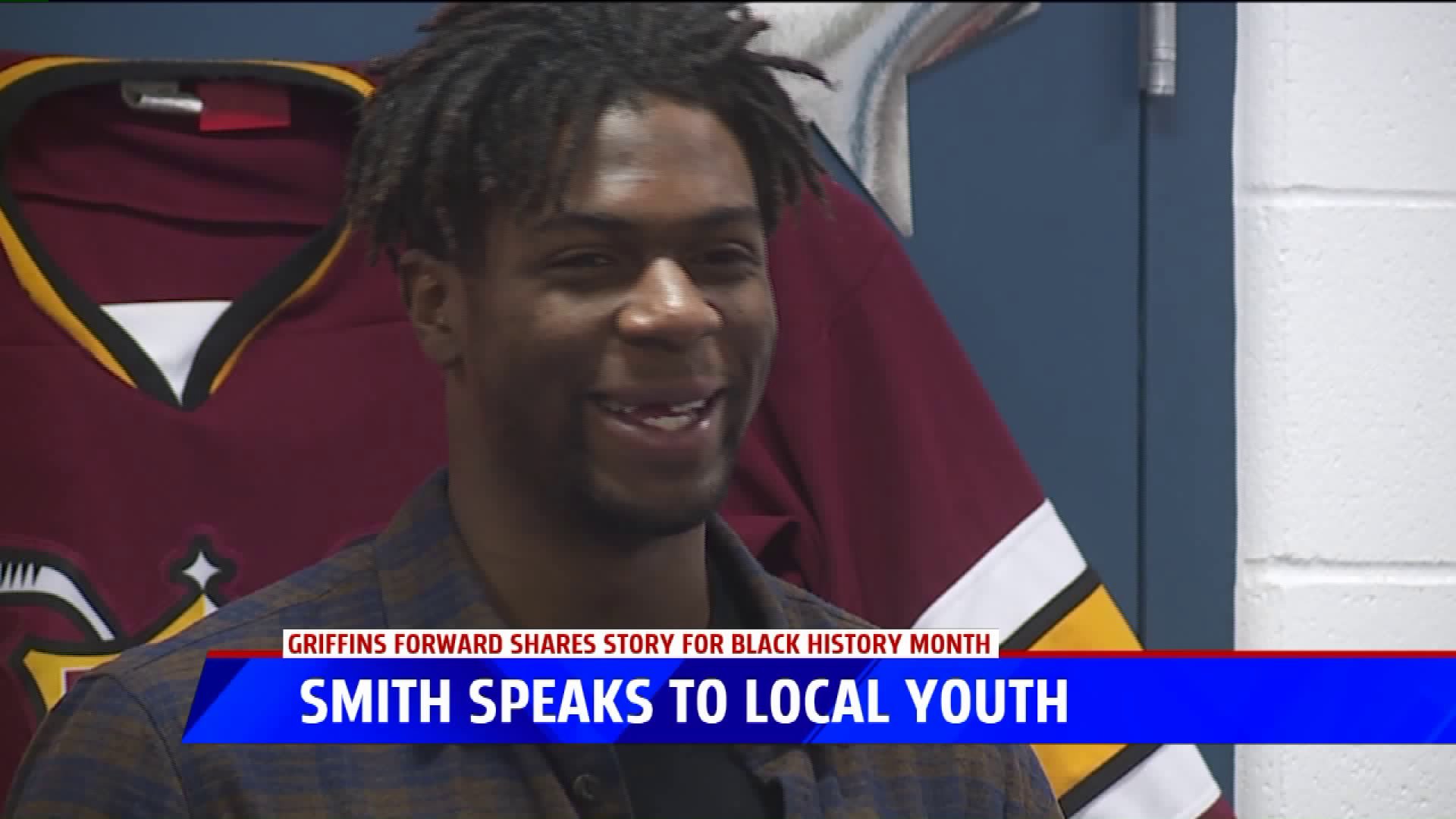 GRAND RAPIDS, Mich -- Griffins forward Givani Smith was a second round pick by the Detroit Red Wings in the 2016 NHL draft but it hasn't come easy. Smith is part of the less than ten percent of players in professional hockey who are African-American and now, he's sharing his story and inspiring other young players in the community. On Monday night, the 20-year old prospect spoke to families at the Griffins Youth Foundation.

"You don't have to be a certain skin color or certain person to play the game of hockey," Smith said. It's a game and if you love it, it'll love you back."

Smith has been largely involved in the Grand Rapids community over the past several months and while a lot of the kids at the dinner on Monday night have seen him play, it was their first time meeting him.

"Now that I'm here they get to talk to me rather than just seeing me on the ice playing," he added, "so it's nice to talk to these kids and connect with them."

The kids certainly listened and learned a lot from Smith's talk.

"It's just encouraging knowing that it isn't just us that has to go through some of this stuff," 12-year old hockey player Jayla Greer stated.

Like Greer, nine-year old Saniya Crump is a female hockey player but Smith's talk about being a minority was certainly inspiring.

"Being the only girl on your team is tough," she said, "you have to adapt to what the boys do in hockey, so it's super challenging but [his talk] encouraged me to keep going and to gather other African-Americans to play hockey, no matter what other people say."

Smith's old brother Gemel plays in the NHL with the Boston Bruins and Givani is hoping to be a brother-like figure in many of these players' lives.

"Many of these players don't have older siblings that played the game at a high level like my brother did, so I'm just telling them 'if I can do it, you can do it too,'" Smith stated.