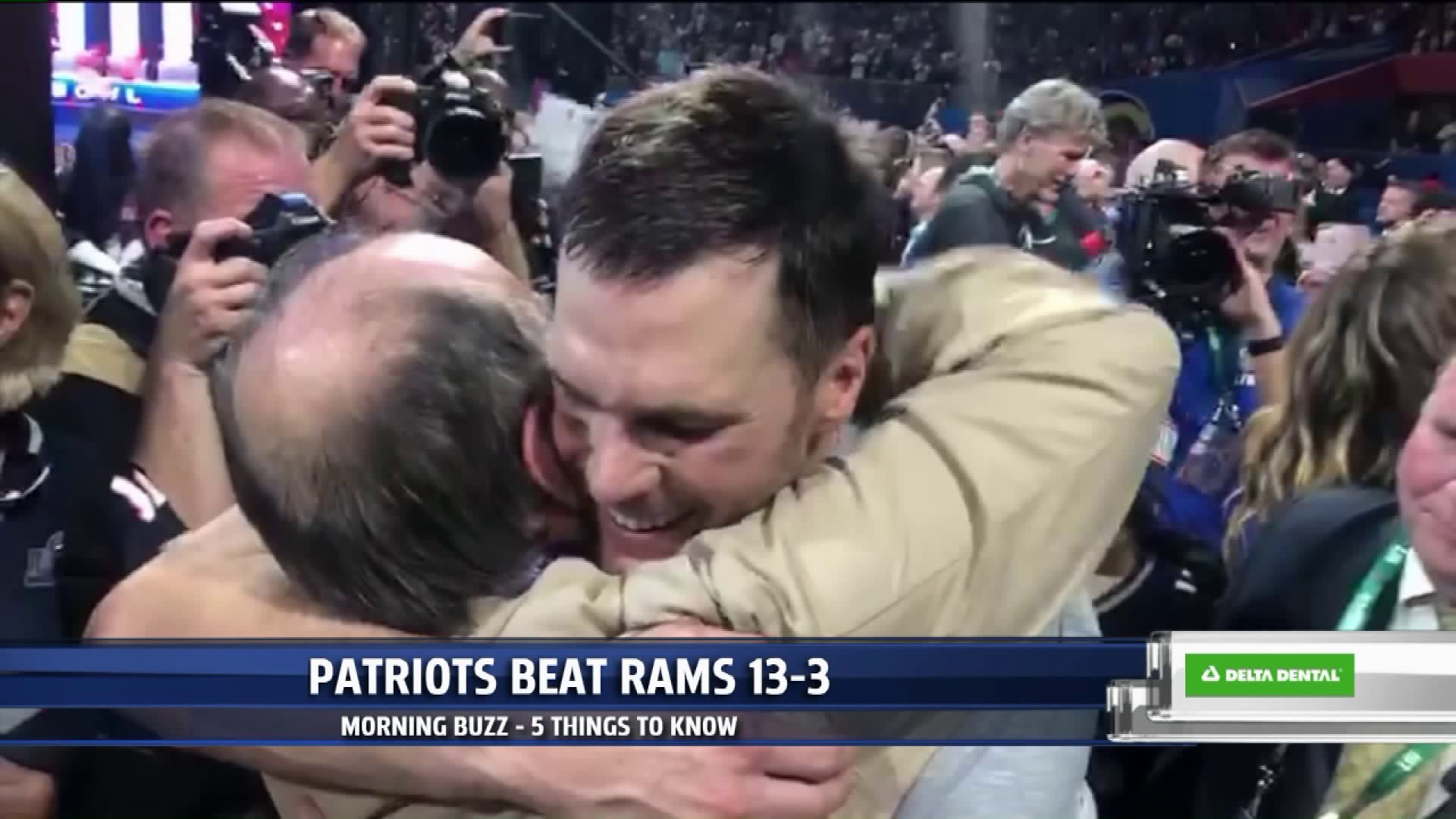 1. The Patriots have done it again, and that means Tom Brady is officially the most winning Super Bowl quarterback of all time. The 41-year-old Patriots quarterback has now won six Super Bowls.

It was a close game, with neither team scoring a touchdown as the game headed into the 4th quarter, that was a first in Super Bowl history.

The Rams didn't score a single touchdown the entire game, as New England went on to win 13 to 3.

With Brady and head coach Bill Belichick capturing six Super Bowls together, it's the most won  by a head coach and quarterback duo.

2. For those who don't care for football, Animal Planet aired their annual Puppy Bowl before kickoff.

A local animal shelter got in on the fun, hosting their own. In the video above, Paws With A Cause in Wayland posted on Facebook.

For anyone interested in fostering one of those dogs, just head to pawswithacause.org for more information.

3. It may be hard to believe, but Facebook has been around for more than a decade. Today marks the social media's 15th birthday.

Mark Zuckerberg and co-founders launched the platform from his Harvard dorm room on February 4th, 2004.

The company grew to define social media and connect two billion people around the world. Along the way Zuckerberg has faced privacy concerns and legal troubles, but the company has pledged to fix its problems.

At the end of 2018, Zuckerberg said it is investing "billions of dollars" to keep Facebook secure.

4. If you thought it was tough getting around last week with the incredible snowfall and frigid temps, imagine what it was like for postal carriers. When the state doesn't have them shut down, they are plodding through all the snow and slush to get people their packages and mail.

Today is the perfect day to thank them as it is National Thank A Mail Carrier Day. To show appreciation, you can offer your mail carrier a big thank you or friendly smile. Or give them a gift card or a warm cup of coffee.

If you do take part, be sure to share a picture using #ThankAMailCarrierDay.

5. Even though people were stranded at home and sick, thanks to technology they could still see a doctor last week.

Spectrum Health says 400 people used its Med Now app to seek medical treatment in the comfort of their own home.

The applets users see a health professional over a computer or mobile device instead of going to a doctor's office.

Health officials say the app is best for people with aches, rashes, cold and flu rather than more serious issues.