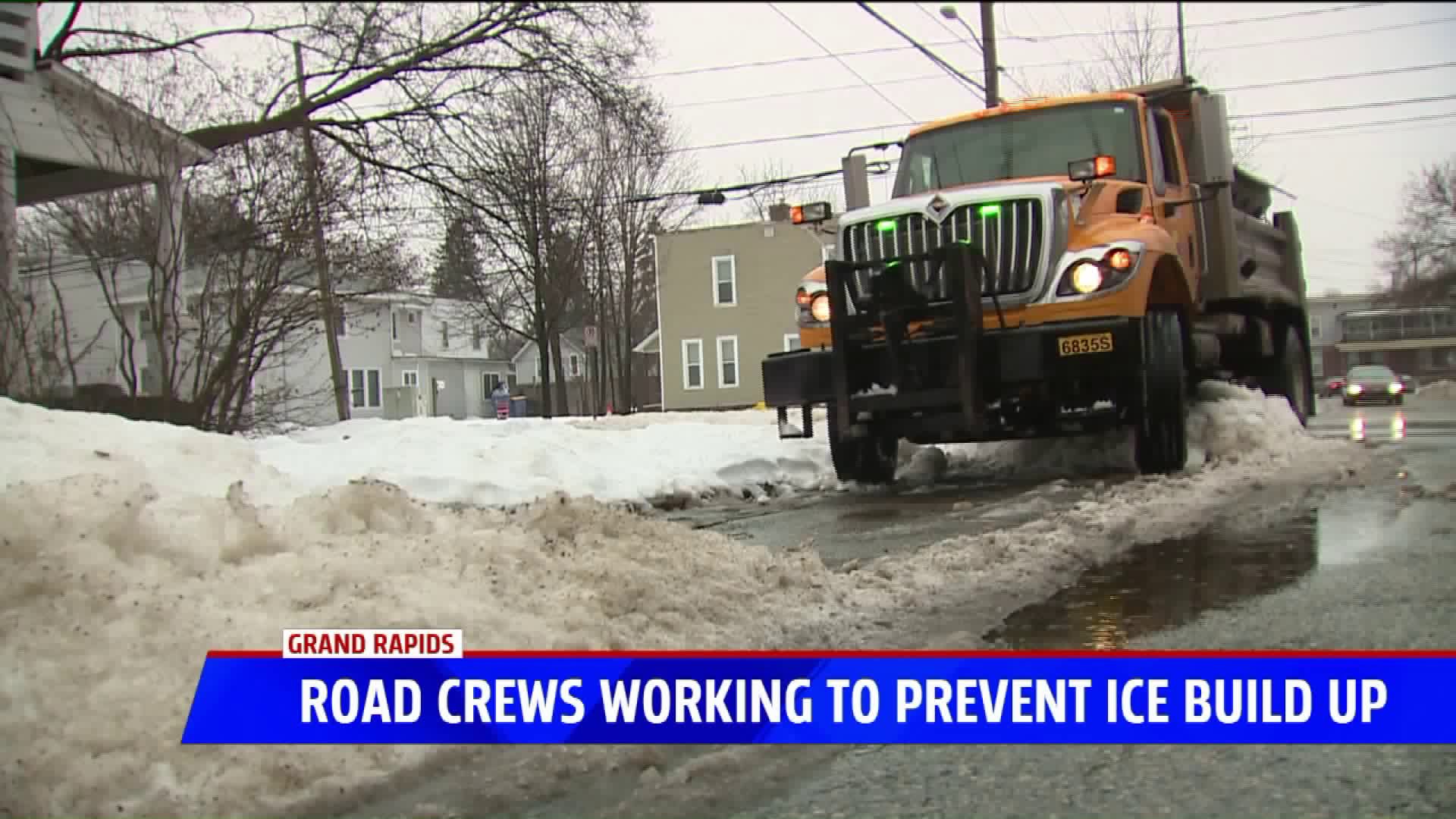 GRAND RAPIDS, Mich. -- The weekend warm up is a welcoming feeling in West Michigan. But the quick thaw and coming re-freeze is creating a new set of concerns.

The City of Grand Rapids is working to keep city streets and walkways safe, working long shifts to clear as much snow as possible before the runoff turns to ice.

City officials say residents can help by making sure the opening to their catch basins are clear.

“Trying to scrape that back to the curb. Trying to free open those catch basins so that with the snow melting it will find it’s way into the catch basins. One of our fears is we might have some icing once the colder temperatures come back. So our crews are continuing to try and push back those banks now," says Grand Rapids Public Works Director, James Hurt.

Plow trucks will continue running, to try and prevent melting snow from becoming sheets of ice. The odd-even rule is in effect, so make sure you are following the rules so plow drivers can do their job properly.