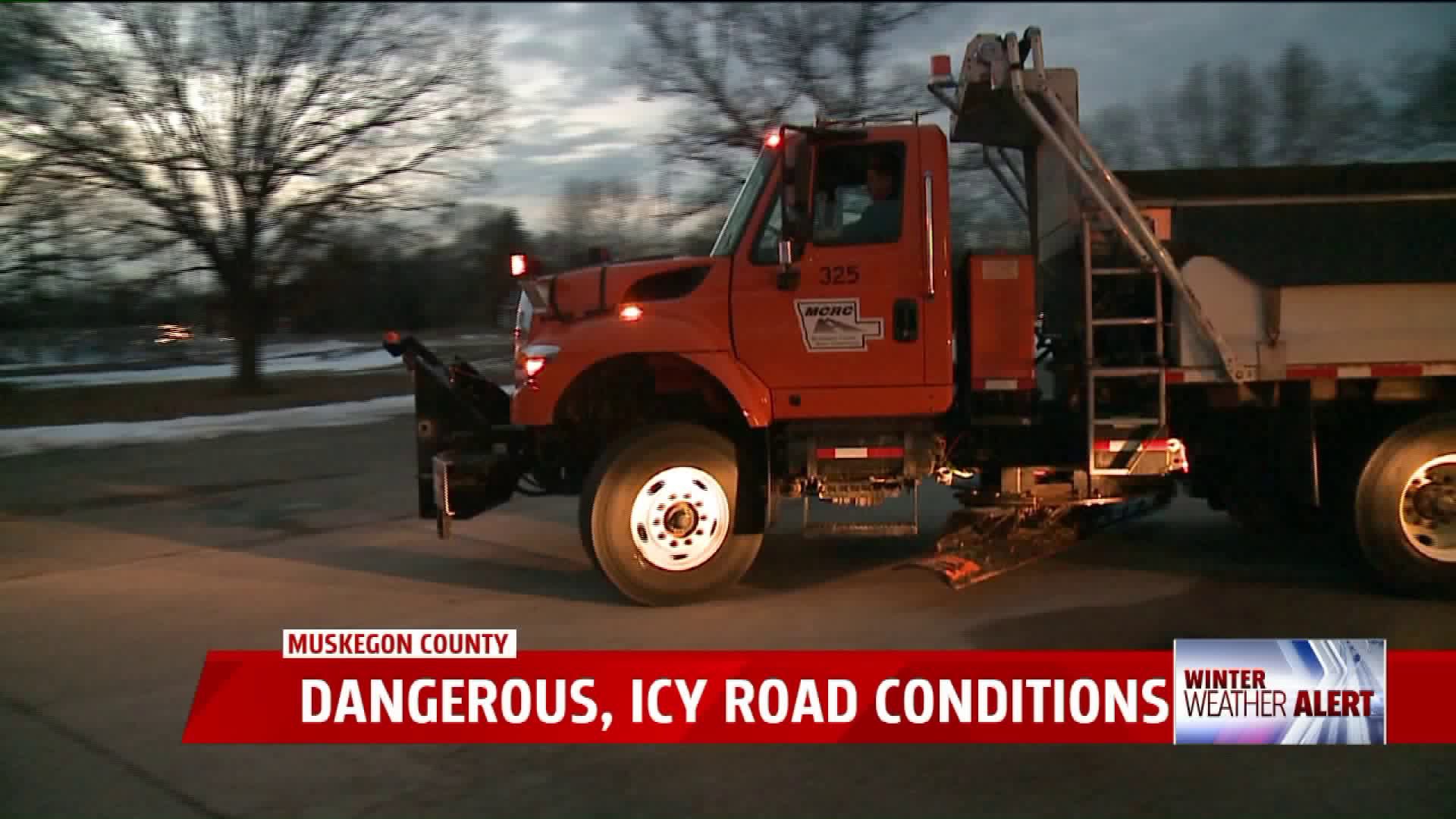 MUSKEGON Mich. — The icy storm hasn't hit yet, but both Consumers Energy and the Muskegon County Road Commission are prepared for whatever Wednesday brings.

Road crews in Muskegon have pretreated roads with liquid salt to buy time for the predicted bad conditions. Consumers Energy has crews on standby to repair downed wires.

“Really, ice is the most difficult thing that an electric company will deal with because of the weight that will come with that ice,” Consumers Energy Spokesperson Roger Morgenstern said.

Consumers says they expect thousands in West Michigan to lose power after the storm hits. Here's a list of their tips for how to prepare.

“We will be out there as soon as the outages occur, but realize there may be a significant amount of damage on our system, and take a bit of time to repair,” Morgenstern said.

The roads in Muskegon are also ready for an icy Wednesday. Second shift with the Muskegon County Road Commission prepped all the trucks, so the early morning crews are ready when the storm hits.

“We try to make sure when they come in, they have fresh blades, so they’re not coming in to any surprises,” truck operator Tim Hilton said.

People like Hilton check and fill all the salt trucks, as well as spray down roads ahead of time to buy the morning crew a few extra hours of sleep for what is sure to be a long day.

“That way they can jump right in their truck. They get called in anywhere from 2-4 in the morning,” Hilton said.

Consumers Energy says those in the Grand Rapids area could be hit the hardest, and they are asking everyone to be prepared to potentially be without power for at least a few days.

Adding, the initial ice storm could cause damage, but after the ice thaws, the change in weight on power lines and trees could mean even more downed wires.

“We’re asking for our customers patience in advance,” Morgenstern said.