Hearing starts to see if ex-MSU president will face trial 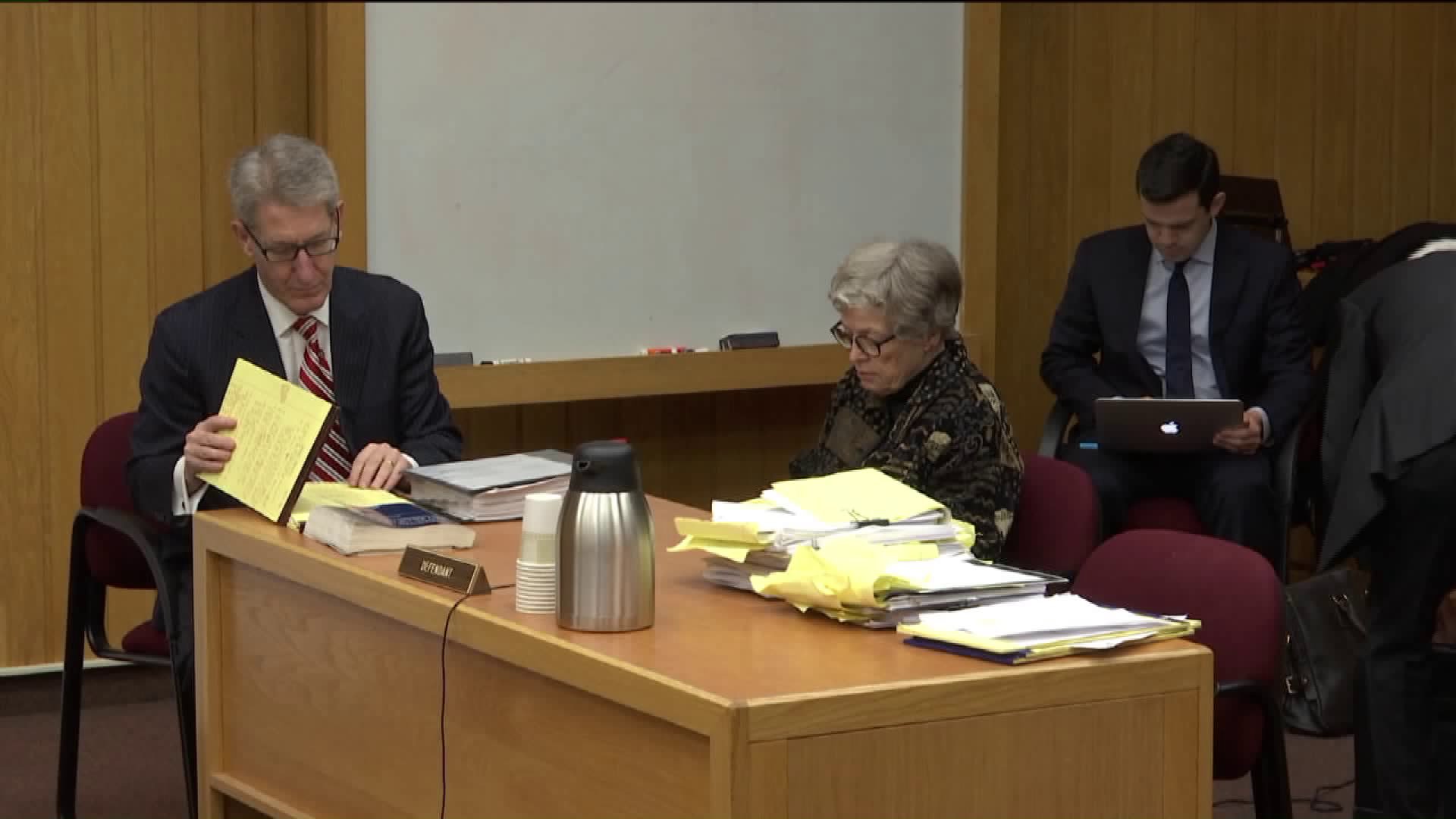 CHARLOTTE, Mich. (AP) — A hearing has begun to determine if a former Michigan State University president will face trial in a case related to the Larry Nassar scandal.

A judge listened to one witness Tuesday, a woman who was molested by the sports doctor.

Amanda Thomashow, a former MSU graduate student, testified that she had plans of becoming a neurosurgeon before she went to see Nassar for an old back injury. Since then, she said her life has never been the same.

"I was just frozen, like how do I get out of this room alive,' she said describing the assault, "I was sitting in a room with a monster."

Thomashow also testified about several physical and psychological impacts the incident had on her, including insomnia, anxiety attacks, ulcers, sore's in her mouth, and suicidal thoughts.

She said, "Thanks to MSU, I can`t park on the top of parking structures, because of the overwhelming urge to drive off of them."

The Michigan Attorney General's office is planning to show through a series of e-mails, phone calls, and a meeting in May 2014, that Simon knew of that abuse.

Prosecutor, Scott Teter said, "What happened to her and her how report was handled by MSU, and it went all the way to the defendants desk, before being swept under the rug, sets the motive for the defendant to lie."

Prosecutors said Tuesday, Simon and Russell held a meeting in 2014, where Simon was made aware of the sexual assault complaint, specifically naming Nassar. Simon's attorney said, Russell doesn't remember any of that.

Mayer Morganroth said, "She`s been interviews a multitude of times, I`ve seen the interviews that they did, and in every interview she says she doesn't even remember meeting with Lou Anna Simon on May 19th at all."

Authorities say Simon knew in 2014 that Nassar had been accused of molesting a woman at a campus clinic, but Simon told police that she knew only that a complaint had been filed against a sports doctor.

Simon's defense team also said in opening statements, that the timing of the whole investigation into Simon was political and a stunt when the former Attorney General was running for Governor.

Morganroth said, "They don`t interview her before then for all those years, but they do just before the election."

Dan Olsen, a Spokesperson for the Attorney General's Office said to reporters, "We don't take these facts lightly. We go where the facts takes us and we're loyal to the truth."

Simon is charged with two felonies and two misdemeanors and Nassar is serving decades in prison for possessing child pornography and sexual assault.