Man critically injured after US 31 crash in Grand Haven Twp. 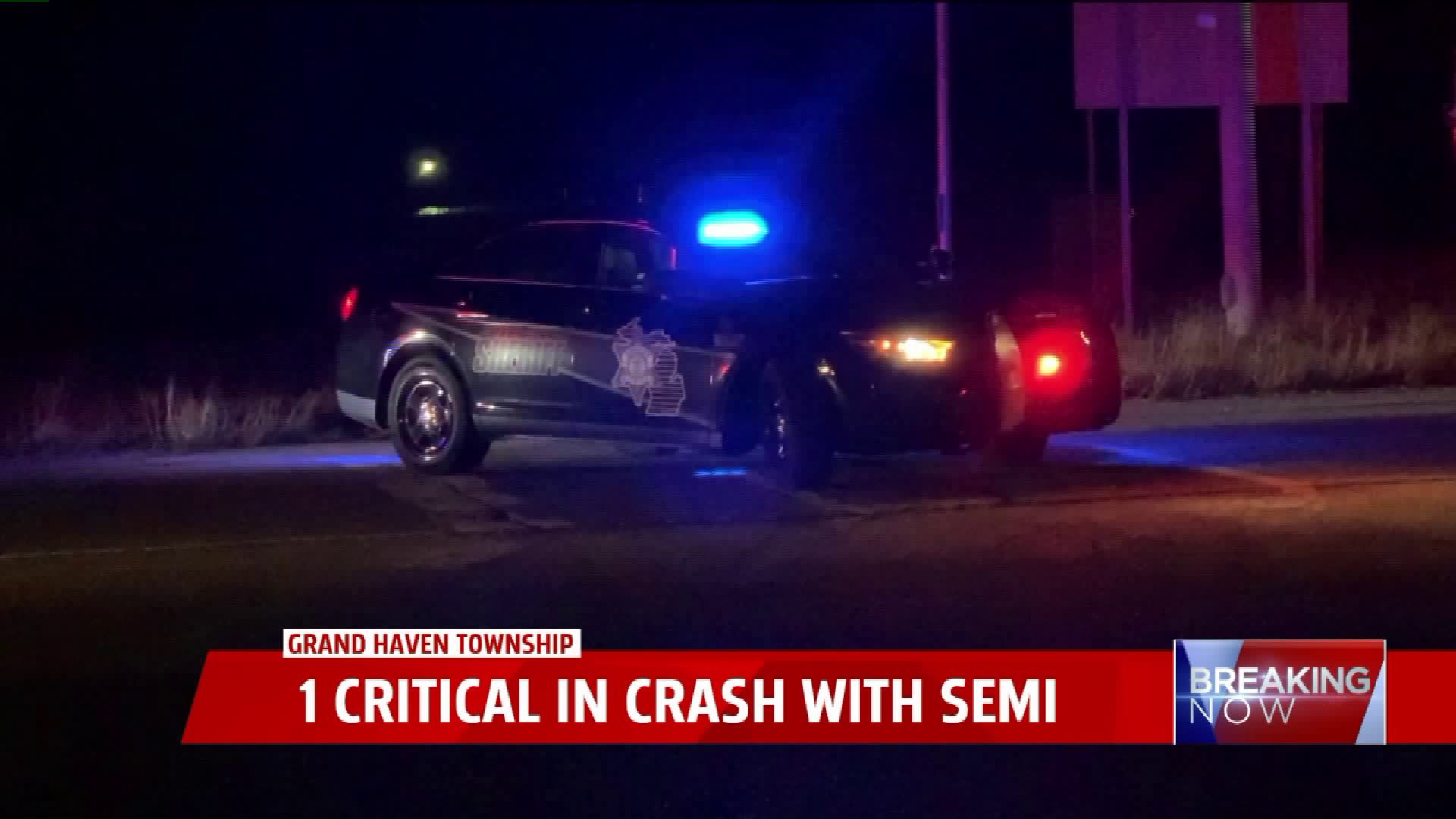 GRAND HAVEN TOWNSHIP, Mich. -- An Ottawa County man is in critical condition after a crash with a semi early Tuesday morning.

It happened just after midnight near the intersection of US-31 and Hayes Street in Grand Haven Township.

The sheriff's office says Eugene Brookfisher, 76, failed to stop for the red light on Hayes Street and collided with the semi truck that was driving northbound on US-31.

Brookfisher was trapped in his car for some time and suffered critical injuries; the driver of the semi was not hurt.

The intersection of of US-31 and Hayes Street was closed for cleanup until around 4:30 a.m.