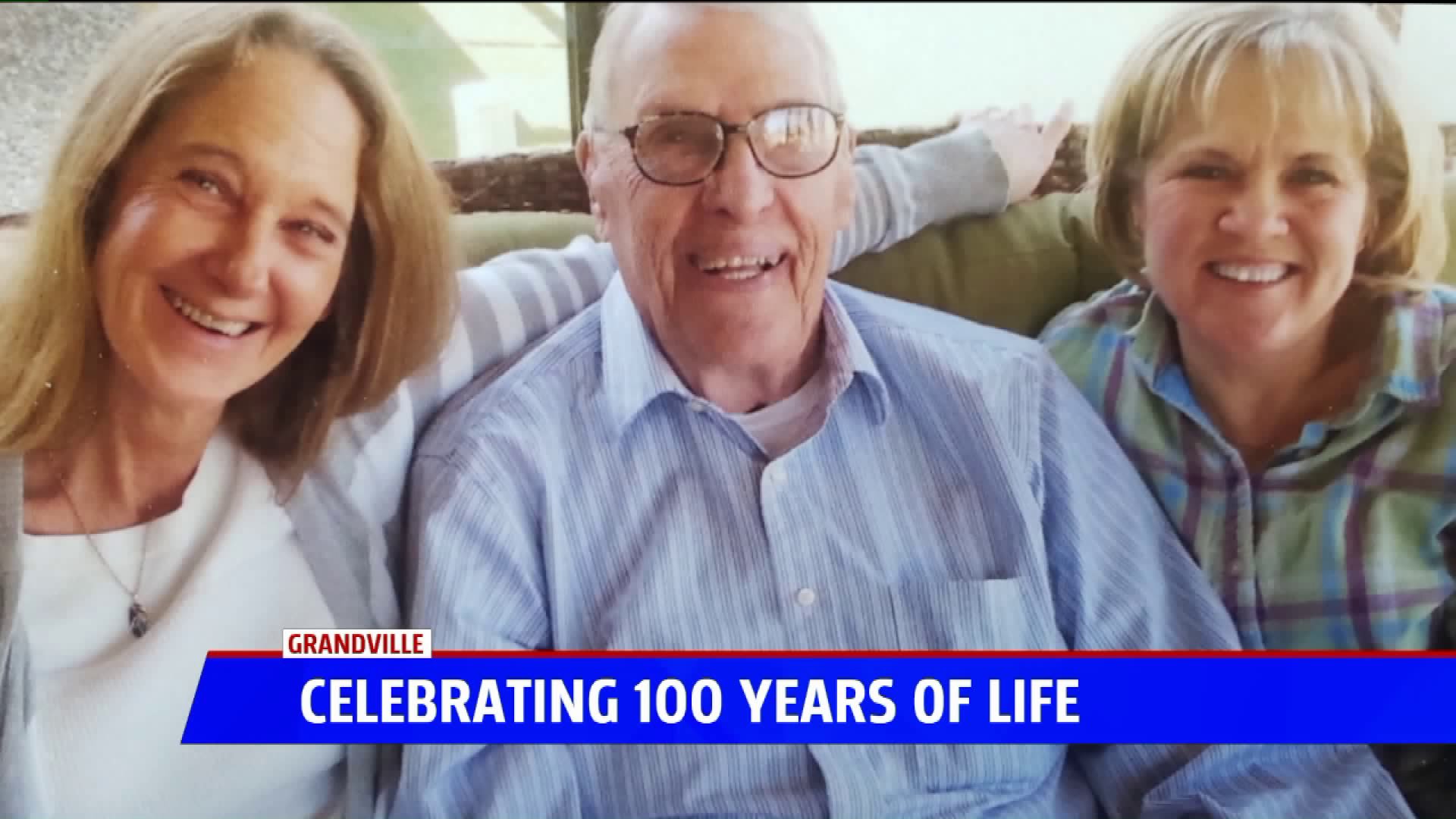 "I never thought I'd live to be a hundred," he said, “but the years are gone, and I'm into the second hundred.”

Ypma joked about eating during this week’s celebrations. "I've got to watch it, otherwise, I'm going to outgrow my 50-year-old pants," he chuckled.

Ypma describes himself as a farm boy from Minnesota. His earliest experiences are that kind that today others learn through history books and museums.

"I learned to drive in a Model-T," he recalled.

He lived through the Great Depression under President Herbert Hoover. "Then, of course, Franklin D. Roosevelt came into office after him, and he was the first president I voted for.”

He said he was in the service at the time and went on to serve in World War II as a military policeman. He survived the deadly dengue fever while stationed in Australia and returned home in 1945. The following year he "got married to one of the finest ladies you know," he said.

While in ministry in Grand Haven, he and Marge Ypma, his first wife of 54 years, adopted two 3-month old girls, Mary and Ruth. He said they help him keep up with the times: they are the reason he owns a smartphone.

"I was afraid when I first got it that if I punched in something, the next thing, Putin would be talking to me, and I said I can't stand that," Ypma half-joked.

Marge Ypma passed away in 2000, and at age 83 he married a widow named Ruth. He said they were together for twelve happy years until her passing.

Ypma has lived a full life in ministry, counseling, and missions. He has helped the people in West Michigan and has spread the gospel around the world.

"I am joyful at being alive," he said. “I can sit with you this morning and talk and you know at 100, Alzheimer's and dementia are a common thing today.”

Ypma said he's fortunate he can still remember across the decades. Of all the changes he's seen, the one thing that's remained the same is the very thing he gives credit for his longevity. "The Christian life hasn't changed, and that's 79 years of experience with me, and the Lord has been very good to me."

Ypma said he loves junk food but avoids it.

This Saturday, he and his family are celebrating the big 100 with a party.