12-year-old boy only wants one thing for his birthday: blankets for the homeless 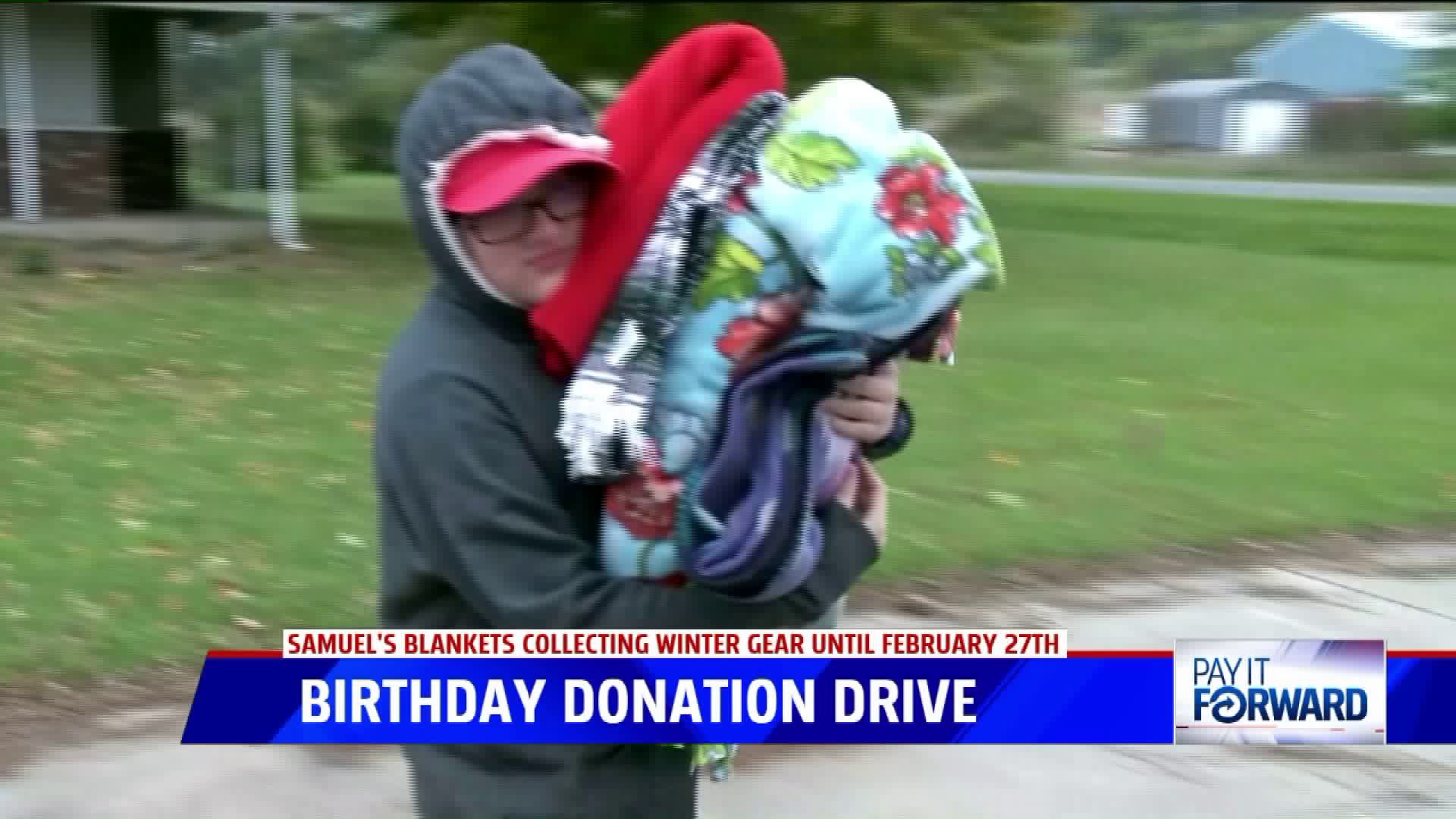 12-year-old only wants one thing for his birthday: blankets for the homeless

OTSEGO, Mich. — Samuel Verhage and his mom Denise stopped by Mezzo Coffeeshop Wednesday morning to check inside their donation box. When they looked in, there were three were store-bought blankets still wrapped in its plastic. Samuel said he’s confident that number will grow to hundreds by his late February.

“My birthday is on the 27th and I want 270 blankets,” Samuel said during an interview at Mezzo.

For the past few years, Samuel has collected blankets through his organization called Samuel’s Blankets for the Homeless. Last November he had a goal to collect 1800. Before Thanksgiving, he exceeded that number reaching 2,585.

“He so passionate about helping others,” his mom Denise said. “He has seen a need and decided to do something about it.”

Samuel and his mom passed out the blankets at MLK Park in Kalamazoo the day after Thanksgiving. After that they thought they were done for the season and would wait until next Fall to do it again. However Samuel changed his mind after last week’s subzero temperatures. All he could think about during that time was the homeless men and women he said.

“Just sad that people had to live in that condition,” Samuel said. “Wind chills were -40 degrees out. And that is very cold. I couldn’t even go outside.”

This week Samuel began his birthday drive. He’s asking for donors to drop off clean, new or gently-used blankets at one of seven locations in Kalamazoo and Allegan counties. He’s ultimately hoping his birthday wish will come true.

“I think he realizes that he can’t wipe out homelessness,” Denise said. “But he can make it more comfortable for some of the people in our area.”