Rivers rise in Portland due to Grand River ice jam 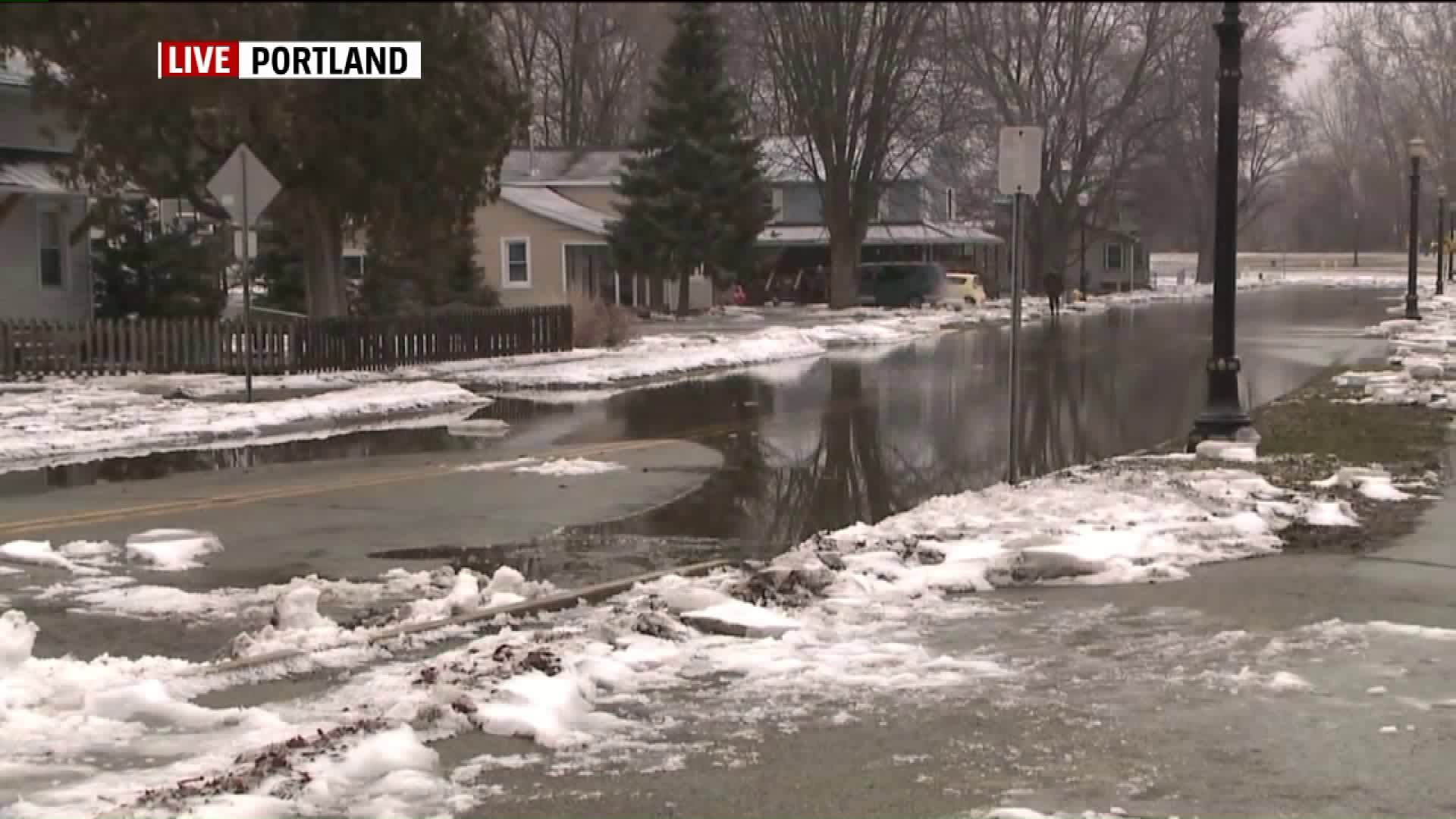 PORTLAND, Mich. -- More than 50 people in Portland have been displaced by flooding along the Grand River and the flooding is affecting area businesses, too.

The owner of The Blue Mason Jar, located at 160 Kent Street in Portland, says she woke up to a phone call alerting her that her business was flooded with several inches of water inside their basement.

"When I got here I was shocked because my basement has never flooded before," said owner Pat Kline, who also says other area business are also impacted by flooding.

The shop is made up of several different vendors selling a variety of different items like gifts.

"We do have some damage, things got wet, they're antiques, handmade items and yes things get damaged," Kline said.

She says she plans to start cleaning up the mess by bringing in sump pumps to hopefully get the business dried up.

Business are not the only ones affected, homeowners are, too.

Emergency officials have been working to evacuate affected areas and supply temporary shelters for those impacted.

County officials warn flood waters can rise very quickly and residents who live along the river are being encouraged to evacuate their homes.