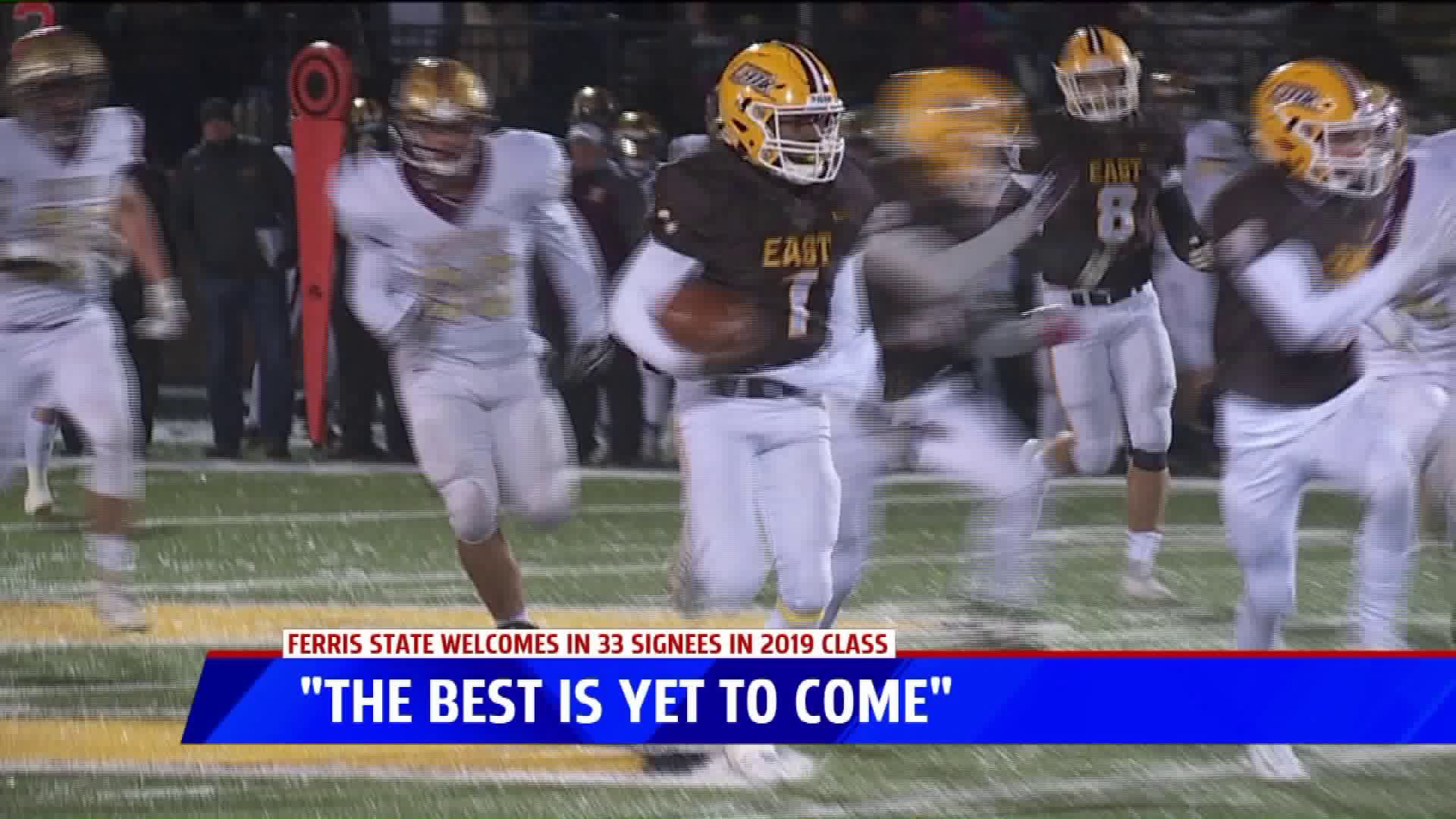 BIG RAPIDS, Mich. -- After an appearance in the national championship game, Ferris State has another loaded recruiting class. On Wednesday, head coach Tony Annese announced the signing of 33 players, including 27 from the state of Michigan.

The Bulldogs received commitments from several hidden gems in our area, including Zeeland East quarterback Gabe Taylor, who racked up 32 total touchdowns his senior season.

"Definitely their program," Taylor said on why he chose Ferris. "Their style and system is a lot like Zeeland East. We get a lot of plays from them, so it'll be an easy transition for me."

Taylor also says the chemistry is high among all 33 signees.

"We have a group chat with all of the commits, and we're so excited to get working because we feel like our class could be big," he added.