Getting healthy from the inside out. Is Detoxing right for you? 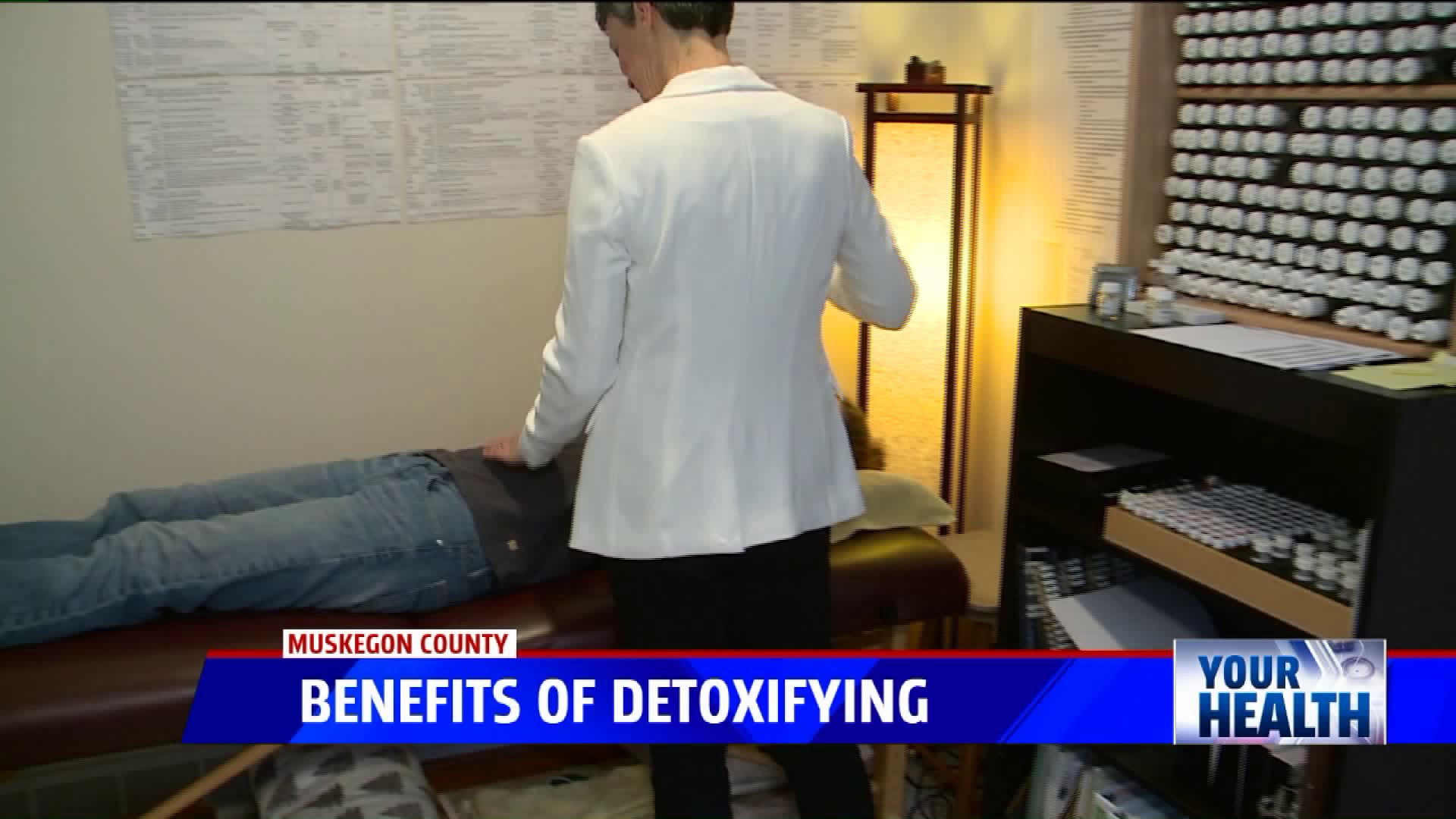 WHITEHALL, Mich. -- A new year means another chance at living a healthier life.

Detoxing has become a growing trend that's said to clear the body of toxins. It's known for benefits like giving you energy, curbing food cravings, and even clearing your skin.

Crystal Brummans said she started feeling run down, was always cold, and never seemed to have enough energy to get chores done around her farm.

"I have parasites," Brummans said. "I work on a farm. It was a wet, growing season, and that's what I think happened."

She and her husband own Hidden Creek Farm in Muskegon and pride themselves on being a chemical-free establishment.

"If I'm already taking things this far, having our own farm, taking care of myself, than I need to make sure I'm in good shape."

So she turned to Pamela Worth, naturopathic practitioner at Healing Tree Natural Health Improvement Center.

"Hot flashes, headaches, rashes, difficulty thinking, people call those the symptoms that people go to the doctor for but in reality it's your organs, over time, handling the toxins," Worth said.

She specializes in helping people reach their optimal level naturally, without the use of drugs. She does this through what's called Touch Therapy and Nutrition Response Testing.

"We don't cover up symptoms," Worth explained. "We go to the cause."

"It takes 90 to 120 days for cells to rejuvenate. So people who come to me will be with me for a year to three years, five years. I always ask people how long are you going to be with your dentist?"

Other ways of ridding the body of toxins are commonly known as liquid cleanses which, some experts warn, could leave you without some important nutrients.

Kristi Veltkemp, a registered dietician with Spectrum Health, says our bodies are already designed to rid itself of toxins through functions like bowel movements, sweating, and just having a good diet.

"Cruciferous veggies are key to help with that detoxification process in your liver," Veltkemp explained. "Broccoli, cauliflower Brussels sprouts, cabbages, sulfur-containing things like garlic and onion. Even your eggs that actually increases glutothiane in your body that actually helps with detoxification."

She cautions against looking at detoxing as a quick fix.

"The hard part of the detoxing, like I said, there's not a lot of uniform ways of testing or uniformed approaches to what's the best way to detox," Veltkemp explained. "There's not a lot of research to support anything specific."

In the meantime, Brummans says, the therapy she's been getting the past month-and-a-half with Worth is already making a huge difference.

"If you've been going to a regular care practitioner for a long time and don't feel like you're getting the results your looking for, try other options." said Brummans.

As always, before making any drastic changes to your lifestyle, be sure to talk to your doctor.