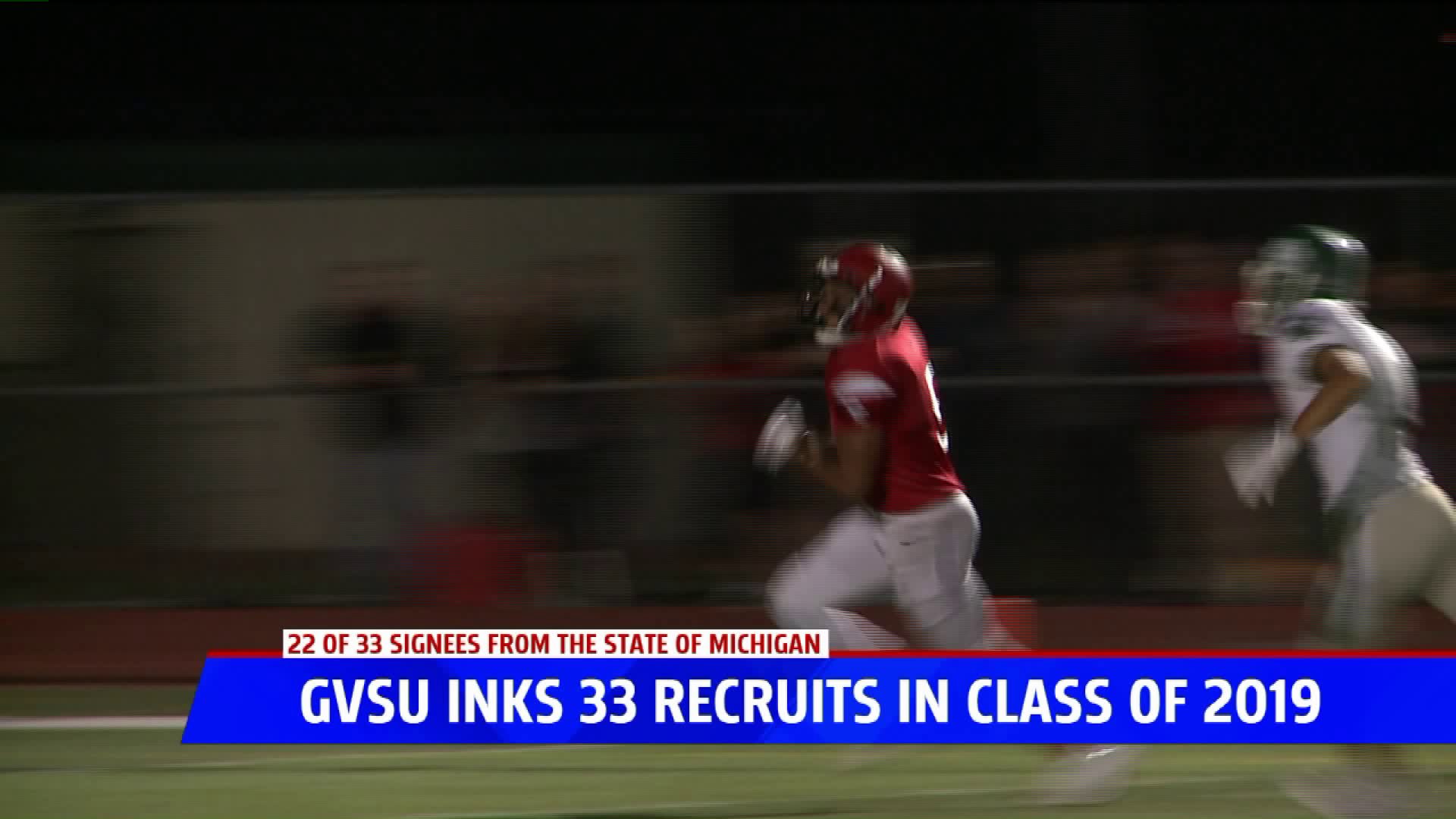 ALLENDALE, Mich -- Northview wide receiver Cody Tierney is one of the top talents in West Michigan and recorded 1,186 receiving yards and 14 touchdowns in his senior season. However, Tierney never received major Division-I interest and signed with Matt Mitchell and Grand Valley. The list goes on for West Michigan talent remaining in the area to play for the Lakers. Greenville tight end Gavin Cossou is another soon-to-be Laker after being injured for much of his senior season but at six-foot-six, he's an athletic tight end. The Lakers also signed Allendale kicker, Jeremy Wiersma and Montague linemen Luke Marsh as well as Jaden Mabin of Mattawan.

"I think it compliments the class of 2018, we signed 44 kids last year and they're killing it right now," head coach Matt Mitchell said. "I think the future is bright for the 2018 class, then we addressed some needs this class, so i'm really optimistic that we stacked two really really good classes together."

Wiersma is excited to remain in Allendale for his college career.

"It's an awesome school," he said, "the fans are amazing, it's competitive, they're always doing good, I'm always trying to look for the best competition possible so it's going to be awesome."