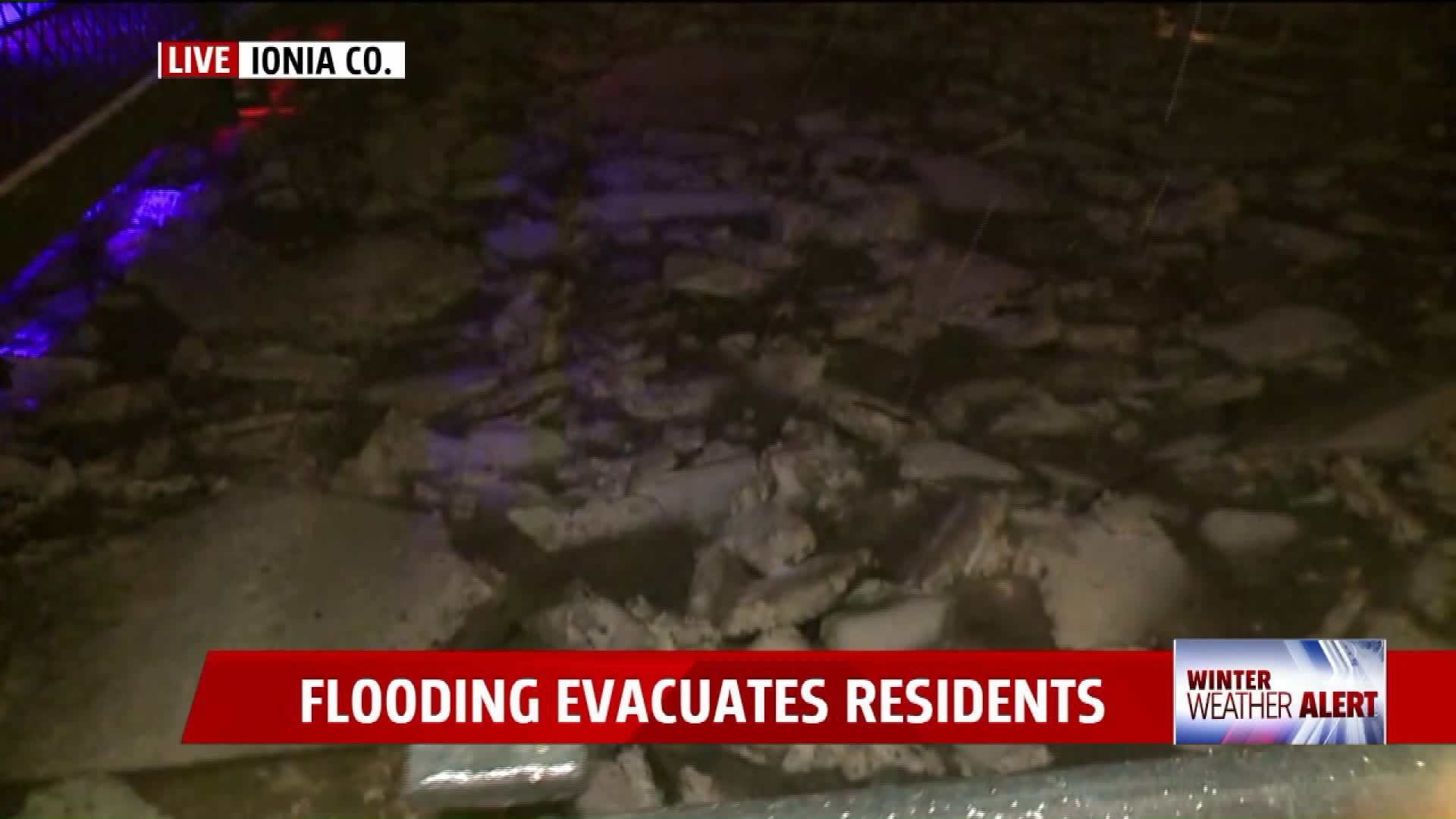 PORTLAND, Mich. -- About 50 residents in Portland have been evacuated from their homes as the Grand River is flooding over its banks.

Emergency officials have been working to evacuate affected areas and supply temporary shelters for the approximately 50 people who were displaced.

County officials warn flood waters can rise very quickly and residents who live along the river are being encouraged to evacuate their homes.