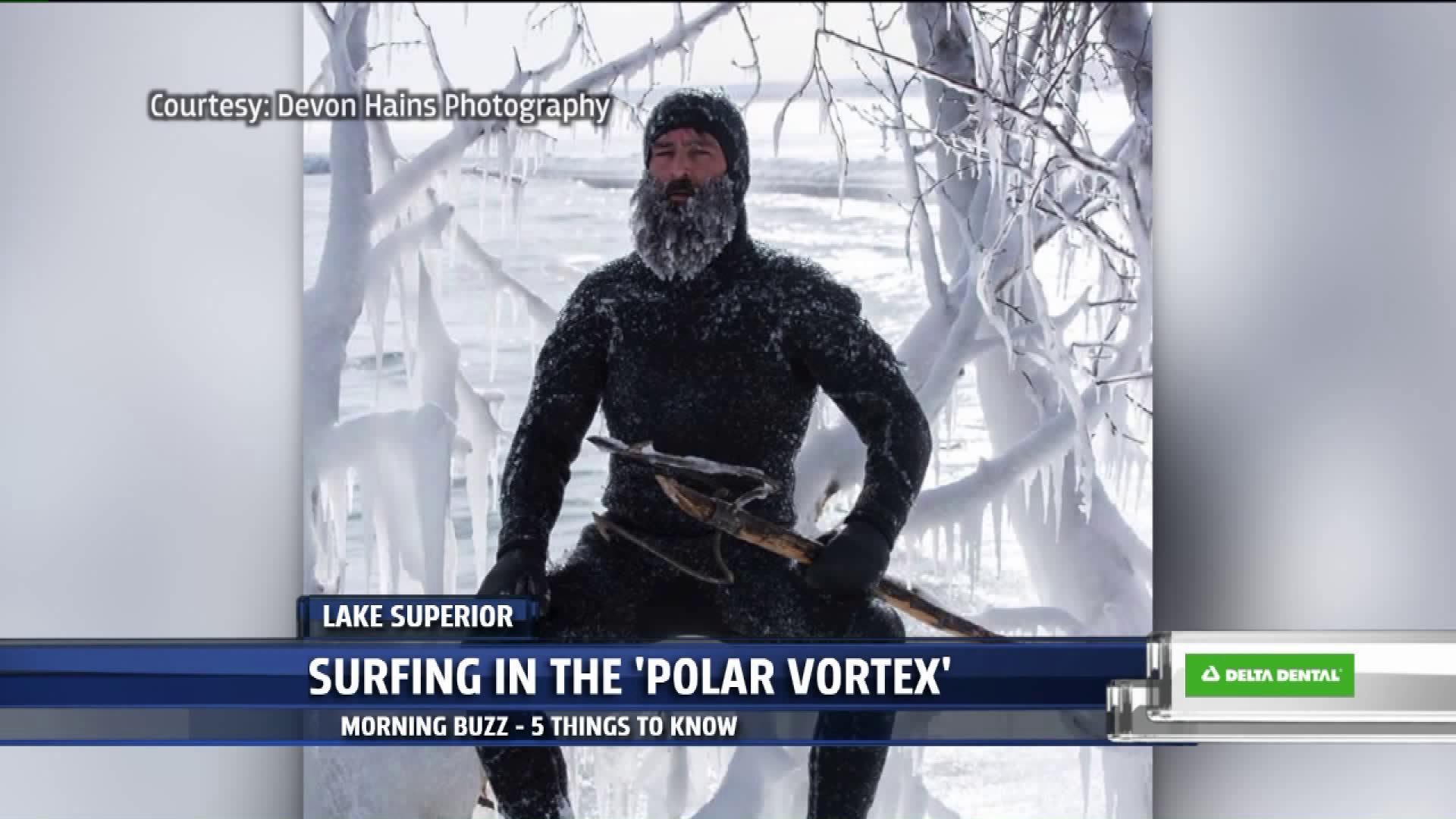 Viewer Andrew Sietsema sent in photos. He said he came across the interesting formations while pruning apple trees. It turns out the freezing rain coated rotting apples, creating a solid icy shell around them. When he pruned the trees, they would shake, causing many of the frozen apples to fall off, ice and all.

Turns out these were Jonagolds, but now they'll be called Jon-a-ghosts.

2. Most people tried to stay indoors during last week's Polar Vortex, but some were actually embracing it. Two guys actually headed to Lake Superior to surf.

In the video above, you can see the ice collecting on both their beards and the tridents they brought along.

They are said to have years of experience and took the proper precautions and know their limits.

The guy who took these pictures said he had to put on several layers, a face mask and took a bunch of hand warmers just to snap the photos.

3. Ford International isn't the only airport seeing more and more travelers these days. The Muskegon County Airport is seeing an increase in numbers as well.

In December, they saw a 38 percent increase in passengers, compared to the year before.

The airport says its all thanks to their new "Travel-Friendly Schedule" they launched in October.

United Airlines is the only airline that flies out of Muskegon, offering daily round trips to Chicago.

4. Ever heard of Pancizza? It's a large pancake just served to look like a pizza.

IHOP customers can choose from three flavors: buttermilk, cupcake, or bacon and cheddar.

Each Pancizza costs about $5 and is served in select locations.

It's the perfect combination of sugar and spice, that's according to the baker and inventor of the liver meatloaf donut, Florian Perkmann.

Perkmann says it's a very conventional donut with raspberry filling, but it's the addition of liver meatloaf and sweet mustard that gives you a new taste experience.

Perkmann says people were a bit skeptical at first, but now he's already putting out 70 to 80 orders a day.

The donuts are served at a Bakery in Germany.