Portland bridges close due to rising water and ice 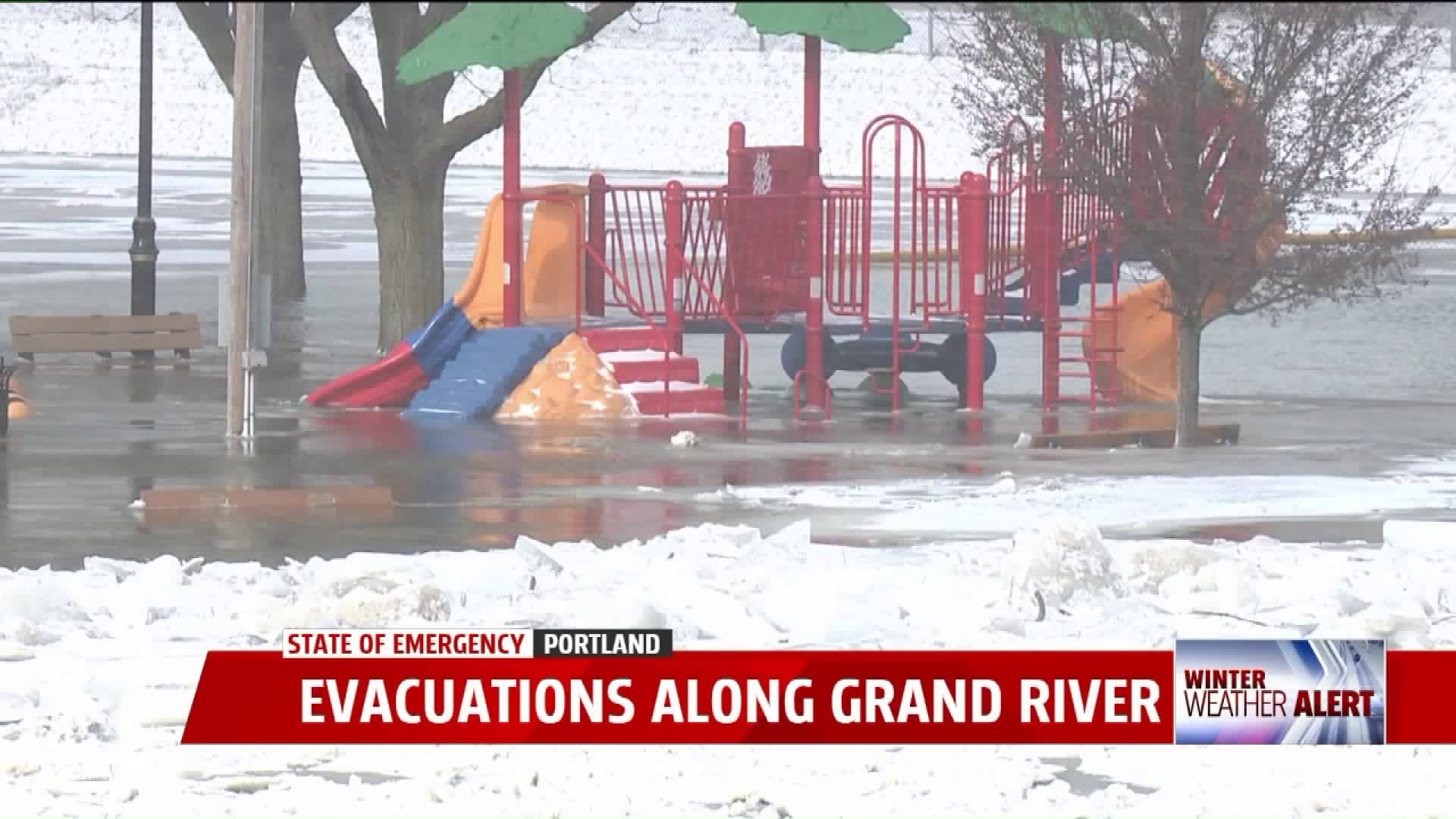 PORTLAND, Mich. — Three bridges in Portland have closed due to rising water and ice.

Portland City Hall is serving as a temporary shelter until a permanent location is established.

Due to excessive storm water flooding into the city’s water treatment facility, it has had to operate at levels that exceed the design. In order to keep it running, partially or untreated waste has been discharged into the Grand River, leading to a no body contact advisory for anyone downstream from the plant.

City officials say the electric grid is in stable condition, but power could be disconnected in some areas. A release says the city has been in contact with the U.S. Army Corps of Engineers, who said using explosives or other means to break up the ice wouldn’t be an effective solution.