Residents moved from retirement home due to power outage 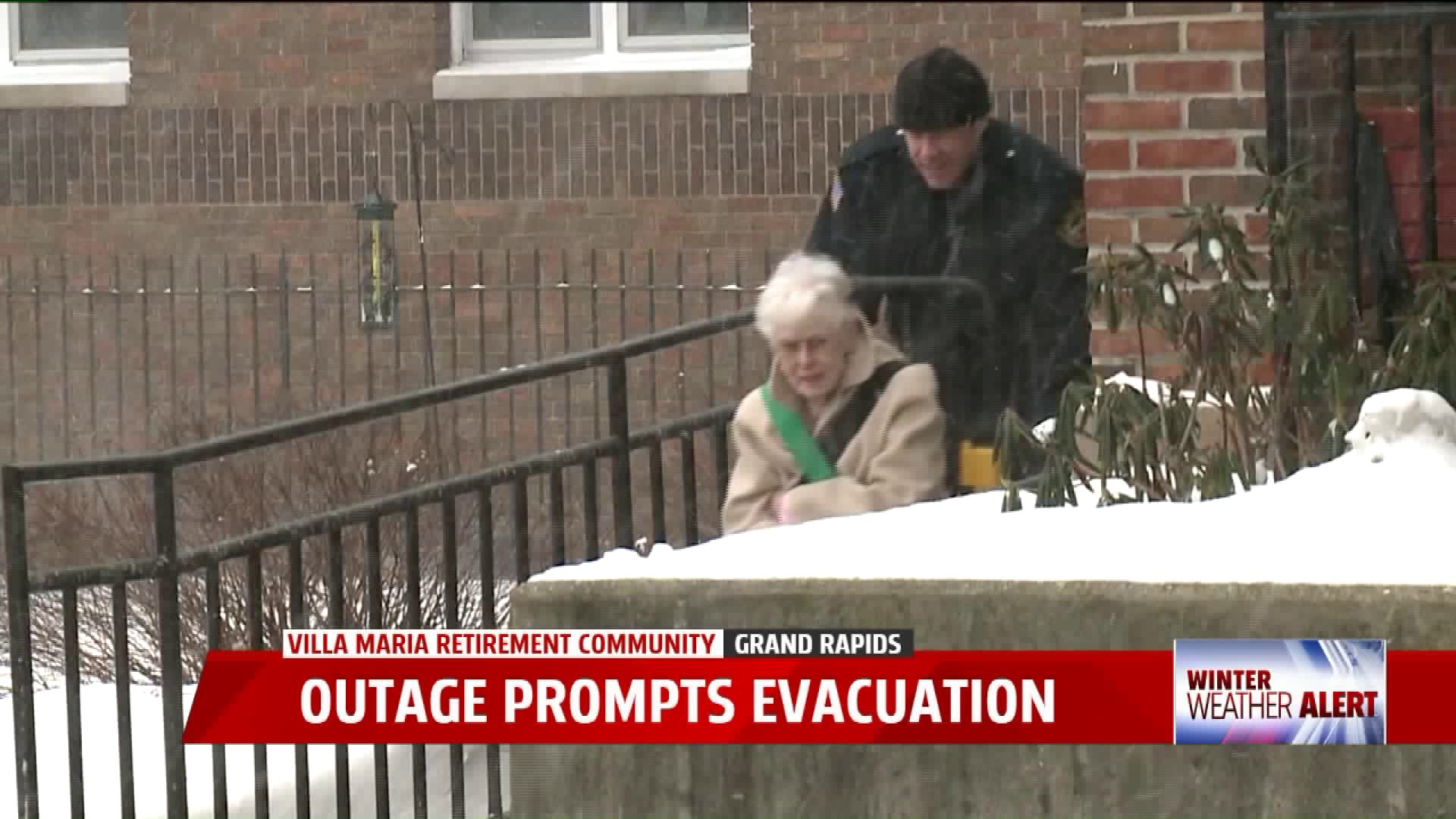 GRAND RAPIDS, Mich. (FOX 17) — Over a hundred people at a retirement home in Grand Rapids have been moved to a high school after losing power earlier this week.

Villa Maria on Walker Avenue NW has been without power since Wednesday. Management became more concerned Friday as temperatures dropped inside the facility.

Officials say that many of the residents had family members come to take them home for the weekend.  Police, fire, AMR and Life EMS wheelchair transports and The Rapid all assisted in the operation. Kent County Animal Control has been on scene taking care of people's pets.

Consumers Energy says it's trying to restore electricity to senior centers and nursing homes by Friday. Freezing rain and other rough winter weather caused the outages this week.